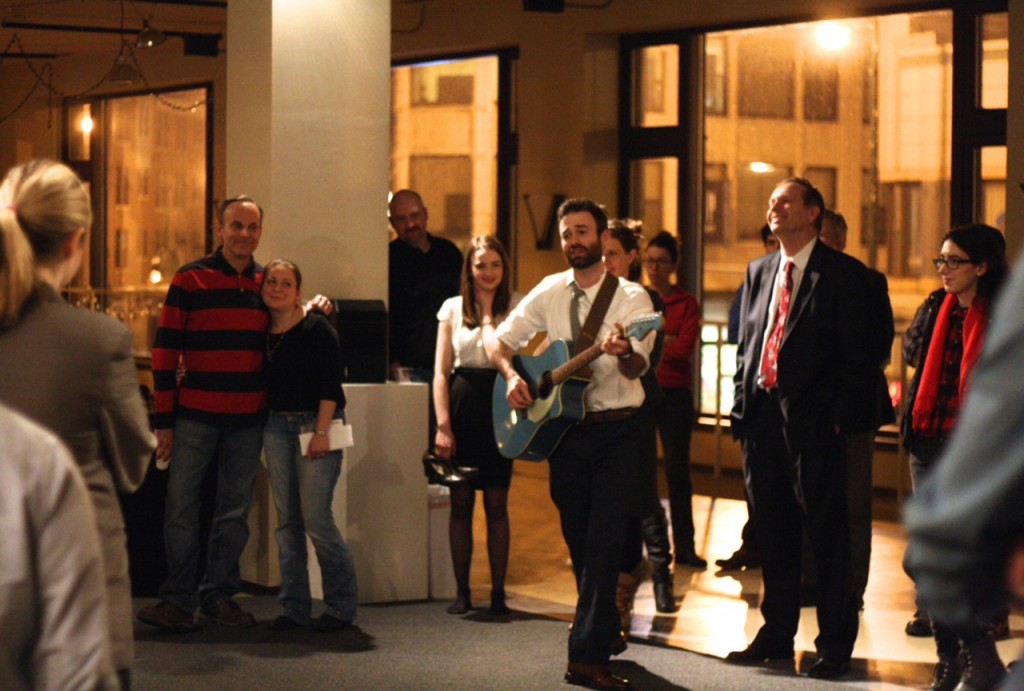 A good alternative title for “finding gräfenberg” might be “man, it sucks to be a woman.” Apart from the ubiquitous extra-narrative evidence (see: advertising in general, income disparity, Hobby Lobby, etc.), there is plenty within the play to back up this perhaps overly explicit title.

The women of “gräfenberg” are the objects of much sexual frustration yet are ritualistically shamed for their own desires. And they don’t even have each other to rely on. During the company Christmas party, Becca Savoy’s self-proclaimed featureless office drone admits that while she is savvy enough to recognize the tactics of marketers, she purchases certain products in order to impress men and cause women to feel inadequate. Like the play itself, her monologue is poignant, hilarious and affectionately sloppy.

“gräfenberg” is highly empathetic when it comes to the utter bullshit we put up with at work. As it turns out the frivolous drivel by the water cooler actually makes for some pretty compelling stuff when strained and compacted. “The Office” is an obvious touchstone here. Writer/director Graham Brown (who also acts in his play) regularly pushes “gräfenberg” toward satire though he strikes a balance with moments of lucid candor.

The contradiction at the heart of “gräfenberg” is a necessary one. While the play is no doubt ridiculous, even bizarre, at times, it’s also unapologetically honest. As one scene transforms into another without warning, so too do relationships shift seemingly without provocation. The audience members function as bit players and are occasionally used as targets for speeches or props for visual gags, blurring the line between spectator and participant. In doing so, Brown captures the uncertainty, urgency and conspicuousness common to budding relationships. Slipping effortlessly between nerve-wracking anxiety and blissful fantasy like a new lover, surrounded by strangers, awaiting a response to their emoji-filled text, “gräfenberg” captures something essential while operating under the guise of experimental theater.

There are certainly more articulate plays about sexual fluidity, emotional physics and relationship dynamics. Yet, the humble, bumbling quality of “finding gräfenberg” is not just endearing, it is also welcome. (Kevin Greene)