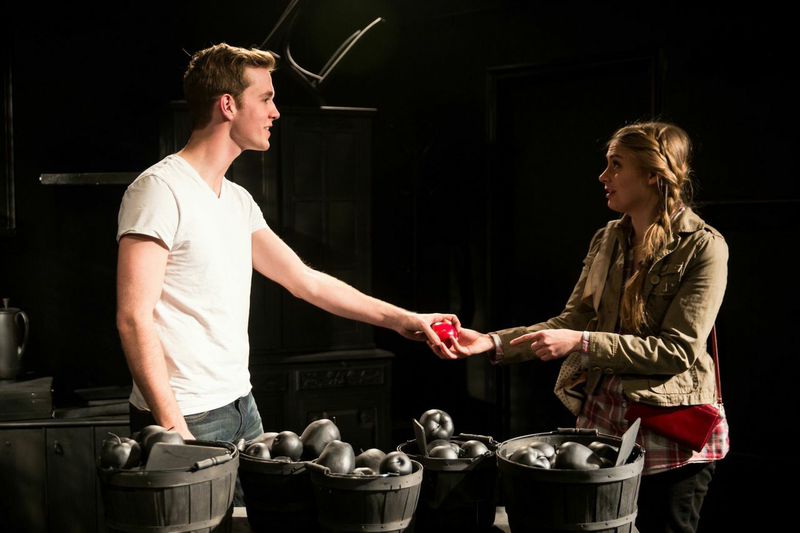 Who hasn’t spent a romantic day with someone that could be described as “magical?” But for Jenny (Kristen Johnson), the heroine of Shannon Pritchard’s new play “Traces, ” the magic involved in her one-night stand with Tom (Will Kiley) is a little more literal. A lot of guys will “disappear” once the sun has risen but Tom actually disappears. Based loosely on the Scottish folk ballad “Tam Lin, ” the show follows Jenny as she is driven by an unexpected pregnancy through the streets of Chicago in search of him.

Jenny is also a pretty standard twenty-something, so the path she takes is a meandering one. And the play is a meandering one too, so much so that it often meanders itself right into a dead halt. The show has a rich, faerie-tale-meets-urban-millennials premise but so often gets bogged down in modern-day minutiae that even at ninety minutes it still feels long.

A lot of the fat that could be trimmed consists of banter, which clogs up many early scenes. In fact, the show, directed by Jessica Fisch, gets noticeably stronger once it abandons banter for Pritchard’s noirish fantasy world. When the stakes are raised, folks get down to business.

The charming cast members often feel like they’re overcompensating for the weakness of the material. There is a lot of mugging and goofiness that simply doesn’t land.

The set, by Emily Tarleton, is an elegant black hodgepodge of scenery. It’s both evocative of daily life but also heightened and somewhat alien: the regular world made strange again.

The show does have several moments that work. Patrick Budde as the evening’s busker emcee is a cheerful, mildly spooky guide. Johnson and Kiley have genuine chemistry, with Kiley especially nailing Tom’s innate warmth and attractiveness all the while setting off alarm bells in the back of your mind. A chilling ghost story, an otherworldly rave and a tender kiss in chalk-made snow are all moments that pop and, more importantly, stick. If “Traces” had more of them, it would stick too. But right now it’s just a one-night stand. (Alex Huntsberger)