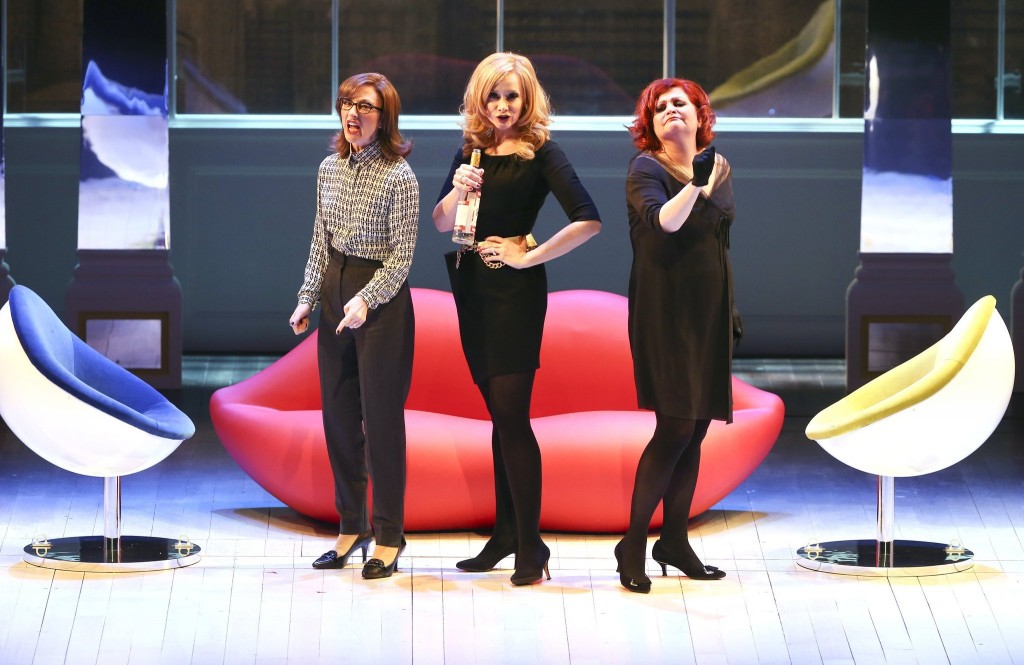 Opening night for pre-Broadway shows in Chicago can be fun. The excitement both real (will this be the next “The Producers” or “Kinky Boots”?) and manufactured (red carpets, Klieg lights and TV crews breathlessly interviewing the handful of celebrities and “celebrities” who show up), coupled with a house packed with producers and their enthusiastic friends not only heightens expectations but gives a sense for the personal efforts that such undertakings represent, both creative and financial. At the opening night for “First Wives Club,” the lead producers grabbed a mike at the curtain call and, after pointing out celebrity guests like onetime hit makers Holland, Dozier and Holland (who wrote music and lyrics for this show), along with former TV royalty Linda Bloodworth Thomason (who wrote the book), gave shoutouts to several of the investors in the room, in recognition of the long journey and huge investment a show like this represents.

But as much fun as all this “business” of Broadway is to see, we don’t want to see a prospectus on the stage. Alas, that’s the current state of “First Wives Club.” You can almost imagine the elevator pitch: “Sixty-plus woman going with friends—the sweet spot of Broadway profits (I’m making this up)—we’ll craft a show specifically for them.” With its cliché and stereotype-ridden story of three wives dumped by their caddish husbands in favor of dumb-blonde (of course) trophy wives plus one kinky brunette (“50 Shades of Grey,” of course) who team up for revenge, the work is spot-on, I imagine, for the upper-middle-class sixty-plus white female demographic, and wholly offensive for everyone else. Even the gay audience will likely be alienated by the over-the-top but not in a funny way portrayal of the wives’ swishy partner in vengeance, a hairdresser (of course) masquerading as an interior designer (two stereotypes in one!).

Nevertheless, the show is reasonably watchable in a mediocre rom-com kind of way, thanks to very strong performances by its three leads, Faith Prince, Carmen Cusack and Christine Sherrill, and music that’s, at least, not just all jukebox retreads of Motown classics. But at Broadway ticket prices? I’d be surprised if the investors get much of a return on their investment but, then again, what do I know? I’m not in their target demographic. (Brian Hieggelke)