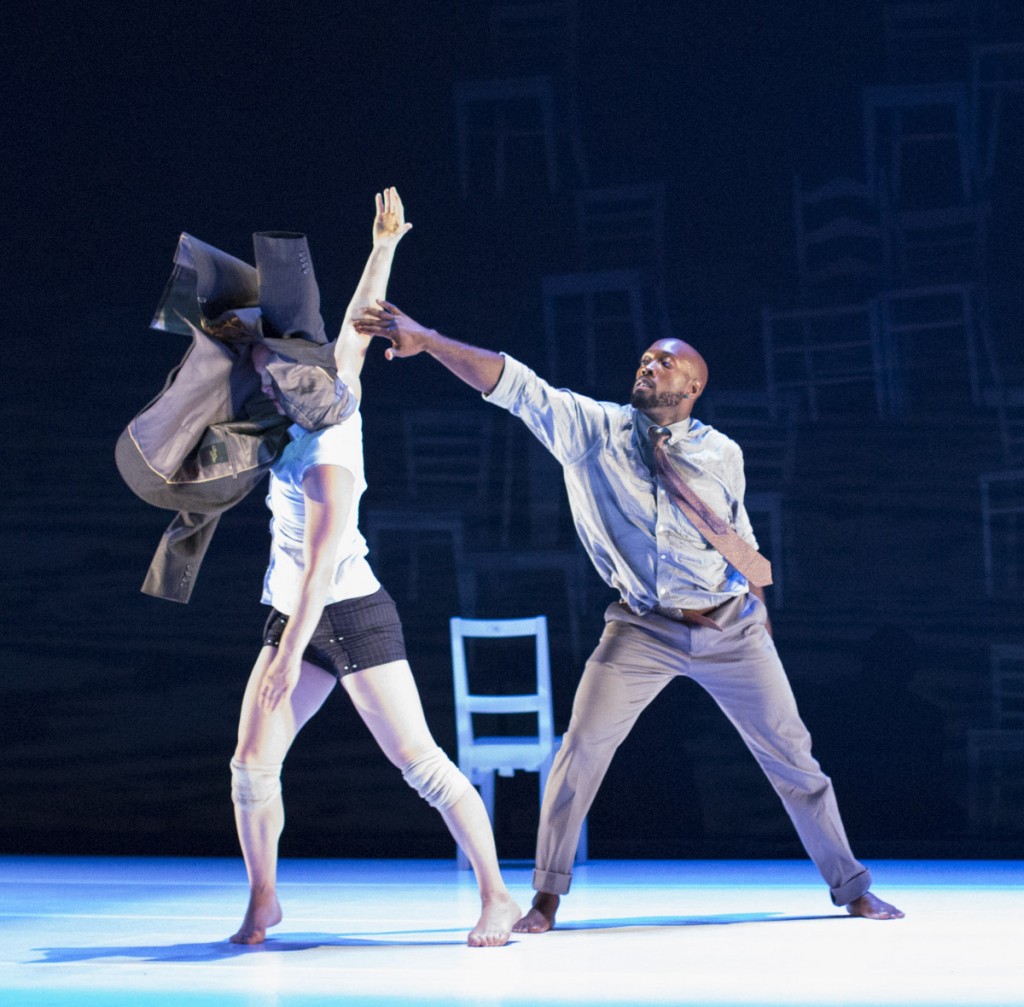 Whether addressing climate crisis, as in the 2012 “Exit Disclaimer: Science and Fiction Ahead,” the economic meltdown and Keynesian theory, as in the 2011 “Stupormarket,” or consumerism and the resultant landfills, as in the 2008 “Monument,” Carrie Hanson and her company The Seldoms turn scholarship, politics and issues most pressing our national consciousness into smart, funny, thought provoking dance theater. Their newest work, “Power Goes,” draws 1960s politics and the persona of Lyndon B. Johnson to our current Congressional malaise and explores the way power moves through individuals, groups and nations. Hanson spoke about the work via phone.

What interested you about LBJ as the subject for a dance performance?
This started with the biography by Robert Caro, which I picked up in 2012. He’s an incredible writer and it’s more literature than history. Johnson was a complex and fascinating figure; one of the things that struck me is how much attention Caro gave to Johnson’s physicality and how he used it as an instrument of power and persuasion, if it meant leaning into people or wrapping his arms around people. He went into everything he did; he was a very ambitious person, interested in accruing power. And he wasn’t ideological or pure—he moved around with his stance on any particular issue. He pushed through a lot of civil-rights legislation but, early in his career, he was on the side of Southern Democrats. Right now the public looks at congress as an ineffectual body characterized by entrenched ideologies. Once in a while something big happens like Obamacare, but otherwise the national mood is beyond disappointment. By contrast, Johnson’s congress was pushing out so much legislation. The thing that compelled me was the personality, the physicality, the accrual of power, his pragmatism and sheer tactical capability. He just knew how to make things go.

How did these ideas of power and physicality translate into movement performance?
We delved into how to illustrate that physicality: the actions between two bodies or the state of an individual when they’re moving through a moment of power or deceit. Then we go further out to how power moves through a group of bodies, which comes up in the Civil Rights segment. We did a showing of this last summer at the MCA and had a great talkback afterward. We didn’t show the Civil Rights section, but one woman commented that she needed to see some sort of dignity of the body. There’s a lot of aggressive interaction between dancers. The Civil Rights section has the body not in a state of agitation, but a state of resolve. It’s determined and purposeful and a little quieter—a quieter strength and power. 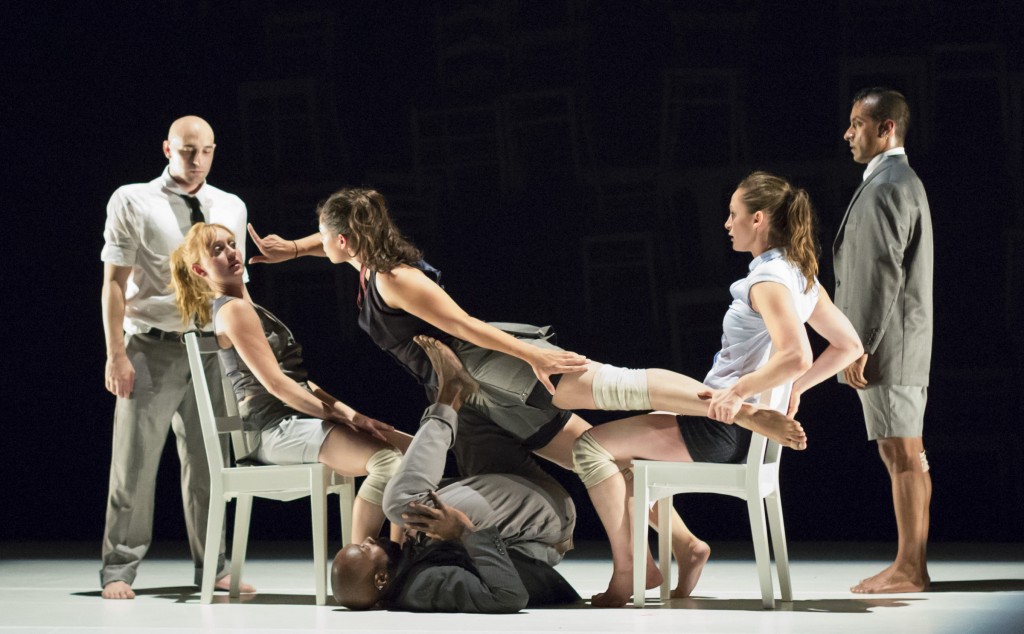 There’s a lot of physical engagement. LBJ was a great storyteller in small groups and one-on-one and used stories to make his point. We wanted to show how charisma and humor is an effective means of winning people to your side. One mode of power we’re playing around with has to do with how Johnson was not polished or elegant and he knew it. He was rough and crude and familiar with people whether he was imposing his body or imposing his personal casualness. We play with overly familiar tics when people think they’re alone or with their family. In a weird way it relates to power—we do these things when we feel we’re around people who don’t have power over us. A belch can be a way of letting people know you didn’t care that much about their opinion.

This is a huge subject—from individual to group to political power—and you cover a lot of ground.
It is really big. And then there’s Vietnam. Initially we’d decided to steer clear of Vietnam, we were afraid it would entirely take over the piece. We’re not trying to make a decision about whether LBJ was good or bad or resurrect his legacy. But midway through I found a way to resurrect Vietnam. It came out of physicality. We have a motif where the dancers are biting and barking; it’s not as outwardly aggressive as inwardly aggressive. We had a moment where we took it to outward vocalization that lead to the chant “Hey, hey LBJ! How many kids did you kill today?” That was my route into a very tricky subject. There’s a section where they’re doing a body count with numerical values fluttering through video. They call this section the Invisible Assailant because it’s long and hard and feels like you’re having a fight; it became an example of the effect of power on other bodies. In that section, no one has power—we see the effects of high power that’s far away.