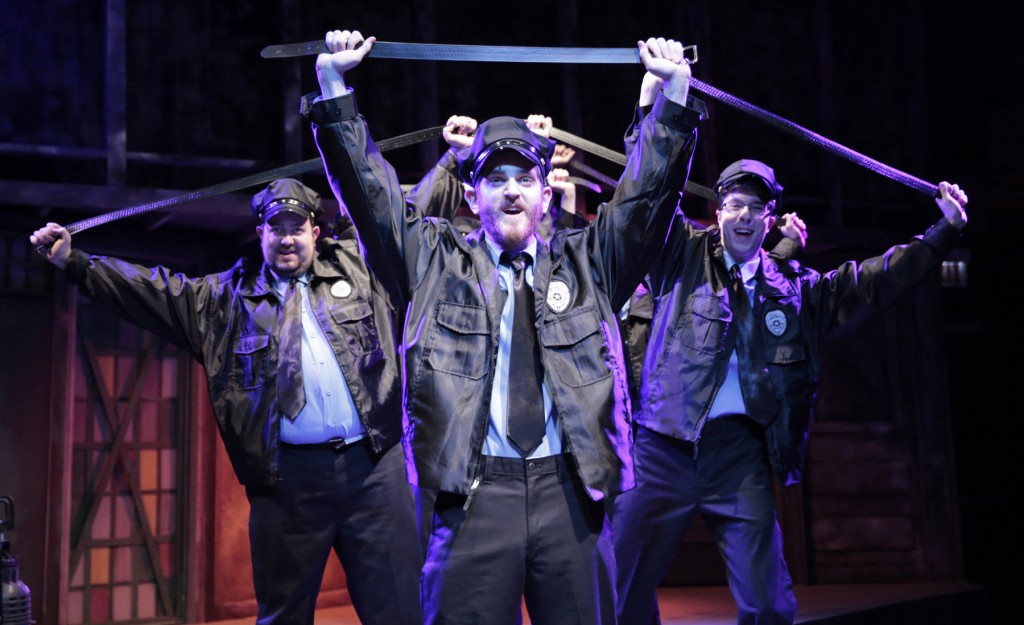 They say nothing cures working-class misogyny, homophobia and general bigotry like a little strip tease. As it stands, those who attend Kokandy Productions’ mounting of “The Full Monty” are in for a lot more than just a little tease. Intimate and red hot, I’d say this ain’t your grandma’s musical but it most definitely is. And your aunt’s, your minister’s and your ex wife’s, too!

A castration anxiety comedy set in less-than-idyllic Buffalo, New York, “The Full Monty” gets pretty handsy with its irony though it knows best when to slow things down. Paced like a true Hollywood byproduct, the show soars toward its climactic “can do” first-act finale. The second half gets a little lost in the ballads but more than makes up for it with the emotional range of this ensemble. Confidence is a group sport and the fellas are undeniably better in duet or chorus. The well-endowed Ethan (Greg Foster) and mousy Malcolm (George Toles) are particularly arresting as new lovers though Jerry (Garrett Lutz) and Dave (Scott Danielson) outpace them in homoerotic gestures by a long shot.

“The Full Monty” is assertive on both sides of the gender binary but, as the play’s lovely ladies will tell you, it’s a woman’s world. The wives of these “real men” are alternatingly tender and bawdy. As the foxy Vicki Nichols, Colette Todd is the best of them though Marsha Harman and Laura McClain are the perfect counterparts to their self-loathing husbands.

Within the tight confines of Theater Wit this production’s musical numbers kick and scream (in a very good way) thanks to resident music director Kory Danielson and choreographer Danny Spagnuolo. Together they bring all the vitality of this sexy, sizzling musical into a space the size of a Lincoln Park living room.

The second half of “The Full Monty” kicks off with a characteristically bluesy number from Caron Buinis’ Jeanette Burmeister, the play’s saucy Elaine Stritch surrogate, where she lets her boys know that while they may be getting better, things aren’t great. In the capable hands of Kokandy Productions, that statement couldn’t be further from the truth. (Kevin Greene)