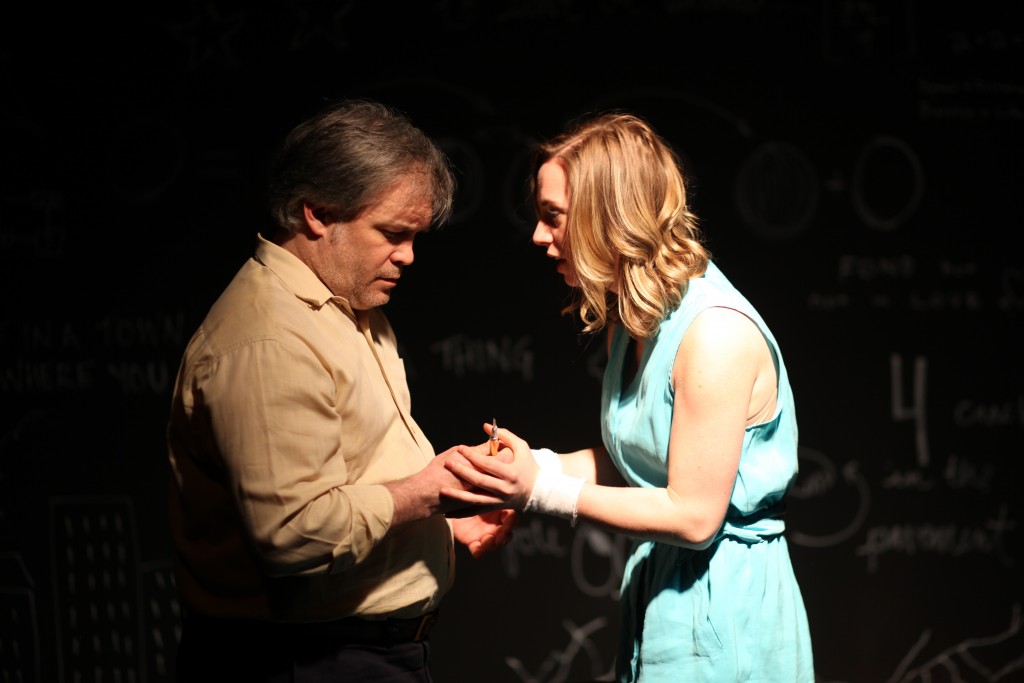 Any short-play festival will have a number of mediocre plays, a couple of stellar works, and one or two duds. In the case of “Today We Escape, ” a twelve-play presentation based on the tracks of Radiohead’s album “OK Computer,” Tympanic Theatre Company has more than its share of better pieces.

Because the included works are presented in the order of the tracks that inspired them, there is a clear lack of curation in this festival. The plays are not ordered in a way that accentuates the pacing of the overall evening. This sadly means that the mediocre and bad plays are clumped all together in the front half of the night’s lineup. Of six plays that precede the intermission, Randall Colburn’s play “Terry” and Ted Brengle’s “B.E.M.” rise above the rest, but both go on just a little too long. A devised piece entitled “Choke” by Wren Graves and Natalie DiCristofano’s “There’s No Place Like Hoyne” are the evening’s low points, and both urge thoughts of leaving at intermission.

Staying through the break rewards the viewer with a solid set of six plays in rapid succession. Scott Barsotti’s “Wavelength” is the tale of a woman whose remarkable hearing made her a super soldier, but it threatens her ability to re-enter society. Rebecca Willingham’s staging is simple and effectively creates a tension that makes it clear that the playwright specializes in the horror genre.

Alex Lubischer’s “Lucky” is treated to an inspired staging in the hands of director Spenser Davis. John O. Lewis III plays a man in the relatively near future telling about his summer as an eighth grader in 2015. The story is brilliantly brought to life through the use of sock puppets. Lewis’ character stands alone, while his puppetry creates the foils to his pre-high-schooler self.

In the end, this is a fun evening. It does run long (two-and-a-half hours), but for those who love short works, the second half of this production is particularly enjoyable and worth seeing. (Christopher Kidder-Mostrom)