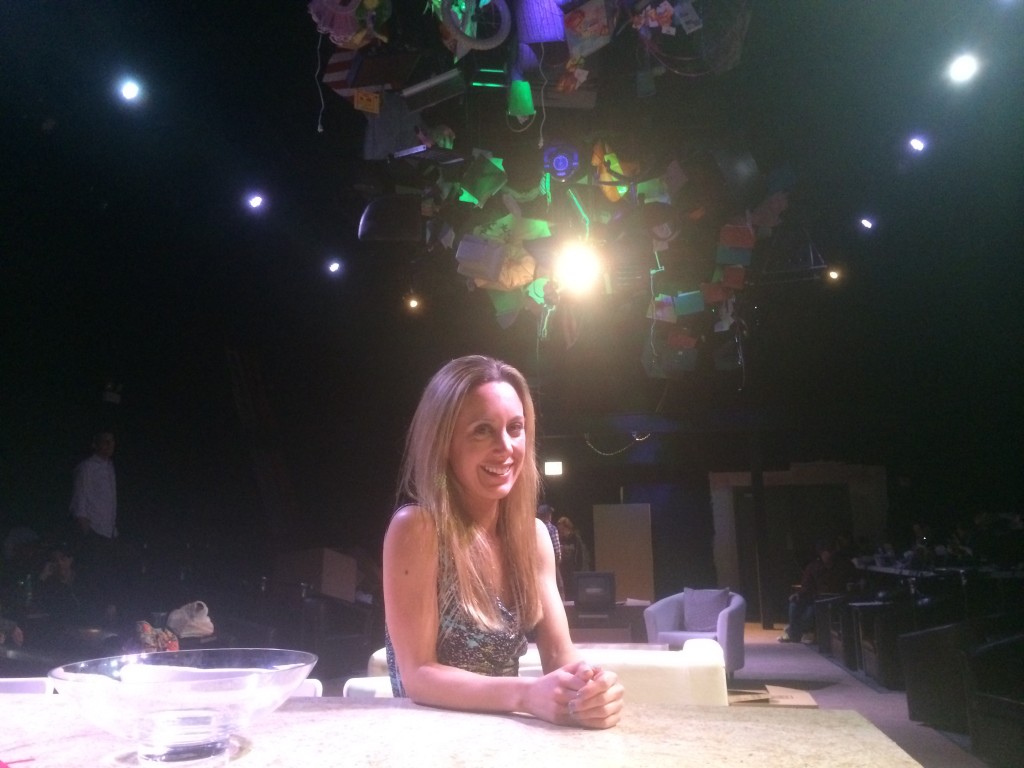 Normally when a new theater company opens in Chicago it is cause for little fanfare. Small storefront companies come and go with the transience of a celebrity parody twitter account. However when the Windy City Playhouse announced its inaugural season last summer, the theater community took notice. Unlike the usual bands of scrappy, broke college grads hoarding pennies and launching kickstarters, The Windy City Playhouse announced that they would be opening with a full four-show season cast with Equity actors in its very own brand-new 150-seat theater. It was bold, it was different, and on March 19 it’s going to become a reality.

The seeds that would eventually grow into the Playhouse were first sowed four years ago, when artistic director Amy Rubenstein and her family moved back to Chicago from L.A. Although she has enjoyed a very successful career in real estate, Rubenstein started out as an actress, gigging around Chicago for many years before moving out west. So when she moved back, Rubenstein started attending theater shows around town with her husband. And she was dismayed at what she found—not on the stage, but in the audience.

“Every time I would go to the theater I would look around and my peers aren’t there,” says Rubenstein. “I didn’t get why my friends weren’t going to the theater. Non-artists, I mean. Aside from those people, it’s a much older, older, older crowd. We want the older crowds too, so this is nothing against having an older crowd, but the average age is about seventy-five. I mean where are the people from age twenty-five to sixty-five? Where are they?”

It is just that problem that The Windy City Playhouse is meant to remedy.

An important first step was picking shows that, according to Rubenstein, “were going to be entertaining in nature. Fun, conversational in tone, contemporary. Things that people could relate to. But when we started throwing words like ‘entertaining’ and ‘fun’ it was like ‘Oh, well what is that going to be?’ So it was very important to us number one that we have very high quality art.”

That pursuit also meant the pursuit of high-quality artists, which furthermore meant more opportunities for Equity (aka union) actors.

“This city practically encourages people not to join Equity because if you join Equity you don’t have enough jobs,” says Rubenstein. “The Equity part was easy for us to decide. I’m an Equity member. It was important to us that we attract the best artists and it’s important to us ultimately, although we have a lot of steps to get there, but the ultimate goal for Chicago art is that artists should be able to make a living doing what they’re doing. If you can’t it makes it very hard for art to continue to flourish.”

There was also the matter of space. Renting was out, as Rubenstein and company needed to control more than just what was on the stage. They needed to curate the entire audience experience. A pop-up theater idea—renting empty buildings show by show—was quickly scrapped as infeasible. The Windy City Playhouse would need its very own house in which to play.

The Playhouse venue located at 3014 West Irving Park, was designed by architect John Morris, who also designed the current homes for Steppenwolf and Lookingglass. By Chicago storefront standards it is positively massive: 6,900 square feet with twenty-five-foot high ceilings. The feel is industrial, but not so industrial that you couldn’t do a Neil Simon play there. (They are.) A fully convertible black box—although it’s actually painted purple—the theater is currently configured alley-style, with audience seating on each side. To give some perspective on the scale of the place, the stage is an alley that’s the size of, well, an actual alley.

This is not to mention the Playhouse has a handsome, chic lobby with a full-service bar staffed by trained mixologists and show-specific cocktails. Or its accommodating bathrooms with original soundscapes pumped in. Or its valet parking. Or the spacious, swiveling bucket chairs that are quite literally the best seats in town.

The first show of the season, Deborah Zoe Laufer’s “End Days,” begins previews on March 19 under the direction of Goodman associate artist Henry Godinez. Rubenstein’s hope is that this will be not only the beginning for Windy City Playhouse, but for a whole new generation of Chicago theatergoers.

“One thing we’ve called ourselves is ‘The gateway theater.’” Rubenstein says. “These groups of people don’t see theater ever. Now they’re going to come here, God willing, and see some theater and hopefully they’re going to say ‘Wow, that was really cool and really fun.’ And next weekend they’re going to check out what’s going on at other small theaters around the city.”