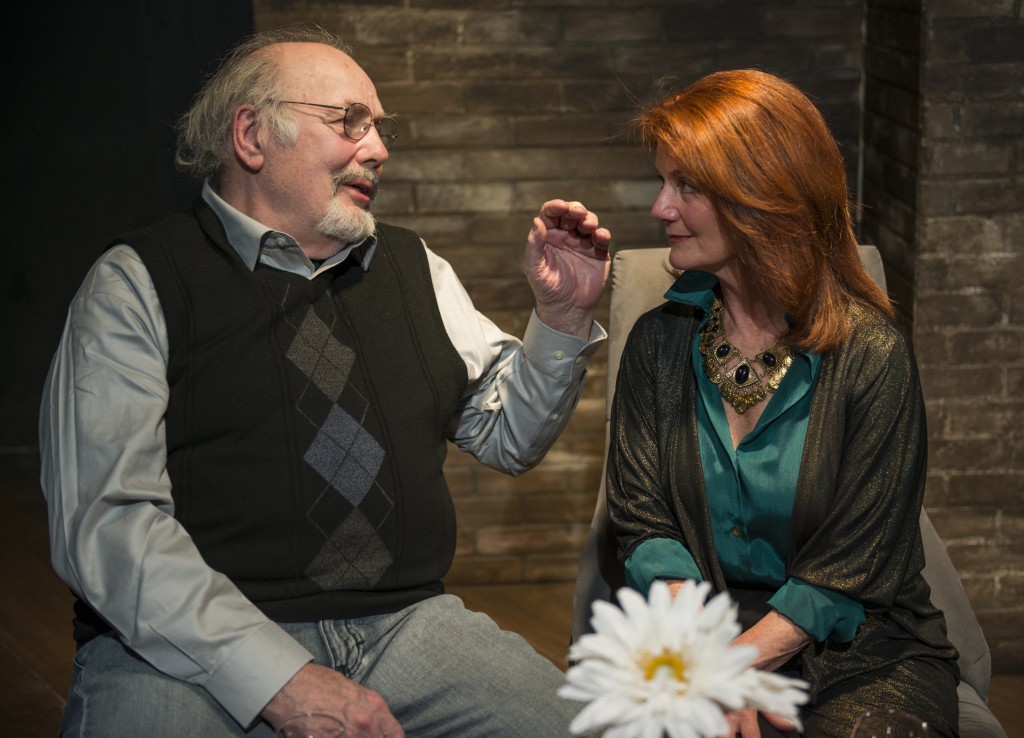 The title of Kate Walbert’s “Genius”—now receiving its world premiere at the Profiles Theatre—refers to the MacArthur Foundation’s “genius” grants—the prospect of a MacArthur prize provides the turning point in the play. Walbert’s script presents strong ideas about large subjects.

First idea: Talented public men in America betray the women they love over money, other women, fame, position and influence in an instant. They do this because they’ve always done it, and nobody has thought or said much about it. The more intelligent the woman, the better it feels to wipe one’s feet on her.

Second idea: Even the smartest American woman by habit protects and nurtures her man’s over-estimation of his own powers as thinker, creator, artist, humanitarian or scholar.  Superior women ego-stroke without thinking about it because it’s what they’ve always done. Walbert implies it’s time that women who think stop acting as props for mediocre, needy male egoists.

Third idea: A woman of strong independent intelligence may deny that she cheerleads for her man. She may deny that she routinely betrays the best qualities of her mind to keep her resident “genius” in countenance—but the scorned passion called intellect will tunnel to the surface to have its say. The intelligent woman’s intellect will form its secret, just judgment of the man she paragonizes. Her repressed reckoning will one day force a crisis—the worm will turn, or the woman will give up her life to be an accessory to narcissism.

I had prepared myself for a reprise of the virtuoso nastiness of Edward Albee. Walbert is so far above Albee’s sentimentality, her intellect so clear, strong and unsentimental by comparison, that ten minutes in I felt ashamed of how badly I’d misread her play.

The cast is good. Robert Breuler as Joel is lovable, hateful, admirable and contemptible, as Walbert specifies. Cale Haupert personifies the Midwestern doper mediocrity in Peter, the play’s most ungrateful role, and Stephanie Chavara suggests Charlotte’s inner conflicts with a gesture, a look. Liz Zweifler as Sara made me want to read Sara’s books that “beat Didion at her own game.”

Do you live for the exhilaration of being ruthlessly enlightened by a mind superior to your own? Then go see this play. (Bill Sweetland)