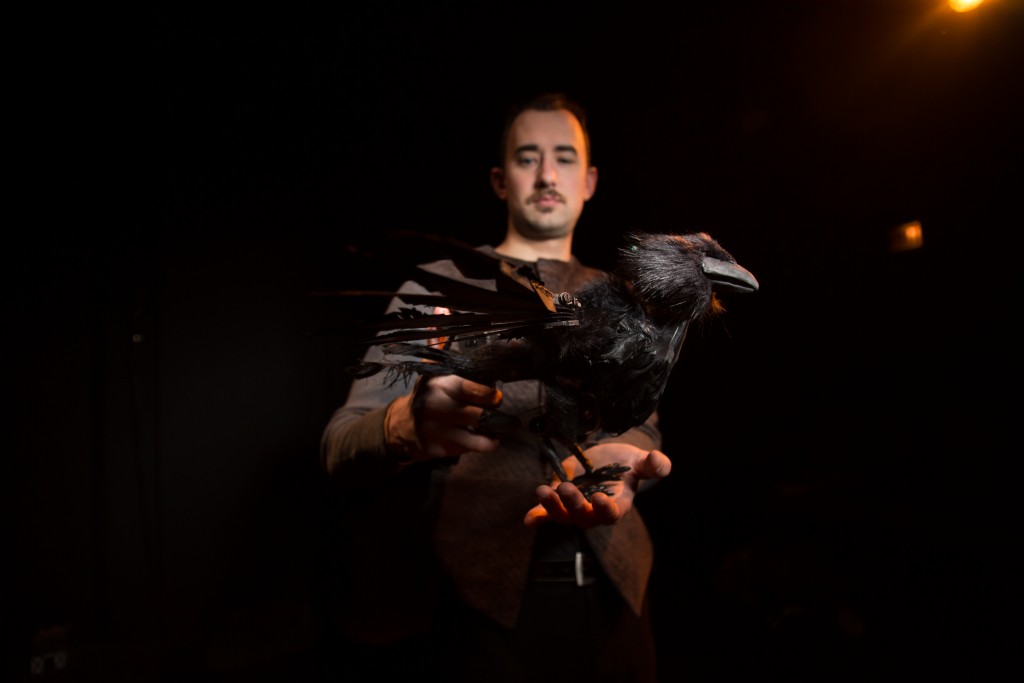 Bursting with imagination, bereft of dynamic narrative, this retelling of the Joan of Arc story is a dazzling mess of a play, more first draft than finished work. Playwright Robert Stewart never gets a firm grip either on the character of Joan, who develops not a whit over the show’s two hours, nor her remarkable history, which is reduced here to meandering psychodrama.

Director Jack Dugan Carpenter’s realization of this under-ripe script is a feast for the eyes, featuring Andrew Marchetti’s Bread and Puppet-style puppets, a sarcastic talking crow (skillfully voiced by Tony Kaehny) and tiny maquettes of medieval French cities, courtesy of designer Kailee Tomasic. The toylike mise-en-scène imparts an appropriately hallucinatory quality to the bare stage on which Joan makes her fateful journey from voices-hearing peasant girl to teenaged heroine to martyr at the hands of the English during the Hundred Years’ War.

As Joan, Sara Jean McCarthy has a luminous innocence, as she communes in an odd Franglais jargon with her three angelic inner voices, played by Julia Stemper, Jessica Saxvik and Melissa Reeves. They both inspire and manipulate the pious “pucelle,” assuring her (a bit too often) that her “light was given by God.” Joan’s initial vision, when she learns she has been chosen to redeem France from foreign occupation and civil war, is a charged theatrical moment, as she surrenders graciously to the will of God.

It’s when Joan confronts the enemy at the siege of Orleans that the play’s issues emerge. Prior to the battle, Joan meets the mercenary known as “bastard r.” An embodiment of wartime violence, he comes off less as hardened soldier than babbling psychotic. Sean McGill’s hysteria as “r” gets old fast, and the relationship between the two characters goes nowhere. The play never regains momentum, and the rushed ending, in which Joan is convicted by a kangaroo court and burned at the stake, comes as something of a relief.

The play proves once again that no matter the subject matter, every play is really about its own time. The script—with its scattershot anachronisms, historical and political indifference, and aesthetic self-indulgence—tells us little of the pre-modern era and much about the postmodern one. The play would like to make a point about the power of faith for good or ill in an age of belief. But the deeper and sadder message here is the futility of art in an age of spectacle. (Hugh Iglarsh)