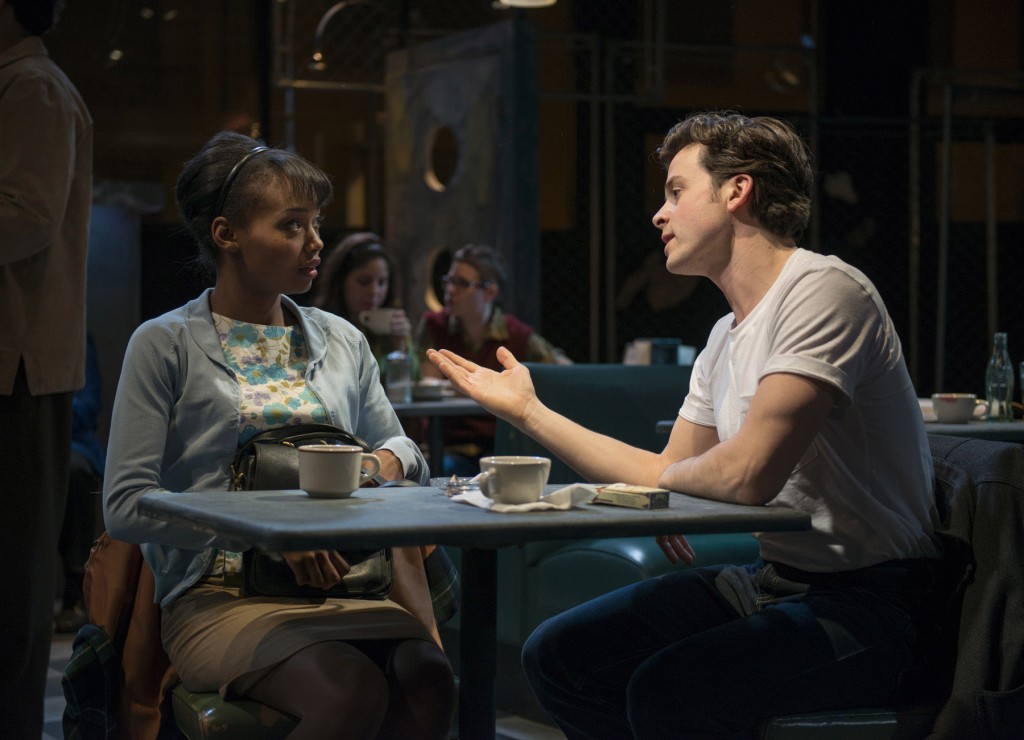 The evening begins in an explosion of noise. From the moment the audience enters, tramps and junkies and nightwalkers prowl around the space, almost like they’re protecting it from these well-heeled modern-day interlopers. Then the play begins and the gentle rumble of their spat-out chatter becomes a cacophony, a howling chorus of the street.

The play is Lanford Wilson’s “Balm in Gilead,” a foundational text in the history of the Chicago theater style. The way people talk about Steppenwolf’s legendary 1980 production, you’d think the actors walked off the stage and gave the audience a lap dance.

In Jonathan Berry’s new production with Griffin Theatre, currently running at The Den, might as well start with a punky “1-2-3-4” count-off. It launches in on Wilson’s glassy-eyed, motor-mouthed menagerie with fervor. Thirty-one different actors—a who’s who of the storefront scene that this play helped ignite—are crammed on the stage: yelping, yawping, fighting and scrapping.

Soon a measure of order is instilled. The scene is a diner in New York City’s Upper West Side in 1964. The chaotic mob is made up of the diner’s customers, staff and hangers-around. A tramp named Dopey, played by Morgan Maher, directs our attention to a baby-faced dope pusher named Joe (Japhet Balaban) and fresh-off-the-bus Darlene (Ashleigh Lathrop). They soon fall into something resembling love, and it all ends in what is definitely a tragedy.

The play falters in some later moments, when Berry’s staging sometimes goes from balletically chaotic to mushy. A climactic act of death, rewound and replayed three times, fails to gain anything from the repetition. But other moments, like Darlene’s mid-second-act aria of self-deluding Midwestern desperation, are calibrated perfectly. An especially nice touch is the window onto the streets of Wicker Park that backlights Dan Stratton’s grimy set.

While this “Balm in Gilead” might be slightly messier than it means to be, the mess is still a wonderful one to behold. It’s a summation of the Chicago storefront scene that Steppenwolf’s “Balm in Gilead” wrote into existence, an explosion of noise born from the ringing of another. (Alex Huntsberger)