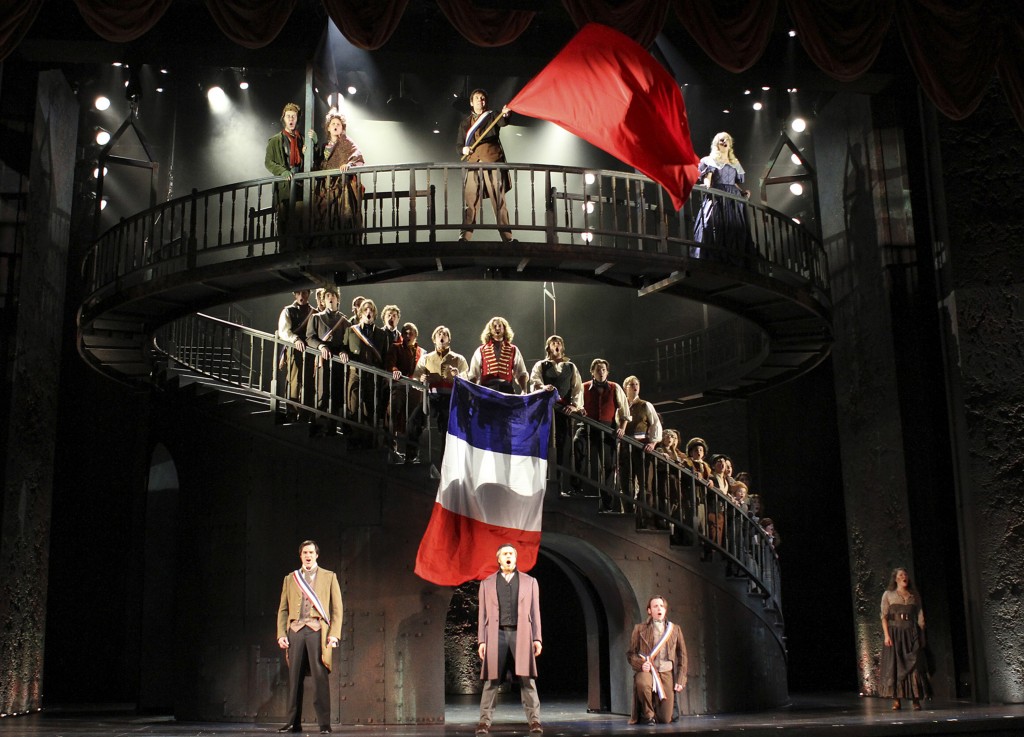 Paramount Theatre certainly knows its way around big Broadway musicals.  From “Cats” to “Miss Saigon” to “Fiddler on the Roof, ” their Broadway Series has consistently offered full-throttle, lavishly produced reprises of beloved big-numbered musicals. This production of “Les Misérables” is no exception and includes such flourishes as a massive, revolving corkscrew of a set design that allows its actors to ascend above the action, but more often casts the viewer’s attention to the wretchedness below.  This design is especially effective at highlighting the initial hope then despair of the student-led Paris rebellion.

The cast here is superb, with Robert Wilde demonstrating enough stage presence and vocal talents to encompass the larger than life Jean Valjean. Rod Thomas’ brooding Inspector Javert also works especially in regards to him being able to flesh out the motivation for his relentless pursuit of Valjean.  Impressive too are Hannah Corneau (Fantine), Devin Desantis (Marius), and Lillie Cummings (Éponine). George Keating, with his syrupy charm and comedic timing, also makes for a very entertaining Thénardier (the petty thief/inn keeper). The child actors are of course adorable, but also appear very natural on stage.  Young Ricky Falbo’s portrayal of the street urchin Gavroche is especially well done which makes the melancholy song “Turning” all the more poignant.

Director Jim Corti stages the action beautifully and, to the benefit of the story, does not shy away from the seedier aspects of the story. It is hard to imagine, for example, a more realistic depiction of Fantine’s descent into prostitution. The fourteen piece orchestra (led brilliantly by Tom Vendafreddo) perfectly fills the classic theater and is a key factor in ensuring a big musical theater experience.  Opening night in Aurora had a certain high energy feel that is all too often lacking in the theater world.  Yes, this is worth the long drive from Chicago. (Noel Schecter)