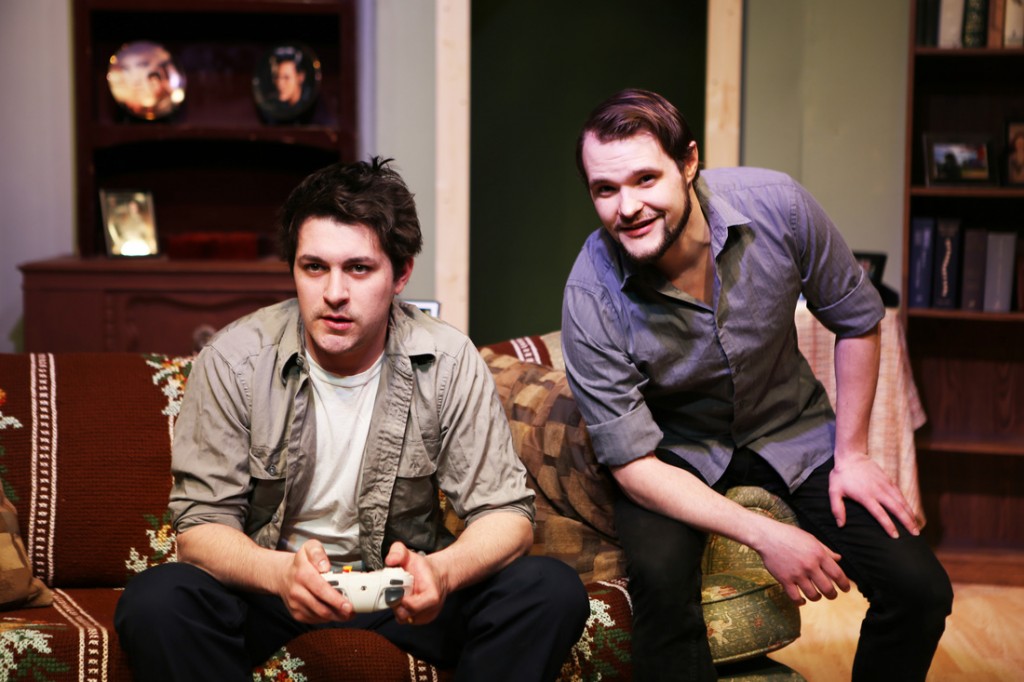 The old maxim says, “You can’t go home again.” Which is of course not true. It’s a lying old maxim, a blanket statement that ignores an entire class of people for whom home is eminently returnable. These homes are immutable certainties, testaments to the inertia of late-twentieth-century middle-class living. Living relics of the pre-Y2K world. “You can’t go home again” clearly never anticipated aluminum siding, barcaloungers and “Frasier” reruns.

That feeling holds true for Ron Popp’s new play “Homefront,” which is part of a very long tradition of American family dramas that center around the family settee and are concluded just in time for dinner. The play feels musty, like it was recently removed from storage. And the characters seem like people I would love to be friends with, but who are a little too boring to be all that interesting.

The play begins when Jack, an erstwhile New York stage actor played by Patrick Cameron, returns home to his family in the small town of Ivanhoe, Tennessee. Jack moves back in with his parents, played by Scott Stockwell and Denise Smolarek, while his sister Joey (Kelly Parker) and her idiot husband Andy (Chris Hart) prepare for their first baby. Jack’s brother is fighting in Afghanistan. Meanwhile he gets a job at Walmart. Joey’s gay best friend Michael (Nick Shoda) is also a character who is onstage.

The play doesn’t really have a plot. Time simply progresses and scenes occur in that sequence. Jack starts off as a snob and gradually comes to realize that maybe his family members, who are all perfectly fine with the small-town Southern life, aren’t such hicks after all. Okay!

Under director Elissa Newcorn, the only sparks come from the cast. Stockwell nails the gentle cantankerous that makes Jack’s father, Bill, an enjoyable presence. Shoda brings a groundedness to Michael, resisting “gay best friend” stereotypes and playing Michael as just a sweet, nerdy homosexual dude. And Hart stands out by bringing a true oddness to Andy that continues to surprise. And surprise is the thing the rest of the show lacks. Relics often do. (Alex Huntsberger)