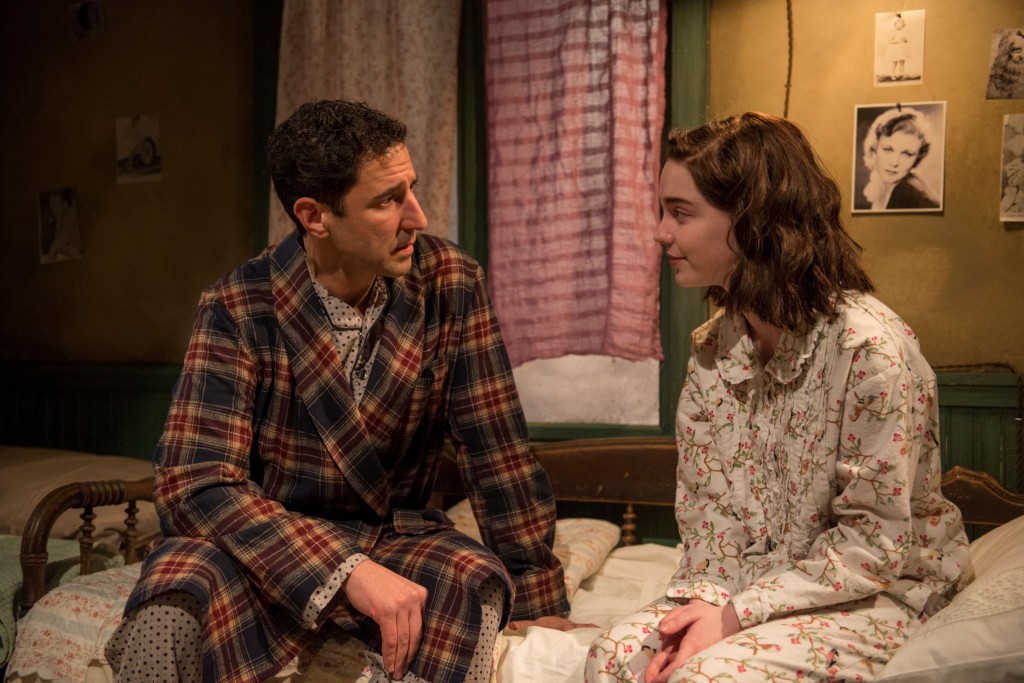 The story of Anne Frank, a budding young Jewish woman entrapped by design, hidden in an Amsterdam attic where she bravely, almost joyously awaited what she felt certain would be liberation from Hitler’s regime, and her family’s return to a life of normalcy, has long been the stuff of schoolroom wonder, and schoolyard qualms. For Anne’s story is an adolescent glimpse into a world of cruelty, composed in a music that ignites a burning understanding for the socially privileged and the nationally coddled.

As from any horror, it is simple to look away from the megalomania and treachery that ended the promise of this young life that brimmed full of bounce, laughter, and love. Just as so many of us do when thousands of innocents are slaughtered the world over as struggles for power and money, clothed in robes of ideological reshaping and theological allotment, are robbed of their childhood birthright. Do we hide the horror from ourselves in that drawer in the attic of our hearts?

Writers Theatre’s production is of the very highest level imaginable. With sections of Anne’s diary that had been expunged by her father, in an unfortunate attempt to reshape his soon-to-be famous daughter’s history, Anne’s typical teenage struggle with her mother, and her attraction to Peter that could only have been guessed at previously, now revealed, draw Anne as even more fleshly. Even more exactly like us.

Every actor acquits themselves beautifully. Sophie Thatcher (Anne) is luminous, with the fresh face of a child and the eyes of an old soul. Heidi Kettenring (Mrs. van Daan) exercises her chameleon-technique so artfully that I didn’t recognize her until the second act. Kevin Gudahl (Mr. Dussel) shoulders the challenging work of the broken-hearted clown, and makes it look like child’s play.

As we all look forward to Writers Theatre claiming their new performing space, take a moment to live in this little attic with Anne and her intimates. Sit at that tiny table with them. Would you steal the bread? (Aaron Hunt)