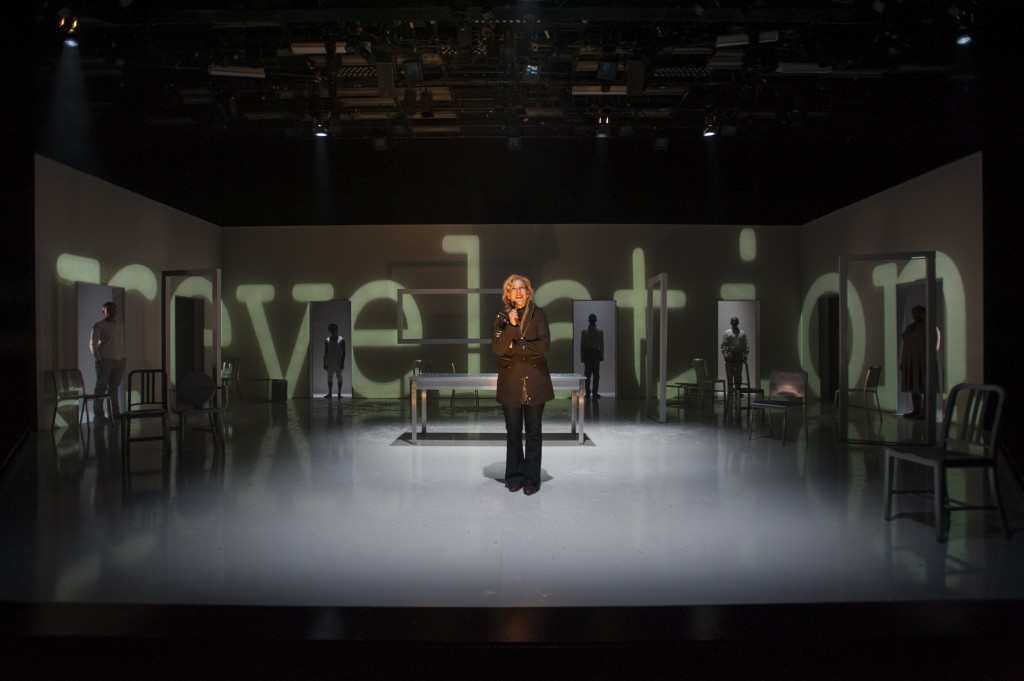 In Court Theatre’s world premiere of “The Good Book” we follow the lives of Miriam (Hollis Resnik) and Connor (Alex Weisman) as they struggle with their personal faith. Miriam, who ironically has a biblical name, is an atheist biblical scholar and college professor. She tells a zealous Christian student who is opposed to her teachings, “We have to build separate rooms, one for the mind and one for the heart.” In Miriam’s class and life, she thinks of the Bible and faith strictly from an intellectual viewpoint. That heart stuff she left behind a long time ago, until she is faced with a tragedy and has to look inward.

Connor, on the other hand, is a fifteen-year-old boy with hopes of being a priest. His devotion to both the Bible and his faith is evident. Yet when he struggles with his identity, he must reconcile whether this particular faith is for him. Interwoven throughout these two stories are historical reenactments of what went into the creation of the Bible from ancient times until now.

The scenic design by Rachel Hauck is outstanding: simplistic, yet illuminated with depth by the lighting design of Keith Parham and projection design of Mike Tutaj.

Playwrights Denis O’Hare and Lisa Peterson have managed to write an ambitious and noteworthy play about the Bible not just in content, but in form. A form that Peterson skillfully tackles in her direction. My only disappointment here is the lack of balance toward those who, as Miriam states, created room for this book in their hearts. There wasn’t any outside work needed, we can see it before our eyes with Connor. Connor struggles with his faith, yet we learn that he finds it again. How much more powerful it would have been if we saw that part of his journey. (Loy Webb)