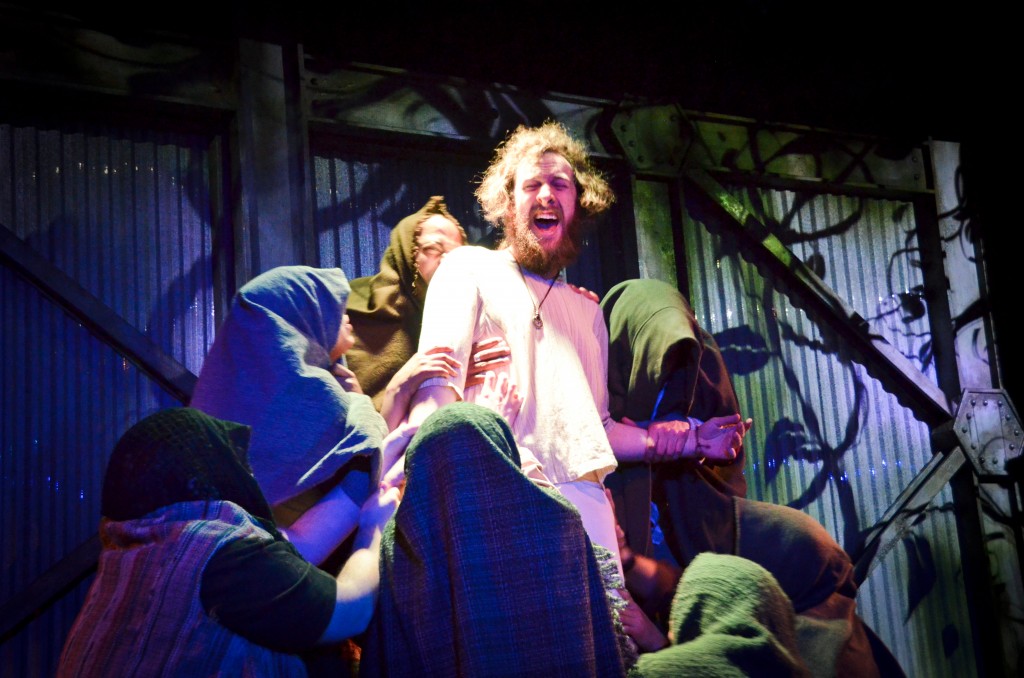 Since the whole God thing is a joke anyway, it makes all the sense in the world to throw some gnarly guitar riffs at the New Testament and call it a musical. Director Fred Anzevino’s take on Andrew Lloyd Webber’s classic sticks to the script(ure) and contains some standout performances that please the ears and eyes (think: dudes in lingerie). Danni Smith’s portrayal of Mary Magdalene affords the audience a lovely listening opportunity and Tommy Bullington’s Herod is a melange of color and sound so flamboyant you can’t help but wonder if the Bible should be republished with pictures to gain some real traction.

The small theater space is maximized with dance numbers seemingly taking place in the laps of audience members at times, but the production is tight enough to avoid sloppiness. The band, tucked away behind the corner of the stage, deserves props for exhausting themselves shredding through each number and never losing steam. The band’s performance is seriously impressive and reaffirmed my enjoyment of the show each time I remembered to think about them jamming away, which wasn’t often: there’s so much going on that finding moments of consideration requires taking a step back. If it’s your first time seeing “Jesus Christ Superstar” you’ll probably miss a few elements, but your heady knowledge of the Gospel of Matthew should get you through.

At times, lyrics of the songs can be tough to decipher as the acoustics of the space aren’t terribly kind. For laymen, following the story can require some effort that might lead one astray, with nobody to “save” you. A few numbers suffered because of this, but the overall effect was mild. The entire cast projects well, which is good because the crowd’s collected average age the night I attended was biblical (whatever that means), though a glance around the room showed me that all approved of this version of “Superstar.” A quick jaunt up the Red Line to the No Exit Café for this show is a night well-spent. And you’ll get into heaven too. I swear to God. (Logan West)