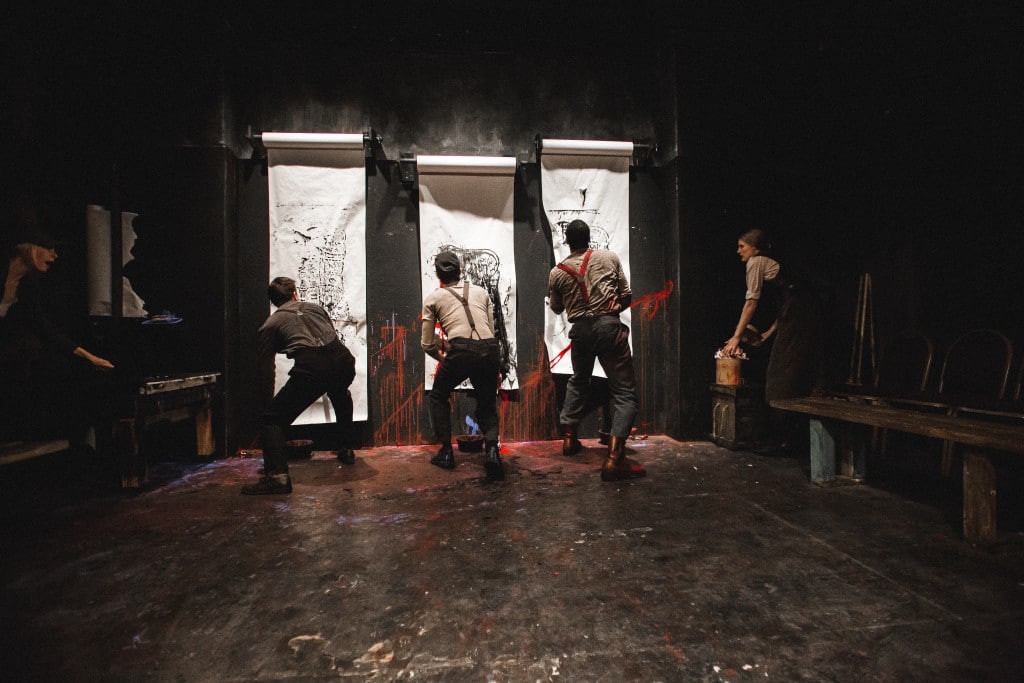 The most famous quote from famous Chicago muckraker Upton Sinclair about his groundbreaking novel “The Jungle” is the following: “I aimed at the public’s heart, and by accident I hit it in the stomach.” Sinclair had set out to set the reader’s ire aflame about the horrific conditions under which poor immigrant laborers were suffering in the Chicago meat-packing industry. For instance, some of them would fall into giant rendering vats and simply be mixed in with the finished product. But the reaction was not quite what he had intended. Instead of people saying “how horrible for those immigrants,” they said, “Gross, I just ate immigrant.”

In producing an adaptation of “The Jungle” for the stage, director Matt Foss has rectified this and put the focus firmly back on the characters: destitute Lithuanians who come to Chicago seeking a better life and find instead a kind of hell on Earth. The only problem is that Sinclair’s protagonists are actually pretty thinly drawn. They are noble and they are pitiable but they aren’t exactly interesting.

Happily, Foss’ production, which is being remounted by Oracle after a successful run last year, is also vibrantly theatrical. Live music, composed by Nicholas Tonozzi and Sam Allyn, who also accompanies, is paired with the pounding of three-foot-tall cow-stamps into long strips of butcher paper which are then torn to shreds in a thrilling re-creation of the slaughterhouse line. Choral singing evokes the delicate souls of the people being rendered into hollowed-out wage slaves. A green light and a smoke machine are all that it is necessary to conjure the horror of the foul-smelling, deadly fertilizer room. Paint, splattered about with gusto, becomes blood and sickness and oceans.

And the play’s villains aren’t too shabby either. Thomas Wynne shines as the absolutely execrable foreman, Connor. If he had a moustache, it would be twirling nonstop. A number of con men and other shady bastards all possess the same oily, dead-eyed smile of actor ZacharyBaker-Salmon.

“The Jungle” ends with a pulse-pounding call to arms, one that its audience will remember, even if its heroes are easy to forget. (Alex Huntsberger)