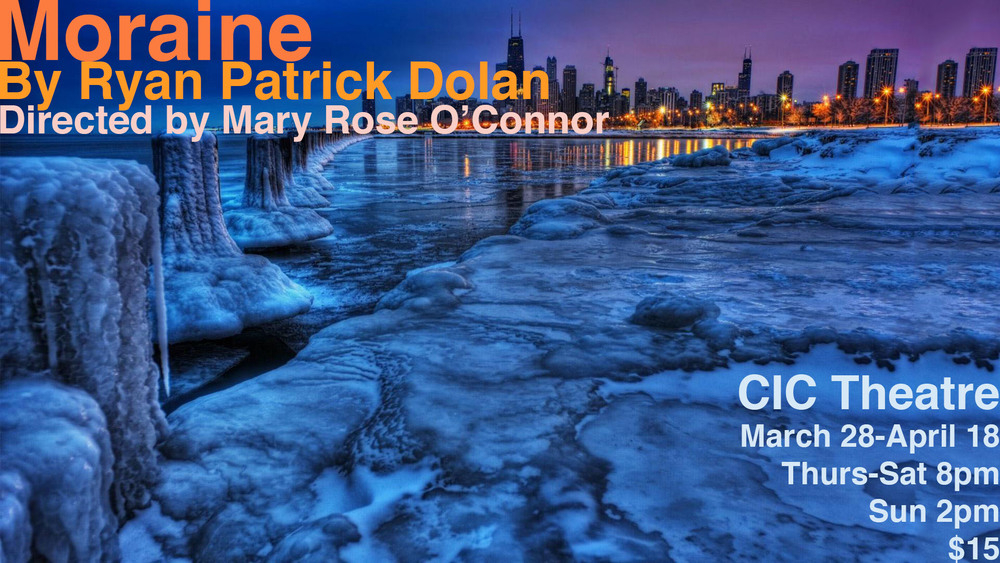 Friends are the opposite of Matthew McConaughey’s beloved “high school girls.” You keep getting older, and they keep getting older too. You change, they change. Eventually you might still be “friends” even though the people you are now are entirely different than the people you were when you first connected. Such is life. And such is life especially in your twenties.

This experience of being a twenty-something/someone is at the heart of Ryan Patrick Dolan’s new play “Moraine.” It begins at the bedside of Gus (Joel Reitsma) who is in an induced coma after a battle with cancer. His best friend Mark (Caleb Fullen) is at his side, bearing sarcasm like a pair of brass knuckles when his ex-girlfriend Kelly (Allie Kunkler) comes to pay Mark a visit. From there, “Moraine” skips back and forth through time. We see person by person how Mark and Gus’ friend group came to be as Mark helps his friend Russell (Terence Sims) open a successful line of boutique ice cream stores. Gus is one of their first hires, followed by Gus’ improv buddy Mackenzie (Becca Slack) and finally Kelly, an aspiring actress and former punk-band drummer. The group coalesces, and eventually disintegrates under the pressures of careers, breakups and just plain growing up.

The cast through and through are charming and funny. Reitsma has a warm generosity that contrasts nicely with Fullen’s sourpuss, stressed-out monotone and Sims’ entrepreneurial slickness. Slack, meanwhile, nails the part of “spaced-out improviser” and Kunkler brings a nail file toughness to Kelly. Their chemistry under director Mary Rose O’Connor carries the show.

Dolan’s script though is often slack. The best moments are bits of friendly riffing between friends, ironic one-offs and discussions of sex acts at the Model UN. The story of these friends coming together and breaking apart too often feels more like a photo album then a story. Here’s when Mark met Gus. Here’s when they all visited Mark and Kelly’s apartment for the first time. The play, like two old friends meeting up again after years apart, spends too much time staring at old pictures because now that’s all there is. (Alex Huntsberger)