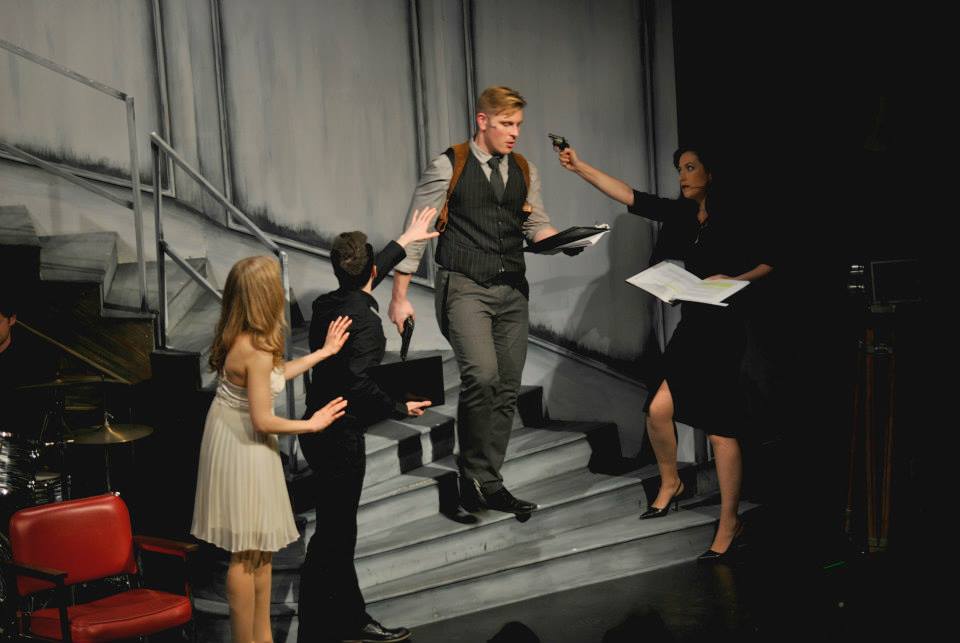 Every year, New York City Center hosts the celebrated “Encores!” series, imagined as a way to rediscover and celebrate the Broadway musicals that, for whatever reason, slipped out of the public consciousness. Conceived in 1994, each season hosts a concert version of three forgotten gems of The Great White Way, producing them with the original orchestrations, sometimes as many as thirty musicians strong. World-class performers, household names like Kristin Chenoweth, Anne Hathaway, Patti LuPone and Nathan Lane, carrying scripts and armed with only eight days of rehearsal and one dress rehearsal, deliver the goods to wildly appreciative audiences. For five performances only, the who’s who of Broadway serve up these mysteries.

Not to be outdone, the Second City answered with a counter-series they called “Ovations! Concert Celebrations of Great American Musicals.” Although the initial press release didn’t specify that the concerts would offer “forgotten” musicals, production sources revealed that the offerings would be modeled on the “Encore!” series’ formula, and their opening season of Gershwin’s “Strike Up the Band,” Weill’s “One Touch of Venus,” and Hart’s “Babes in Arms” certainly pointed in that direction. All three of these musicals had been offered in the “Encore!” series prior to their Chicago hearings.

The concerts were produced at Chicago’s Auditorium Theatre, with the Grant Park Symphony Orchestra onstage, using the original orchestrations, and each concert was given four times. The leading roles were filled with Broadway stars, with the secondary roles and the chorus cast from Chicago’s considerable talent pool.

But almost overnight, “Ovations!” disappeared. Was there no audience for the long-lost musical gem in Chicago? Porchlight Music Theatre’s “Porchlight Revisits…” series belies that notion. Artistic director Michael Weber is bringing to the boards a new concert series that fills the seats with the sort of musical theater aficionados who crave the opportunity to hear some of their seldom-offered favorites.

“I have discovered that people who come to Porchlight know the whole canon of music theater, and they like asking questions. These are rare musicals that you don’t get a chance to see, and the reason is that nobody produces them because you’re not going to get a six- to eight-week run. I have similar curiosities. I wonder what ‘Li’l Abner’ was like. I thought Porchlight was the place to create something that would give a good idea of what the play was, more than just listening to the songs because there’s just so much more information that you can discover about how the scene leads up to the song.”

Weber succeeds with a formula that is part performance, part dramaturgy. Of course the songs are there, delivered by Chicago’s finest singing actors. They’re carrying books, but even in one week of rehearsal they’ve created real, breathing characters. When I had the pleasure of seeing “Porchlight Revisits City of Angels” recently (and I don’t mind telling you that I almost had to sell my mother to get a ticket), I didn’t need to hear the orchestra, because I was seeing the play, observing the flow between the dialogue and the songs. But what fleshes the experience out for the audience is Weber’s pre-show, informational extravaganza.

“At the beginning I give an audiovisual backstory of the piece. Who were the writers, who were the actors, how was the show developed, maybe someone was cast, but instead they got Ethel Merman, or maybe everything was working but then they started meddling with the script. I also pass along a little backstage gossip, who was sleeping with whom, who was fighting with whom. And this paints a picture of a show that is almost like a diagnosis.”

Does Weber look forward to a time when he can add more instruments? Certainly. Is there a possibility of adding more shows to the two-per-production that are currently on the books? Absolutely. Might the series someday need to find a bigger playing space? Weber is letting his audience lead the way.

Next up, “Porchight Revisits Mack and Mabel.” The story of silent filmmaker Mack Sennett and his muse, Mabel Normand, offered a special challenge in casting. Where do you find an actor who can give you a warm-hearted cad like Robert Preston? Who can follow Bernadette Peters playing, well, anything? And what happens when you try to fill the shoes of a role tailor-made for dancing dynamo Lisa Kirk?

You cast Jason Richards, Dana Tretta, and you welcome performer and choreographer Tammy Mader back to the stage. Give your mother a break, and get your ticket early.