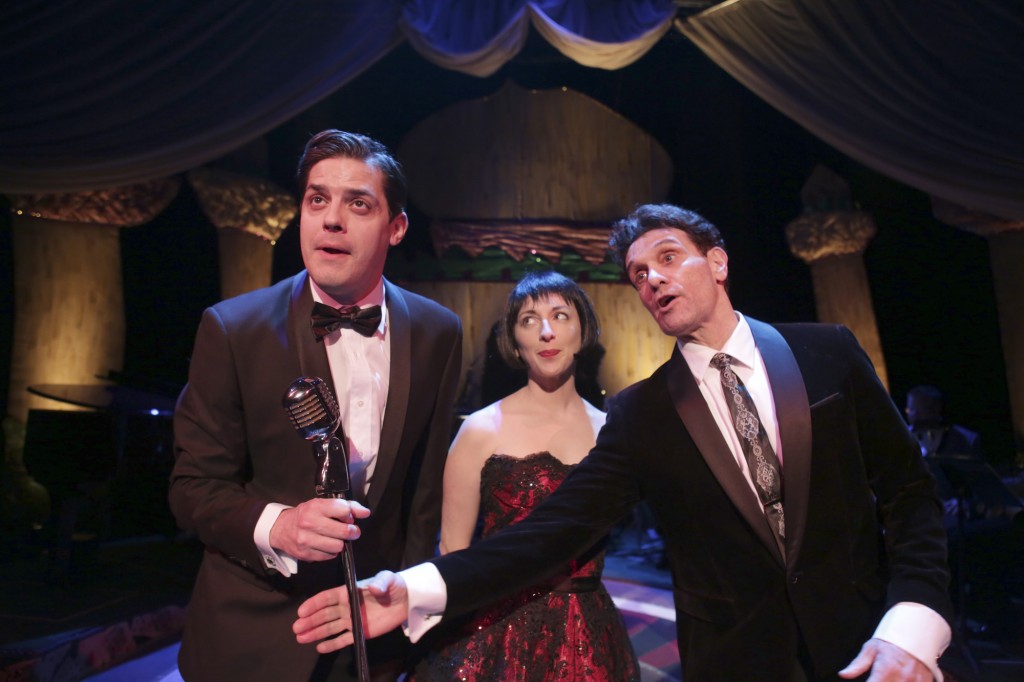 Note the quotation marks in the title of director Taylor Hackford’s near-perfect tribute to Louis Prima and Keely Smith, the 1950s act that made Vegas its own. The quotes aren’t decorative—they’re a clue to this melancholy musical’s flashback structure. And on a deeper level, they serve to question the aliveness of showbiz existence, where every night performers sell an illusory self, in return for an illusion of love.

It’s easy to wax mythical about Louis Prima, whose talent and drive in his prime seemed beyond mortal limits. Born in New Orleans in 1910, Prima became a star trumpeter during the big band era. But tastes changed after World War II, and Prima found himself on his uppers, in desperate need of a new sound and image. It was around 1948 that he met Dorothy Keely, a raven-haired, doe-eyed teen of part Cherokee stock whose low-register voice caught his finely tuned ear. Like Pygmalion, Prima gave form to his Galatea’s raw talent, falling for the personality that he himself was sculpting. In the end she outshone him, unbalancing their intense but fragile love.

Their act was as much performance art as pop music, with Louis playing an adoring swain frustrated by Keely’s hilariously deadpan disinterest. Vanessa Claire Stewart’s Keely is impeccable, both in voice and mannerism—and the fact that she coauthored this sharp and well-paced script (along with Hackford and Jake Broder) marks her as a versatile theater artist of the first rank. Anthony Crivello as Louis doesn’t quite find the character’s hipster eloquence or slightly deranged sense of humor, but he nails the manic, self-destructive energy. The seven-piece backup band is fabulous, especially Colin Kupka as the acrobatic, low-down tenor saxman Sam Butera, a fellow Crescent City Sicilian whose wildness matched that of his boss.

When Louis, Keely and Sam came together, it translated into one hot ticket. And if there’s any justice among the theater gods, this seamlessly professional production will be, too. Come to hear “I’m Just a Gigolo,” “That Old Black Magic,” “Hey Boy! Hey Girl!” and Stewart’s fine rendition of “I Wish You Love.” But come also to see director Hackford’s skillful melding of cabaret and musical theater styles, and the transformation of Crivello’s seductive smile into a grim rictus as he sings a final, post-breakup round of “I Ain’t Got Nobody.”