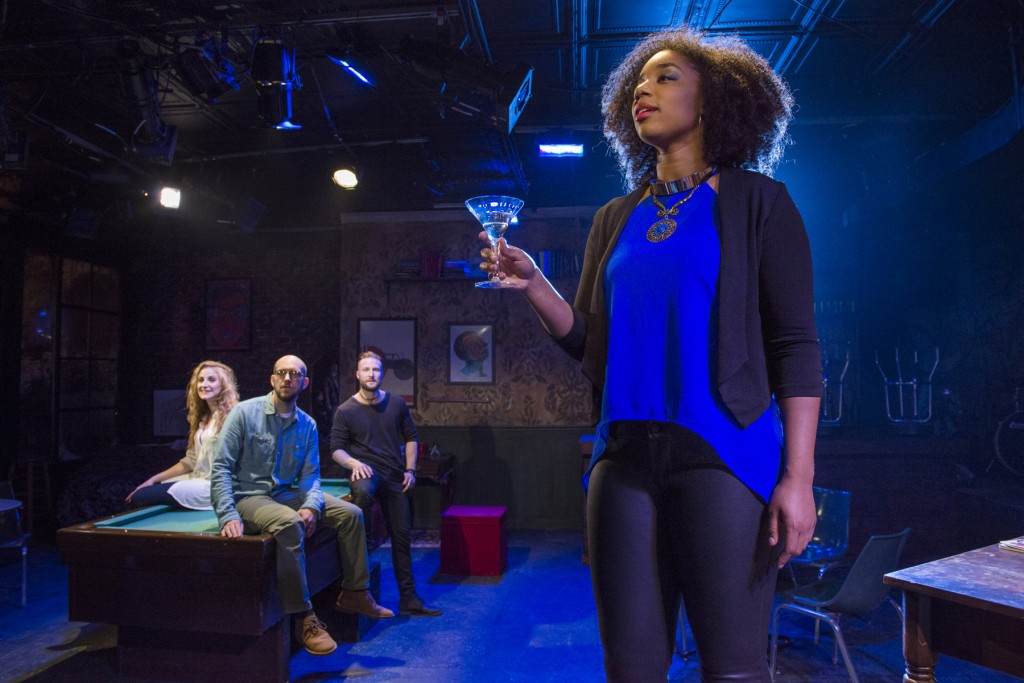 In case you are worried about false advertising, the opening number of “Murder Ballad,” currently receiving its Chicago premiere courtesy of Bailiwick Chicago, confirms that you are, in fact, about to see a ballad about murder. It’s a promise of lurid, pulpy, fun. It also has the distinct disadvantage of being not entirely true. More than anything else, “Murder Ballad” is a great big yawning, nineties alt-rocking “meh.” It wants to be a soap opera, but it’s just suds.

The problem here lies with the original writers, Julia Jordan and Juliana Nash, and not with Bailiwick. The performers are all game, with beautiful voices. The musicians are likewise capable. James Beaudry’s direction is fine. The smoky, immersive barroom set by Megan Truscott is fantastic. I just can’t imagine any version of this show being successful.

For a musical with such an evocative, juicy title as “Murder Ballad” the characters and the setting are incredibly banal. An unnamed narrator (Camille Robinson) tells us the story of Sara (Amanda Horvath), a hard-partying gal who leaves her sexy but volatile bartender boyfriend Tom (Chris Logan) for the relative stability of Michael (Matt W. Miles). Several years and one child later, Sara ends up having an affair with Tom to escape the drudgery of her Upper West Side life. “A Tale of Two Yuppies” would probably be more accurate. (The show by the way is set in New York City. If you ever forget this fact, don’t worry. “Murder Ballad” will remind you. Constantly.)

The lyrics provide the characters little in the way of personality. They are stereotypes who think they’re archetypes. And the monochromatic rock score gives the actors little to do but passionately yet blandly belt their high notes. The final number of the night then chides the audience for wanting the murder the show literally wouldn’t stop dangling in front of our faces, a jarring cop-out of an ending to the hour-plus that precedes it. Yes, it’s true. I wanted the murder to happen. But it wasn’t because of any inner darkness on my own part. It’s because I was bored. (Alex Huntsberger)

Bailiwick Chicago at Collaboraction, 1579 North Milwaukee, bailiwickchicago.com, $30-$40. Through May 9.