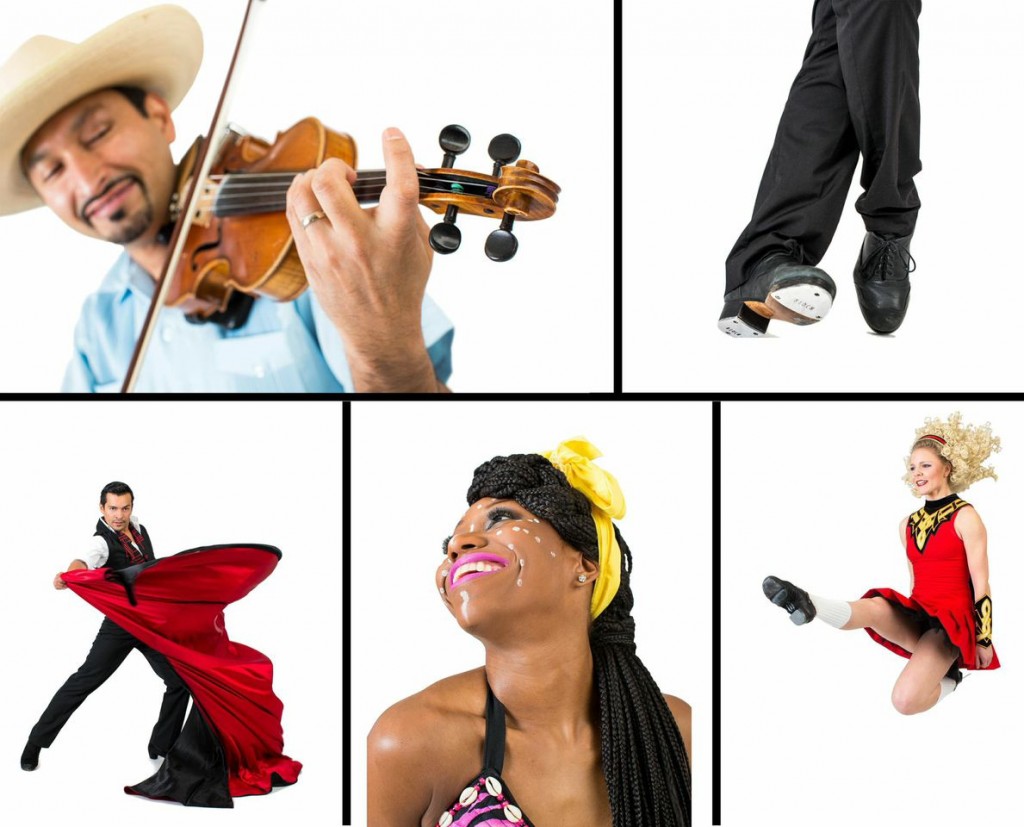 We usually have to wait till June and bus, bike or train down to the Loop to see great free performances but, thanks to the Chicago Human Rhythm Project—that mighty advocate of the original musical instrument—festival season starts early this year. And it’s coming to you. CHRP tours the neighborhoods this month with a series of free performances by hometown companies that celebrate five different heritages: Trinity Irish Dance Company, Mexican Dance Ensemble, Ensemble Español Spanish Dance Theatre, Muntu Dance Theatre and CHRP’s resident tap company BAM!. Two companies host each show, with cameo appearances by the other three. The series kicks off with a panel discussion with the artistic directors of the five companies at the Cultural Center, moderated by Audience Architects—the dance promotion organization that recently dubbed April Chicago Dance Month. The show then hits the road, taking rhythmic complexity and explosive, joyful energy to the Irish American Heritage Center on April 18, the National Museum of Mexican Art on the 24th, Northeastern Illinois University on the 30th, and the DuSable Museum of African American History on May 8. The grand finale (and one ticketed performance) takes place at the Auditorium Theatre on May 13. “Stomping Grounds” is not only a demonstration of the rich diversity of arts and traditions housed in our city, but a celebration of the city itself—its cultural treasures, its vibrant neighborhoods. (Sharon Hoyer)