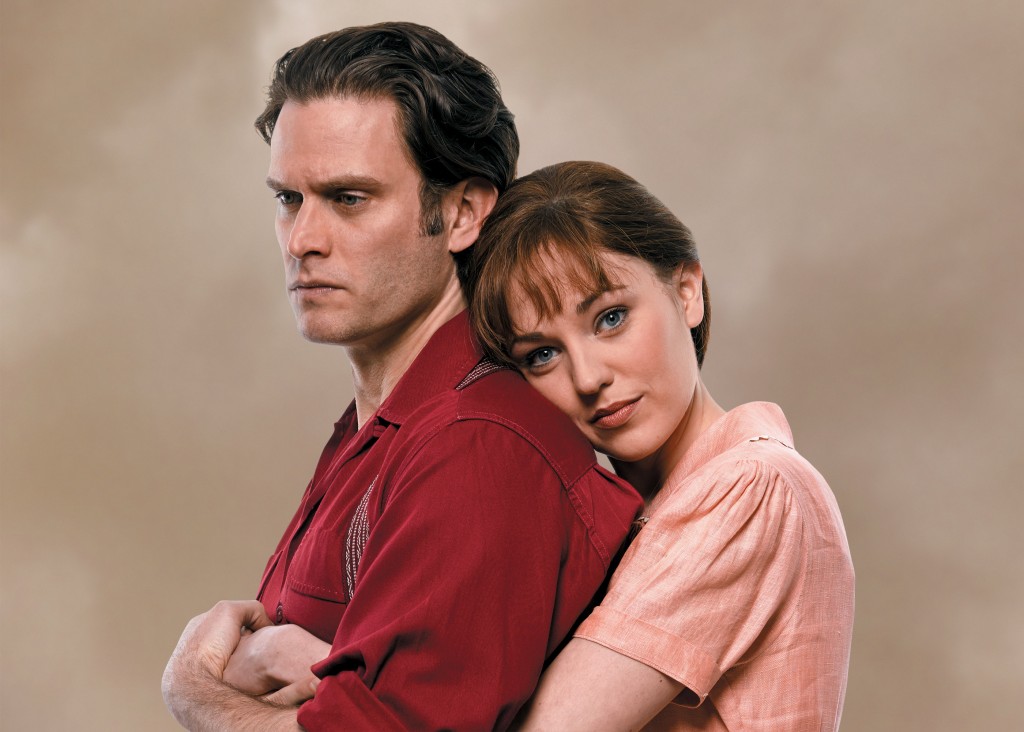 Wonderful things can come of Lyric’s decision to present musical theater. New audiences may be caught up in the ambiance, and elect to attend an opera. Lyric’s opera audiences could see musical theater in a new light, and take in a show at Marriott. Lyric’s resources could serve to enlighten and enliven both forms. But finding the right formula for burgeoning, rather than poorly imitating, is tantamount. Lyric’s first responsibility should be to the singing.

If audience ears are attuned to a Billy Bigelow of the John Raitt/Gordon MacRae/Howard Keel-ilk, why has Lyric cast an actor with such a slight voice as Steven Pasquale? Notwithstanding the current Broadway wisdom that amplification has made voice classification obsolete, as in pop music, and tenors are suddenly baritones, shouldn’t an opera company present a carnival barking-Bigelow with some vocal heft, even if tenorial? Pasquale swaggers well, and his theatrical timing is fine and fresh, but Lyric’s audiences cannot see facial expressions, and immediacy of voice equalizes that conundrum. Projecting through an echo chamber, in a production that is already suffering from over-miking, does not serve. Matthew Hydzik’s Enoch Snow is young and handsome, and his voice has more focus and power. His Bigelow might have been of more interest.

In “Carousel,” abused Julie Jordan convinces herself that it “doesn’t hurt at all,” and proves sanctified by that choice. Due to distance, Lyric requires a performer who can convey that dichotomy with the voice. Laura Osnes’ slight instrument lacks the necessary color palette. Jenn Gambatese’s Carrie Pipperidge proves an answer to the argument. Gambatese’s charisma fills the house and her supple instrument, even from top-to-bottom, shoulders all of the varying emotions of the character. Understanding the worth of this type of casting will help bring success to Lyric’s Broadway foray. Denyce Graves’ warm voice now glows within a ring of steel. Her Nettie Fowler is natural, and she proved a generous colleague. This type of casting is the other answer. (Aaron Hunt)