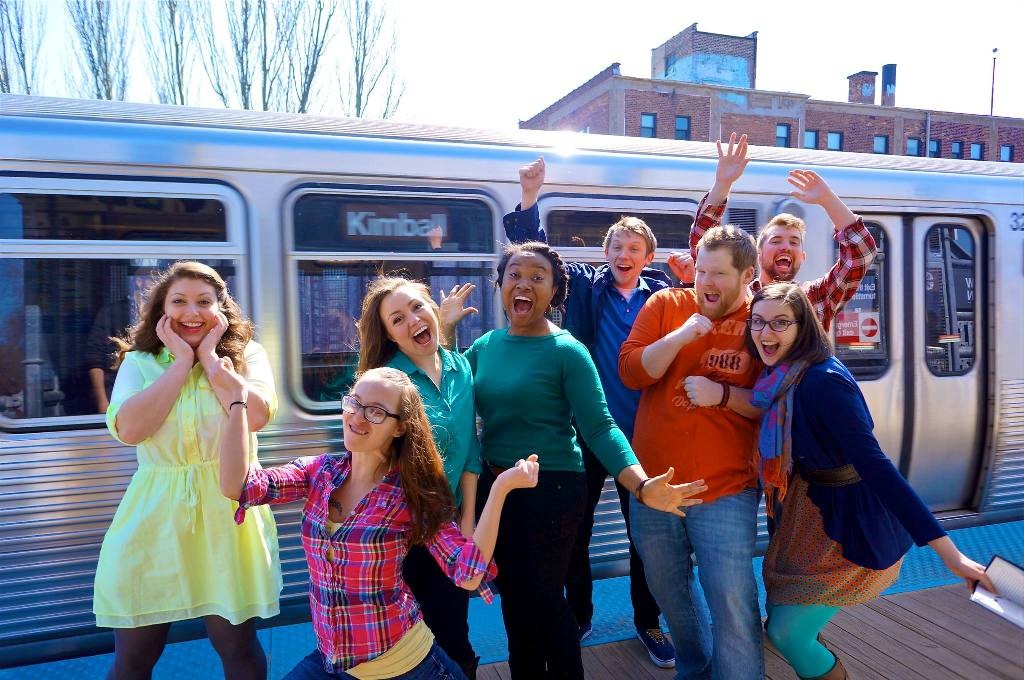 Alongside the Neo-Futurists, Waltzing Mechanics are purveyors of micro theater. Their latest edition in the “El Stories” series ought to be called “Not Talking to Strangers,” following the conventional wisdom of public transit, which dictates that you keep to yourself and make believe you are anywhere else.

If there’s a moral somewhere in “El Stories” it’s that shared spaces are vital for forcing valuable and otherwise unforeseeable communal experiences onto us. It is how we learn about our city and forge bonds with the people in it. The moments we most want to avoid while they’re happening (urine, loquacious robbery, harmonica solos, etc.) are the same ones we wear later as badges of pride.

The conceit of the Mechanics’ direct-to-stage storytelling means that not all stories read like stories. Several are, as one surrogate narrator puts it, hardly even anecdotes. It is an evening of identity by composite and so the fact that various tales lack compelling structure, meaningful interactions or even a defining dramatic moment is wholly natural.

Still, one wonders if some of these tales really needed to be memorialized through telling. The suspiciously smelly backpacks of frat bros, sad spasms of the mentally ill, and banal exploits of college students reveal far less about our city than stolen purses full of fecal matter, racial profiling and vivacious seniors sharing their love of Ethel Merman. Perhaps being more selective would go against the tenets of the company’s documentary approach, yet there are crucial differences between empathy and mere congruence that occasionally get overlooked.

The crew has a few natural leaders (Rusty Myers and Jessica Morrison, in particular) though the whole process feels decidedly democratic. Despite being almost entirely scripted (save for the ceremonial audience participation) and energetically choreographed, the entire evening has the off-the-cuff feel of improv. Similarly the reward-to-tedium ratio fluctuates from skit to skit, though the ensemble’s earnestness definitely tips the scales in their favor.

It is easy to enjoy “El Stories” even if you’ve never ridden the CTA, though the real pleasure is in commiserating with its tellers. Sharing these experiences allows the act of mass transit to transcend mere necessity and move haltingly, stuffily and fragrantly onto the platform of art. (Kevin Greene)