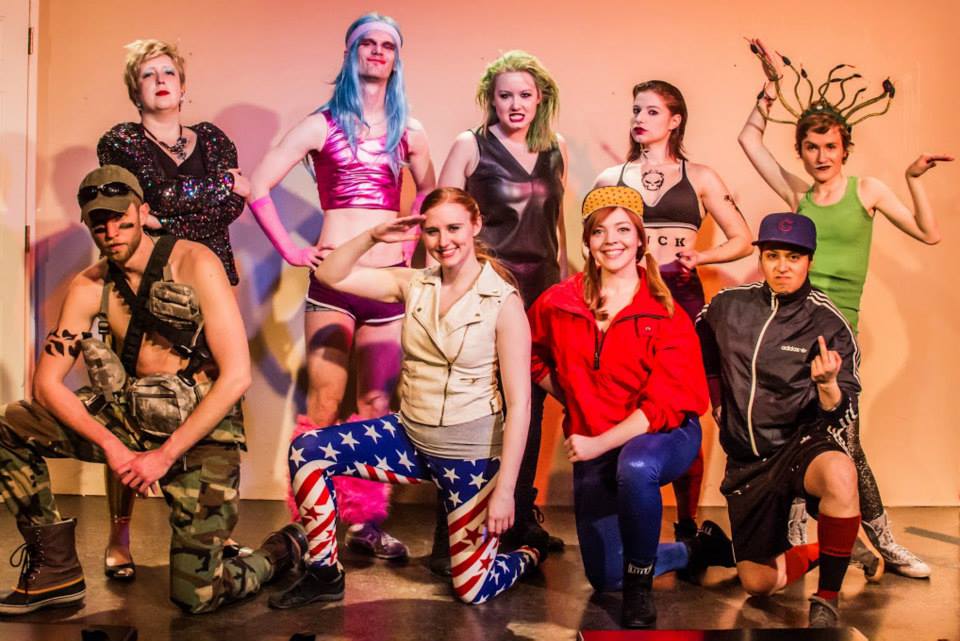 By no coincidence whatsoever, my saddest, oldest, drunkest (SOD) friend is a big fan of pro wrestling, so a trip to the Annoyance to see some ladies go at it seemed like just the ticket. Directed by Jillian Mueller, “Slamazons!” tells the tale of a women’s wrestling league, complete with a real wrestling ring in the middle of the theater. Most of the action takes place in the ring, including wrestling matches, tryouts and all the drama innate to the world of wrestling. The protagonist is Major-ette, a not-quite ex-marine who has turned to the world of wrestling because she couldn’t ejaculate into a cup, the final step of boot camp. It seems ridiculous—you would think that they kicked her out just because of the patriarchally dominated military industrial complex’s archaic means of weeding out women—but I have it on good word from former marines that yes, the last step of boot camp is spurting one off into a cup. No janks, no tanks.

The first act sets up the inevitable main event between Major-ette and Nightripper, who has been asked by her betting mother to literally murder her opponent so she can win some cash. SOD tells me that this storyline is pretty common, so I’ll let it fly, but it seems like this attempt to give the characters some depth falls a little flat.

Speaking of falling flat, there is some actual wrestling in this show, which is pretty cool. Specifically, a match between a Russian born rap-artist and a cross-dresser features some decent moves that look realistic and add some drama to the show. Most of the other matches are tame, though classic lines such as “Should I pee or poo on her?” are delightfully ludicrous. All of the characters have a story line and they all gather around for the final match, but it is difficult to get behind the main event. There is much to make fun of and mock in the wrestling world, and this show doesn’t take advantage of that. It seems like a missed opportunity that “Slamazons!” is only slightly less ridiculous than actual pro wrestling. (Logan West)