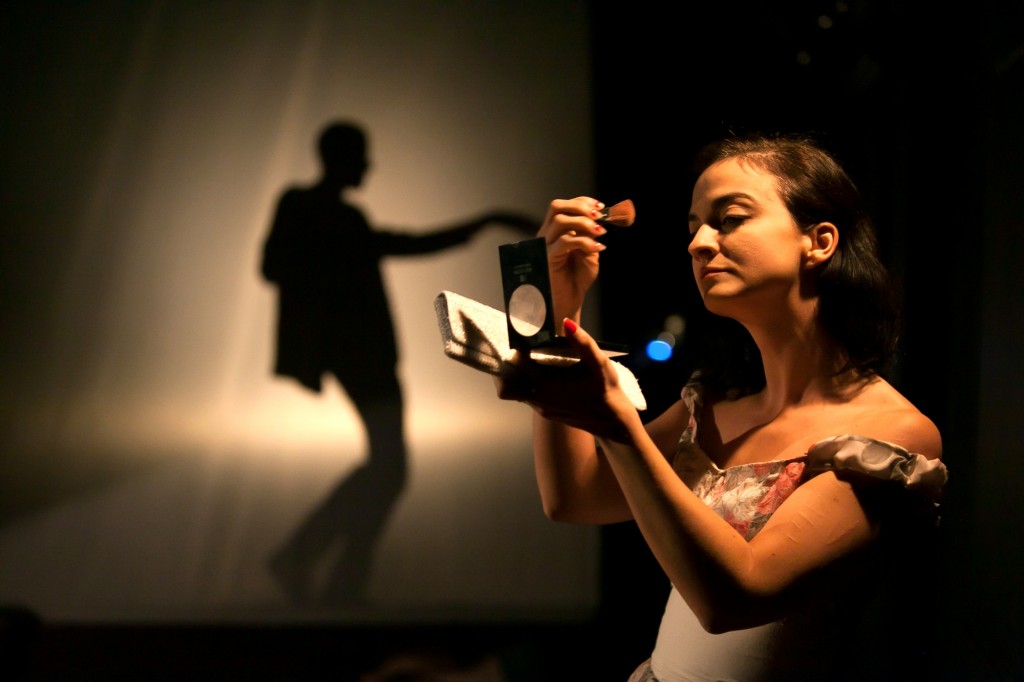 People will probably never stop basing plays (and movies and books) on “The Odyssey.” Homer’s ancient epic poem chronicling Odysseus’ long return home from Troy is elemental to our understanding of heroism, adventure and longing. French playwright Simon Abkarian focuses his play “Penelope, O Penelope” on the journey’s end: when Odysseus finally makes it home to Ithaca, reunites with his son Telemachus and—at least in Homer’s version—brutally murders all the suitors gathered around his wife, Penelope. Abkarian adopts the basic situation—lost soldier/father, mourning mother, lecherous suitor, a son who also does stuff—and spins it into his own tale of love, loss, sex and violence.

Unfortunately the results are often stultifying and ponderous, at least in director Eva Patko’s production with Theatre Y, the show’s US- and English-language debut in a translation from Theatre Y’s artistic director, Melissa Lorraine. Lorraine also plays Dinah, the show’s Penelope figure, while actor Rich Holton plays both her long-lost husband, Elias, and erstwhile son, Theo. As Dinah’s landlord/suitor, Ante, Kevin V. Smith gives the play’s most dynamic performance. He’s a wretch, but a sympathetically pathetic one. A late scene between Elias and Ante crackles with gangster-noir energy. It’s the show’s high point, of which there are too few.

Abkarian’s text is knotty and dense, with frank sexual imagery crammed next to horizon-gazing philosophy and drawn-out bouts of poetic keening. It is difficult but one has to imagine it can be mastered. Just not here. Patko often strands her actors in states of emotional posturing, hammering emotions like “anger” or “fear” or “desire” into the ground while the words come unmoored from any sense of specificity or meaning.

The show is housed in a church attic with black sloping walls. The floor is covered in rust-colored sand and a large white screen forms the back wall of the space. The screen is used for silhouette, video and shadow puppetry, moments which come and go seemingly at random over the play’s two-and-a-half-hour running time. One scene employs a live rat for some reason. It did not seem happy. I can’t blame it. (Alex Huntsberger)