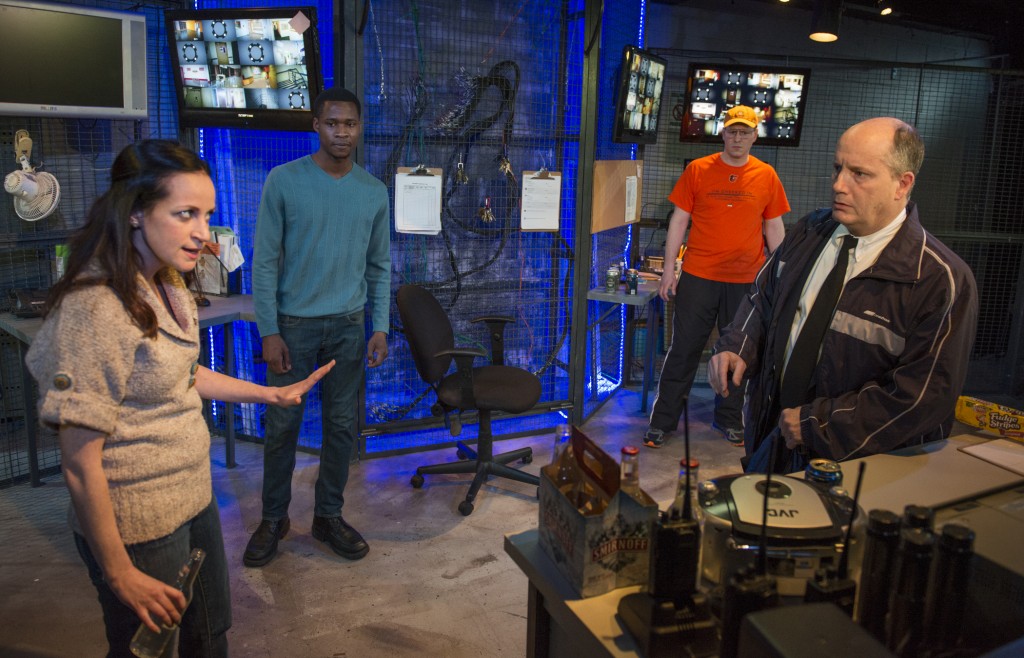 In our world of bullet points and sound bytes, the second act of an entertainment seems presented with the challenge of proving its worth. A bristling Act I is often sadly followed by a deflated Act II, and these annoyances prevent us from contact with our smartphones. Enter the eighty-ninety-minute play, musical or opera, sans intermission: All the story, constant thrills, you’re sated and somewhere else in two hours. Still, it is incumbent upon the presenting artists to keep the pedal to the metal if they aren’t going to let us pee. A Red Orchid Theatre’s production of playwright Ethan Lipton’s “Red Handed Otter” is chock full of disarmingly talented actors and designers. But the resonant premise is insufficient to the responsibility of ninety minutes.

In “Red Handed Otter,” a zany family-by-circumstance, all marginalized, societal misfits, has learned to communicate through stories about their animals. (Or lack thereof.) Their dreams and fears may be attributed to their pets, or they may talk about them in a way that conveys emotion, without taking responsibility for their tone. We’ve all met someone with so many charming stories and phone-pics about and of their pet-compatriots that it seems we never hear about their particular, personal journeys. This is not to say that their tales and photos aren’t fun, or that we don’t enjoy and care about them, and this is why “Red Handed Otter” has something going for it, out of the gate.

Lipton’s dialogue is often very funny and revealing without being preachy. His characters are warm and human, both lost and wise. He is brave enough to attempt Chekovian twists from pain to mirth, and pulls it off roundly. I hope he will revisit this play. His sense of pacing in-scene is well-modulated, but if these two co-workers warring over the same woman was to have provided a ninety-minute central arc, then the battle is lost. Maybe more plot, and an Act II? (Aaron Hunt)