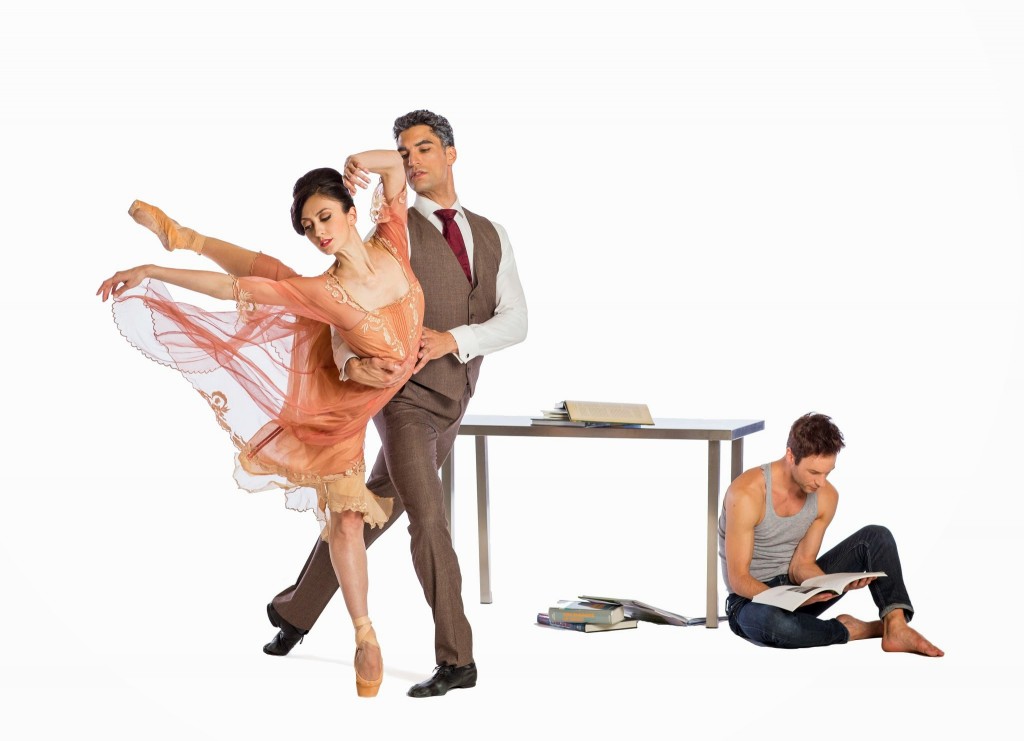 Soft-spoken and self-effacing, Nicolas Blanc sits in a folding chair in a sunny studio room of the Joffrey tower, gently cueing the entrances and changes for five dancers in his short ballet entitled “Evenfall,” uttering the occasional, supportive “good” or “nice” for a well-landed movement. Ballet Master for the Joffrey since 2011, Blanc is about to add his own choreography to the company repertory for the first time, which appears in a “New Works” program alongside household name Christopher Wheeldon and rising-star resident choreographer of the New York City Ballet Justin Peck.

“I’ve wanted to choreograph a long time…since I was a child,” Blanc said. “And I think there are parallels with being a Ballet Master. That parallel is about how you move people in a room; you’re a bit like a conductor. I’ve been in charge of so many choreographers’ work—Nijinsky’s ‘Rite of Spring’ was on my shoulders, I recently reset ‘Incantations’—and that helps me; their work informs me about their creative process. I’m learning from what has come before. I’m in the process of creating my own language.”

Blanc’s voice in “Evenfall” parallels his spoken voice: gentle, poetic and sincere. The twenty minutes duration travel through the course of one day, a full turn of the seasons and the span of three generations, layered and cycled in the imagination of a poet. Four dancers represent a younger and older version of the same couple—the younger pair live in the 1920s, the older in the 1960s, giving Blanc the opportunity to indulge his love of beautiful costuming. The poet who imagines their tender and tempestuous epic lives in the present day, stealing sidelong looks at his laptop and performing a marvelous duet with his rolling desk, the physical embodiment of the life of the mind, an artist wresting with his thoughts.

The theatrical elements of the piece are one of Blanc’s strengths; it is character-driven choreography and the cast in this rehearsal—the original cast on whom he first created it in 2013 for a festival in France—comfortably inhabit their roles. The women particularly shine; Victoria Jaiani as part of the older couple is not only a mesmerizingly flawless dancer but an expressive physical actress as well, her strong facial features are as captivating as her impossibly willowy physique. Anastacia Holden, as her younger counterpart, is a muscular, powerful contrast, blazing through the summer season (the ballet is set to Max Richter’s “The Four Seasons”) with fiery force. The piece closes in winter, with tenderness, grace and an ambiguous melancholy.

Of the dancers Blanc said, “They are fantastic artists. To work with people who have the ability to give something to the choreography… because choreography is an exchange between the choreographer and the artist. As a dancer it’s always important to not wait for what’s been taught, but have a sense of discovery and intuition.” That sense of exchange, exploration and trust makes this new, heartfelt creation ring true. (Sharon Hoyer)