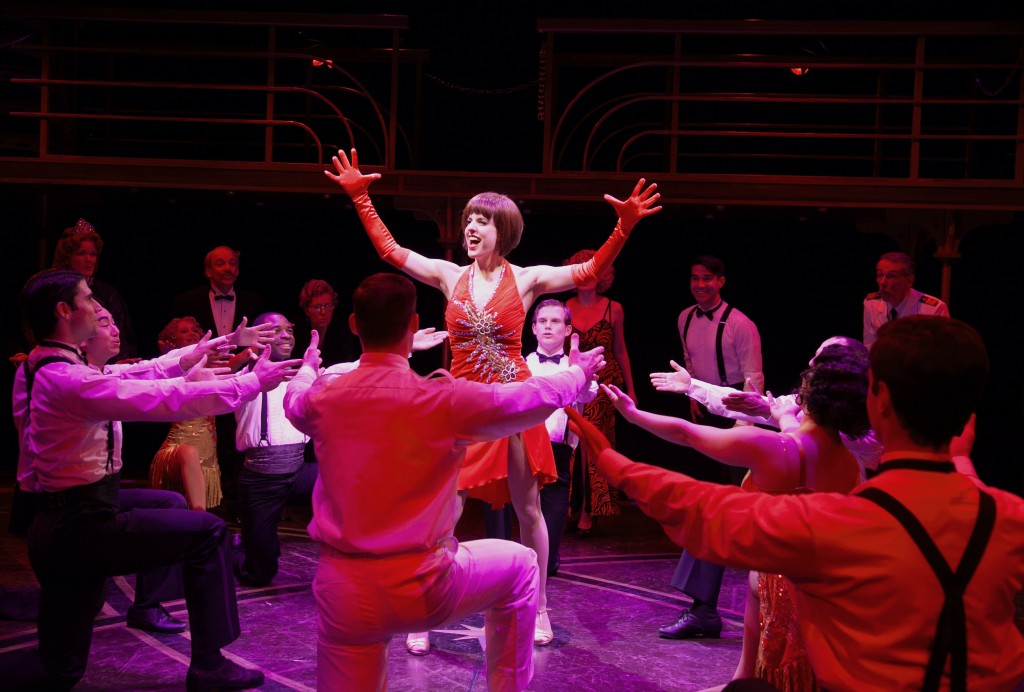 It’s always an event when Chicago can steal director/choreographer Marc Robin away from his duties as artistic director of Lancaster, Pennsylvania’s Fulton Theatre to work his special magic within a theater community that still considers him their own, and Marriott’s “Anything Goes” shows Robin’s gifts at full sail. Just never mind comparing this 1987 version with other productions, revivals or films with which you’re familiar, in terms of musical numbers, characters or plot lines. You’re on a ship, and you left all your cast albums at home. Pull up a deck chair.

Stephanie Binetti’s Reno Sweeney tap dances away from the Merman model, and ups the ante on Ethel’s Broadway successors of sexier sensibilities. Binetti scorches with legs that won’t quit, a voice with a burnishing belt and a warming mix, and a playful way with the character’s brassier lines; this is a performance to see and hear. Summer Naomi Smart is achingly vulnerable as Hope Harcourt. Although this version robs Hope of her introduction-ballad and tosses her Latin-flavored, edifying, eleven o’clock number to one of the boys for comic fodder, Smart delivers a fully fleshed character; her vibrant soprano makes much of the single, slight ballad afforded.

As Elisha Whitney and Moonface Martin, favorite clowns Gene Weygandt and Ross Lehman stop the room with every utterance or gesture. While Weygandt’s drunken, fey take on a seaboard lothario will have you laughing so hard no sound will come out, Lehman’s not-so-hardened criminal will set you screaming with mirth. He makes his funny little song “Be Like the Bluebird” into an operatic scena; if this 1987 version hadn’t cut one of the verses, hospitalization-by-laughter would be the order of the day. (Aaron Hunt)