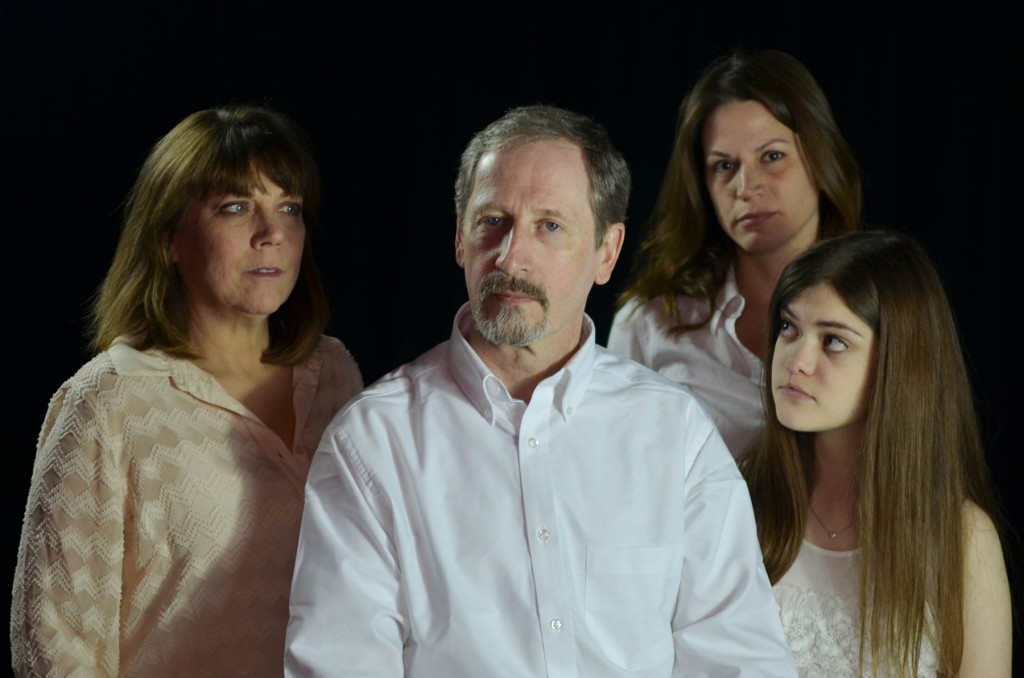 The arts community lost a staggering number of incredible talents in 2014. Arguably, no death caused the world so much shock as the suicide of Robin Williams. He and his works were beloved by so many that few could reason why or how he could no longer continue to live. Yet, in his death, he shined a staggeringly bright light on a topic that has far too long been in the dark: mental illness.

Long before news of Williams’ passing broke, Richard Engling and Polarity Ensemble Theatre were preparing to take on the enormous task of honoring one of Engling’s dear friends who also struggled with mental illness. Among a slew of other titles she was a passionate writer and an inspiring teacher, always challenging herself to set goals and meet or exceed them. Her name was Fern Chertkow and she and her story are getting a new life in “The Afterlife Trilogy,” which consists of two novels—“Visions of Anna” by Engling and one of Chertkow’s posthumously published works, “She Plays in Darkness”—and a play “Anna in the Afterlife,” also written by Engling.

“Fern had published a number of short works in literary magazines and she had won some awards for that but she never, at the time of her death, had published book-length work yet,” says Engling,  Polarity’s artistic director. “I think if she had lived longer she certainly would have.”

While attending Chertkow’s memorial service in Utah, where she had passed, Engling helped Chertkow’s parents pack the things she had left behind, including many unpublished works. One of those works was “She Plays in Darkness,” which was written a few years before Chertkow’s death. As they cleaned, Engling spoke to Chertkow’s parents about the hopes of getting her work into print. Years later, he wrote “Visions of Anna,” with Chertkow being the inspiration for Anna, trying to understand his friend’s death.

“[Fern] was a very good friend of mine and it was a huge loss when she took her life,” says Engling. “I was left with that mystery of ‘why?’ I had some ideas. But a lot of times, I think for a lot of writers, sometimes what we write about is less what we know and more of what we’d like to know and then we delve into it in the act of composing the work.”

Polarity co-founder Ann Keen has seen the script of “Anna in the Afterlife” go through many changes since the work debuted in Polarity’s 2011 Dionysos Cup under the title “Absolution.” The Cup offers playwrights a chance to compete for a chance to see their work come to life in workshop performances performed for two weekends. “Anna in the Afterlife” was also a part of the Dionysos Cup in 2013 as a festival bonus performance.

“I think this is a first for Polarity, but it’s something Richard has always been passionate about,” says Keen. “Richard came at things from a playwriting and novelist perspective. So, for him, I think it was always in his mind that he would like to take novels and transform them into theater. He had this project in mind a long time ago…. With this, [Fern’s] suicide is something that’s always sort of haunted him and he put that into a work and is putting her work into this piece. So, in some ways, he’s giving life to her words as well as his.”

Though the characters and situations in the trilogy may resemble certain people or instances that occurred in real life, Engling emphasizes that none of the works are meant to be seen as true accounts and, in spite of its topic, there is a lot of humor in the work.

“None of these things are memoir or documentary,” says Engling. “There are some things that are based on history, but other stuff is just speculation, especially in the play because the whole thing takes place in the afterlife. There’s a character inspired by Fern and there are characters inspired by other friends of mine, but at the same time they’re fiction. They don’t intend to be documentary versions of those people.”

Though all three works are stand-alone pieces and can be experienced in any order, they all connect with each other and can help a reader or audience member experience the works in a deeper way. Engling is also taking on the role of Matthew, a friend of Anna’s who’s caught between the land of the living and the world of the dead, in “Anna in the Afterlife.”

“For me, in writing the play and thinking about a production to follow as I was writing it, it presented challenges as an actor I wanted to take on,” says Engling. “So I was really excited to do it from that standpoint. It certainly does bring up some really strong emotions. There’s no doubt about it.”

At least one of the other actors in the show recognizes the challenges this script presents because of Engling’s personal connection to the work in various ways.

“It’s easier and harder, and also a gift and a curse,” says Sheila Willis, who plays one of three versions of Anna. “It’s been a wonderful gift because [Richard] is the source material. He wrote it and he can give real insight into the personality—even the fictionalized version of the character. Instead of creating the character from scratch, you get to say ‘Hey, what kind of music did she like? What was her sense of humor? How did this play out?’ and that’s been a real gift. But there’s also a sort of pressure that comes with that because you want to honor the spirit of someone who really [is] fiction, but was also inspired by someone.”

Though it’s never clear to the living why someone would choose to end their life, it seems clear that more discussion around the issue of mental illness and destigmatization of the disease would be a step in the right direction for those both afflicted and those who are left behind.

“Because we’re dealing with a suicide situation [in “Anna in the Afterlife”] it sounds like the play would be really depressing, but it’s not,” says Engling. “I guess if there’s anything I’d want to get across to anyone who was suffering if someone were to see [the play] or read one of these [books] who was in a bad place themselves, [is] there’s two things that I think are the huge enemy of someone surviving. One of them is isolation. It’s easy to sink when you stay alone and there is a character who survives an attempt and one who doesn’t. The one who does, it has a lot to do with being in contact with people. The other is: pain passes. People can get to a very low place and it can feel like forever, but things do get better and there’s sometimes a patience of waiting…. I don’t pretend to have the answers, and we don’t.”

However, that’s not to say that there isn’t hope, and Engling wants people to know that just because the show’s theme is grim, doesn’t mean the story is bleak all the way through.

“There’s a fair amount of humor in it and the end effect of the play is not depressing, so I would hate for people to stay away because they would think, ‘Oh, God that sounds too depressing for me,’ because it’s not.”

“Anna in the Afterlife” runs April 22-May 24 at the Greenhouse Theater Center, 2257 North Lincoln. “Visions of Anna” and “She Plays in Darkness” are available for purchase at the Greenhouse Theater Center, City Lit Books, The Book Cellar and on Amazon. Visit petheatre.com or call (773)404-7336 for more information on special events, including talkbacks after the performances on April 26, May 3, May 14 and May 21.