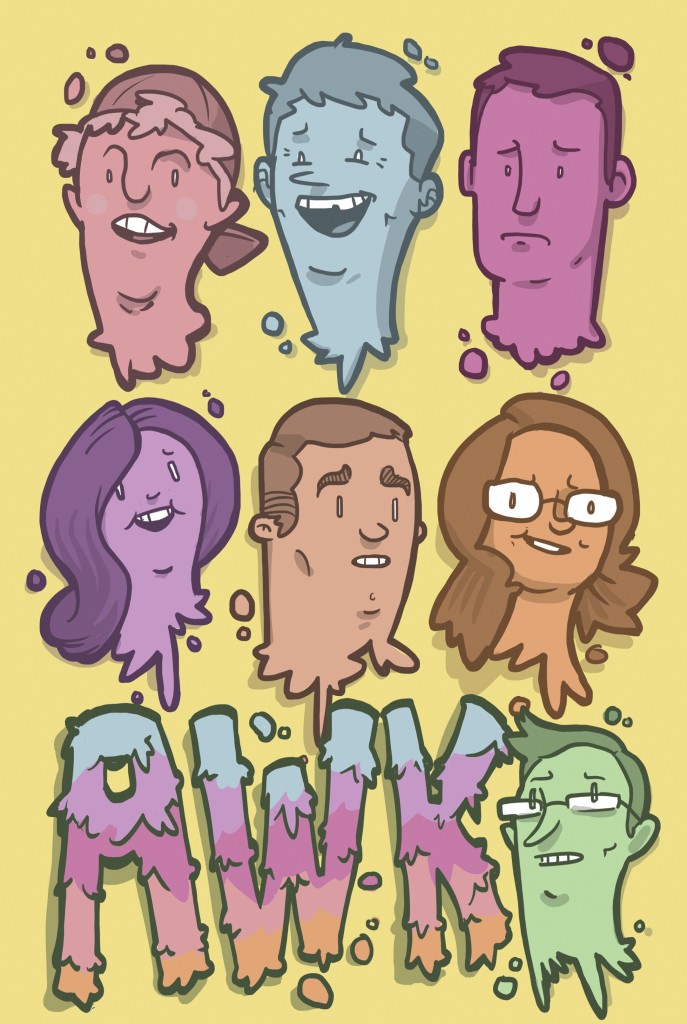 Some people, when moved to frenetic laughter, are prone to requiring so much air to replace the air lost due to their audible guffaws that they suck in through their noses, creating a snorting sound that usually does little to stifle their laughter and is often a source of enjoyment to all who surround. Everyone has experienced this. Some lady behind me was snorting during this show, and I laughed, because she was having a great time. It was funny to hear her snort. Unfortunately, this woman’s snorting might have been the high mark of laughter throughout the show.

“AWK Presents… The Yuk Yuk Hour” is a collection of sketches that range in value from intriguing concepts with loads of potential to semi-disastrous recycled drivel. Sometimes, shows are just flat-out terrible and you walk away feeling fine because, hey, you can’t win ‘em all. This show was somehow more frustrating because the concepts had some legs, at times long, toned legs with supple quads and sculpted calves. You root for the sketch to pan out because the concepts are worthy of great writing and acting. The letdown is then perhaps greater when, out of maybe twenty sketches, only three end up providing genuine laughter. Back into your corduroy jeans, svelte gams.

For some sketch shows, a few laughs is sufficient. But for this group, who seem to work well with each other, it isn’t enough. The writing is a tease: it feels like a couple more weeks of fine-tuning could change this from a forgettable show to a damned enjoyable one. Instead, it feels as if they got about seventy-five percent through each concept and started rehearsing, banking on chemistry and talent to save the day.

If “AWK” is short for awkward, this is aptly named, though perhaps not with the intended sentiment. There’s a nice rap about safe driving, and some very creative use of Panera bread, but beyond that, “The Yuk Yuk Hour” ends up feeling like Yuk Yuk Hours. Unless you’re that snorting lady. Snort lady loved it. (Logan West)