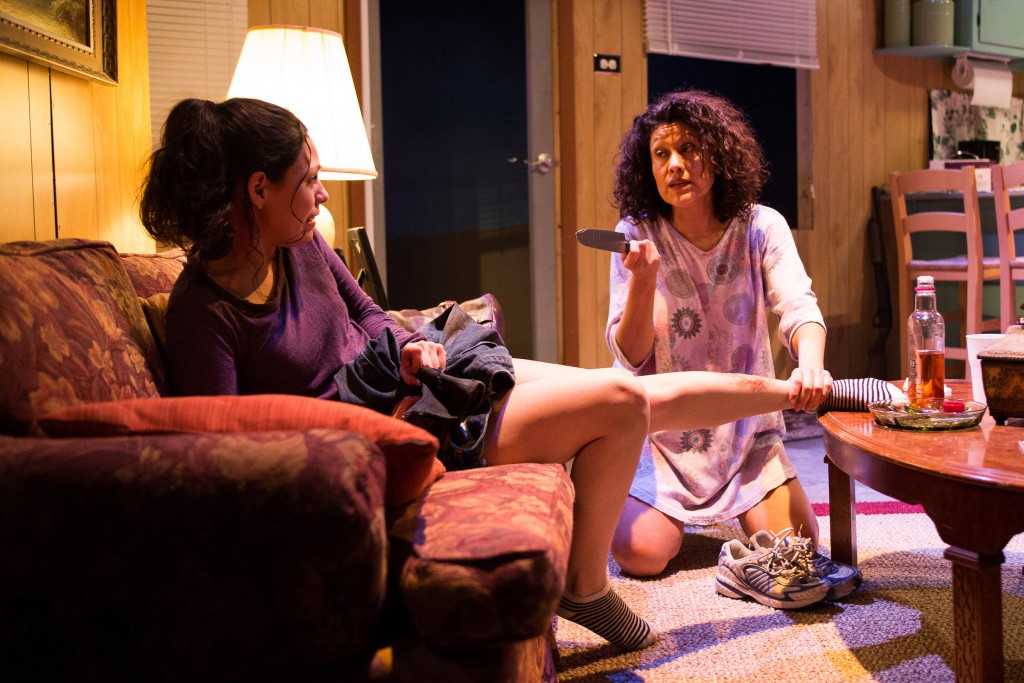 We all have secrets. Some bind us to others; some keep us bound in silence to ourselves; very few remain concealed. “Between You, Me and the Lampshade,” a world premiere written by Raúl Castillo, explores the lengths some go to hide the truth and the comedy that goes along with trying to keep something (or in this case, someone) in the closet.

Teatro Vista’s executive artistic director, Ricardo Gutierrez, clearly had a vision for this show. The cast, led by Teatro Vista ensemble member and Jeff Award-winning actress Sandra Marquez, brilliantly takes the audience on an emotional roller coaster exploring family, love, immigration and the powerful (yet sometimes frightening) idea of what it can mean to be free.

In southern Texas, Jesse (Marquez) struggles to take care of her son Woody (Tommy Rivera-Vega), while also maintaining a career. When Amparo (Ayssette Muñoz), a stranger with a bad snakebite, breaks into her home in the middle of the night, Jesse decides to help her rather than shoot her and a series of unpredictable events unfold.

Fresh in its approach to a border story, Castillo wonderfully blends tragedy with laughter—not making light of Amparo’s situation, but showing that one person’s reality can be as crazy as fiction. The set and sound, designed by José Manuel Díaz and Victoria Delorio, respectively, further pulls the audience into every scene.