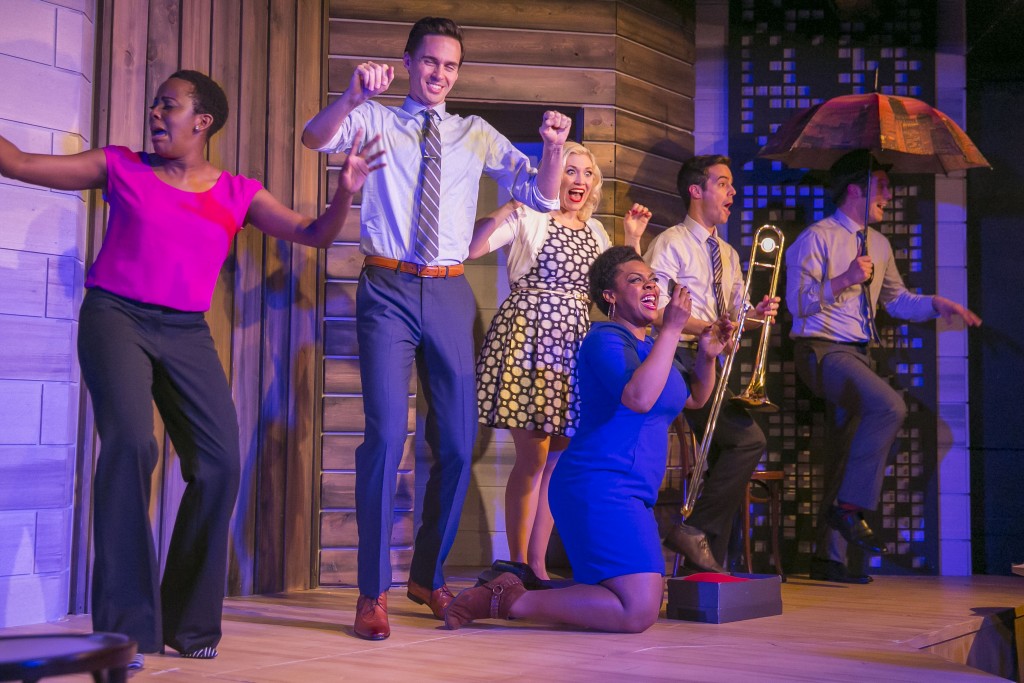 Satire works best when it has enough of a bite that even those laughing can feel the teeth marks. Too gentle and the jokes just feel safe and congratulatory for those in agreement, but too much and it’s hard to keep laughing. This narrow playing space is what keeps a lot of sketch stuck in the relative safety of an inoffensive nonsense land (where, to be fair, some of the funniest concepts and characters live and flourish—not everything needs to have a point). Still, Chicago audiences are lucky that the cast members of “Soul Brother, Where Art Thou?”—a slow build of a revue that starts out a bit flat and rises to some impressive peaks—know exactly when and how to push things for the sake of comedy serving as a message delivery system.

To be clear, “Soul Brother” nails some easy targets (and nails them well): the NFL’s record (or lack thereof) of supporting their players, Scientology, the George Lucas museum. But it also delves into much headier territory with equally funny aplomb: remembering 9/11, the dark underbelly of the sex trade, words white people can say that black people can’t, laws based on religious beliefs. And, surprisingly, there’s even a wordless sketch that hits many of the same emotional high-points as the legendary intro to “Up,” delivering more of a gut-punch than a punchline. Across the board, this is very smart, intentional writing.

This is a cohesive, giving ensemble and under the direction of Anthony LeBlanc performers continuously build off of each other’s energy, making even the simplest scenes feel fully fleshed out. Rashawn Nadine Scott absolutely kills a song about seeking love online, Eddie Mujica jitters across the stage as a vengeful iPhone, Lisa Beasley drops an inspired rap as a frustrated CPS student, Tim Ryder giddily strums a banjo-ukulele hybrid, Carisa Barreca delivers a wide- and wild-eyed, technologically magic song about stalking an audience member, and Scott Morehead channels a gleeful mixture of Chris Pratt and Paul Rudd throughout, but especially as a mischievous kid meeting his mom’s latest date for the first time (and giving him “a tiny LSD”).

Most memorably, there’s a golfing scene with a number of bro-fessional punsters that descends into madness. So, there may be several serious messages embedded here, but at the end of the night, it’s about the laughs; no one’s getting all bro-fessorial on you. (Zach Freeman)