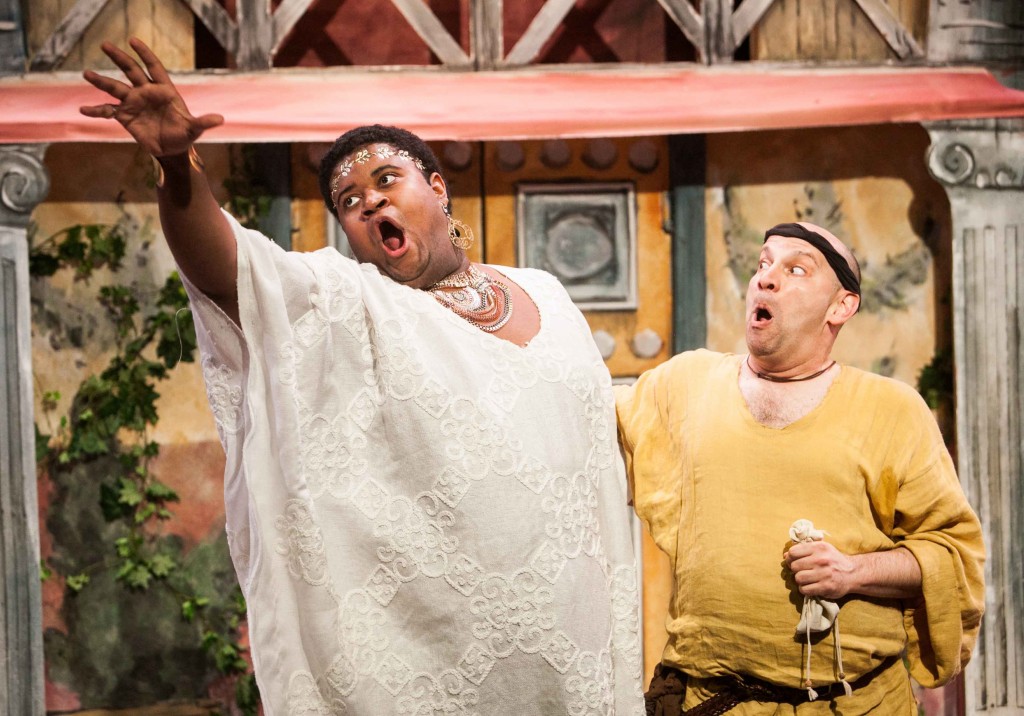 Coming on the heels of their insightful production of “Sondheim on Sondheim, ” Porchlight Music Theatre provides just enough silly to make “A Funny Thing Happened on the Way to the Forum” work. To make up for the lack of memorable hit numbers (although “Comedy Tonight” will keep you humming the next day), director Michael Weber keeps the pace and antics high. Flourishes include a very funny amount of tragedy in the opening number (as if to prove this is indeed a comedy) as well as a decidedly “cheeky” Miles Blim (as Hero) at the beginning of the second act. These fresh ideas go a long way in ensuring that the redundancy of characters dressing in drag, dressing as each other, or dressing as each other in drag is funnier than it is stale.

Also going a long way to making this production work is the sheer energy of the ensemble, with Bill Larkin’s not-quite-manic portrayal of Pseudolus leading the way. Larkin’s comedic instincts are on full display here as he tackles a seemingly never-ending number of problems in order to unite his hopelessly naïve young master with a virgin slave girl set to marry a Roman general. Also standing out is Lorenzo Rush Jr., whose baritone voice hides the often cowardly instincts of the pimp Lycus. Over-the-top Roman generals, soldiers with silly dances, middle-aged masters of the house, shrill housewives and comely (and quite acrobatic) courtesans also get their due in this crisp, but mostly nonsensical, script.

The worst thing to be said about this musical comedy is that it does not quite work up to the standard set by some of Porchlight’s recent productions (last year’s “How to Succeed in Business Without Really Trying” for example, was just as funny but also dazzled with stunning choreography). At the same time, the pratfalls, slapsticks and innuendos are all executed exceedingly well and there are enough truly laugh-out-loud moments to make this an entertaining production worth experiencing. (Noel Schecter)