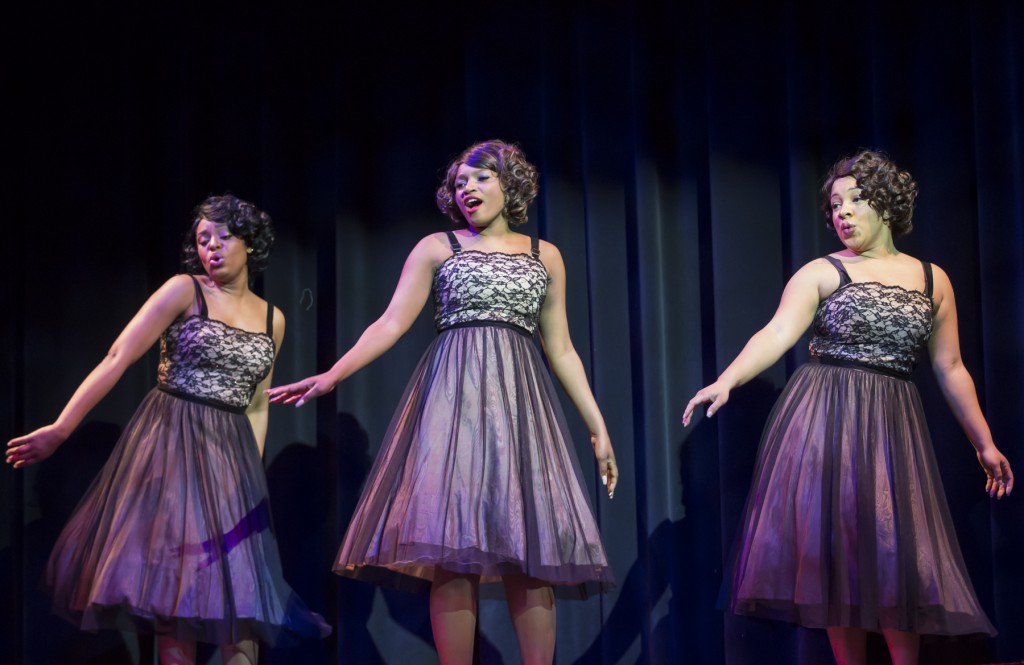 Written and directed by Rueben D. Echoles, “Sounds So Sweet” follows the Harris family on their journey to lay their matriarch to rest. As the Harris’ gather in Mississippi to host Grandstine’s (Yahdina U-Deen) “Going to Heaven Party,” they reflect on the soundtrack of their lives, which mainly features hits from R&B, hip-hop and soul girl groups from the 1960s to the present.

As Grandstine’s youngest daughter, Marcia, Dawn Bless undoubtedly steals the show. She is a powerhouse singer and, when the family isn’t recollecting fond memories of their dearly departed, they’re snooping into Marcia’s romance with her longtime friend, Robert Clarkson (Casey Hayes).

The cast is musically strong overall, but the majority of the acting lacks a certain realism to draw the audience in. In addition, while the song selection is varied enough for audience members of all ages to enjoy, the book is extremely cliché, predictable and feels more like filler between musical numbers than substantial text moving the story along. The best number of the show is an impressive mash-up of The Supremes’ “You Keep Me Hangin’ On” and the Destiny’s Child hit “Survivor.”

Echoles’ dialogue attempts to incorporate music history, but some facts are jumbled and often don’t contribute much to the production. For example, TLC is referred to as “the best-selling group,” which may be true for American hip-hop and R&B girl groups (depending on the source and specific calculation method), but (believe it or not) The Spice Girls still hold the record for most physical sales of a girl group. In terms of groups overall, a little boy band called The Beatles still holds the record for highest sales.

As the show focuses on the idea of “new school versus old school” musical tastes, it’s not a flaw that the aforementioned groups are left out of the musical numbers. Yet, since the show does take ample time in different “battle of the girl group” montages to present record sales figures, Grammy wins, etc. to prove why one girl group is better than the other, clear and accurate information would help tell the story. (Mary Kroeck)