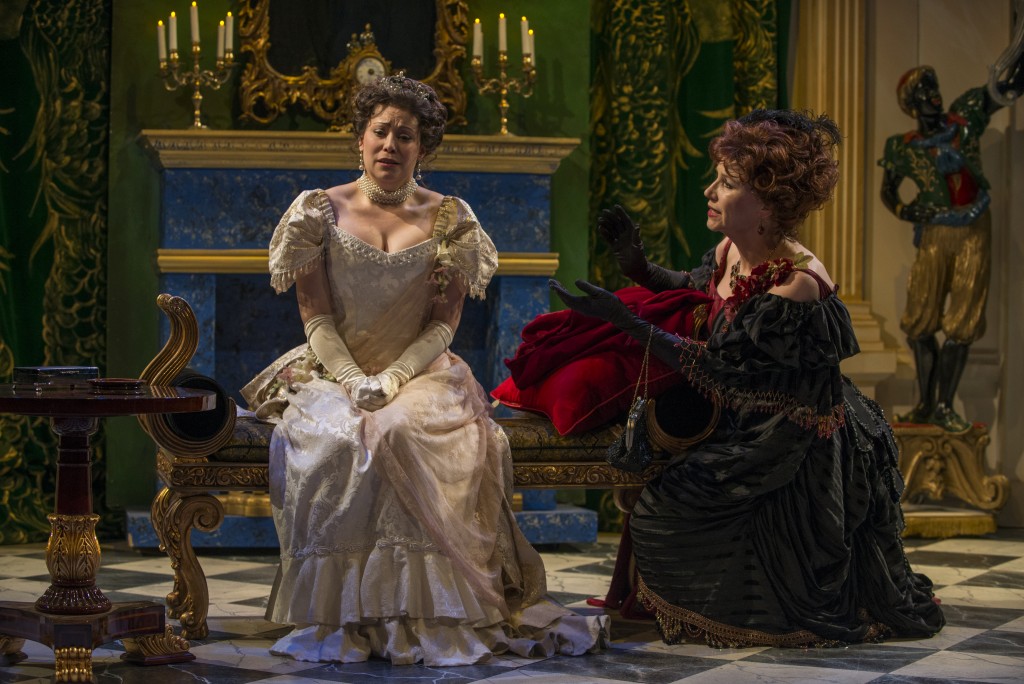 Oscar Wilde is generally acknowledged as one of the most skillful wits to have written in the English language. His plays are filled with wicked jibes at the expense of British society of his day, and of human nature overall. While it isn’t as famous as “The Importance of Being Earnest,” “Lady Windermere’s Fan,” one of Wilde’s earlier works, contains much of the banter and barbed humor that makes for a pleasantly comedic evening.

And that’s exactly what one gets in this new production from Dead Writers Theatre Collective. Director Jim Schneider helms a show that is beautifully staged upon an impressive set by designer Moon Jung Kim. The whole evening is a feast for the eyes. Patti Roeder’s costumes are glorious to behold.

Delivery of the most biting punchlines is sometimes hindered by the speed of the actors’ speech. To plow through the setup and then race through the punchline is to not be heard clearly, nor understood, and this is a bit of an error when it comes to the brilliance of Wilde’s words. And yet, the characters are clearly created, the portrayals well rendered. Were the cast to take a deep breath and allow their jokes to land, they should find more laughs headed their way.

The play breezes through its two hours, with Megan Delay doing admirable work as the titular Lady Windermere, and Joanna Riopelle resonating as the mysterious Mrs. Erlynne. Despite a few near misses, most of the humor lands squarely and brings the evening to a close with a satisfactory end. As this piece isn’t pushing any boundaries more than 120 years beyond its initial London run, it is a safe, clever and appropriately light entertainment for a late spring evening. (Christopher Kidder-Mostrom)