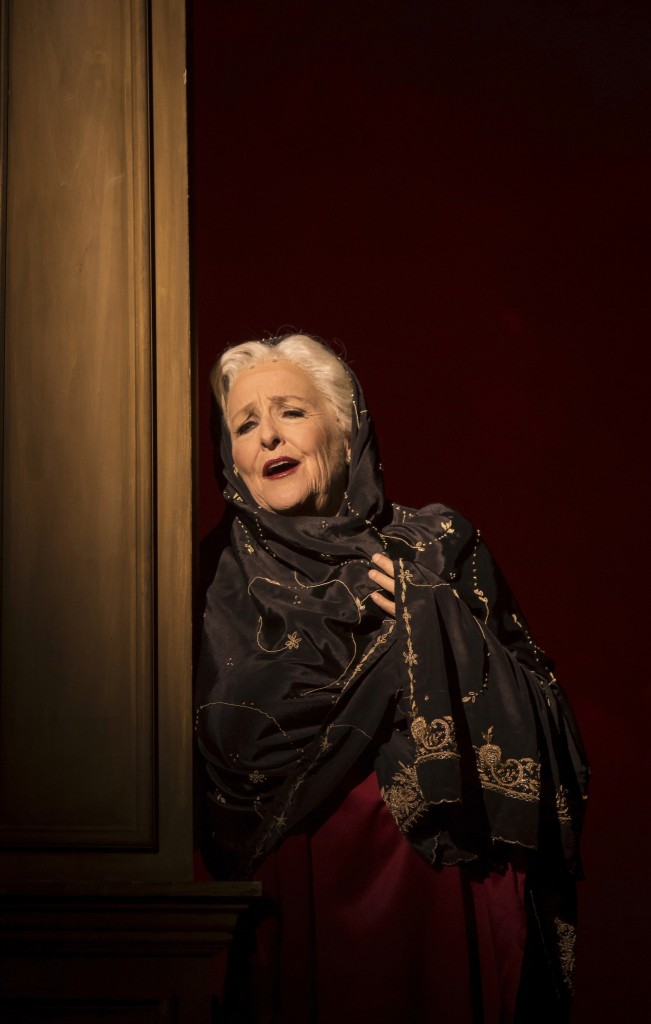 The mythical line between opera and musical theater further fades with Chicago Opera Theater’s mounting of “A Coffin in Egypt.” Is it really an opera, as advertised? The composer, Ricky Ian Gordon, and Leonard Foglia, librettist and director, (who based his libretto on American dramatist Horton Foote’s play) have enjoyed storied Broadway careers. The scenic and costume designer Riccardo Hernandez, and lighting designer Brian Nason are Broadway veterans.

The performers address each other face-to-face, turning upstage, rather than cheating out toward the audience. The portrayals are natural, not exaggerated in body language or counterfeit emotion. “Coffin” contains spoken dialogue. This allows the singing to flow out of narrative that can no longer be expressed with mere words. Isn’t this the type of writing that made “Oklahoma” a success?

Wealthy matron Myrtle Bledsoe is seeking to reconcile the lost opportunities in her storied life. Furious and bigoted, she has taken her young daughters to Europe to avoid her shame at her husband’s public infidelity with a mulatto woman. The story’s situation, and some of the musical writing, has resonance with the Adam Guettel/Craig Lucas show “A Light in the Piazza,” labelled a Broadway show, yet with multiple forays into opera-land.

And then there is the incomparable Frederica von Stade, stepping out of retirement to bejewel lyric theater written especially for her particular gifts. Her phrasing is perfection, her diction clear as a bell. She spins an unfluctuating vibrato, gliding through pianissimo to forte, and back again. The vocal transitions from chest, to mix, to sparkling high notes, is breath-thieving.

Particularly in the upper register, von Stade and “Piazza’s” Victoria Clark share a silky silver; should we be surprised? Victoria began in opera, until musicals insisted. Flicka had planned a career in musicals before opera called her away. There is little-to-no difference in the acting styles of these two fine players.

The dividing day between musical theater and opera fast approaches. I wave a welcome. (Aaron Hunt)