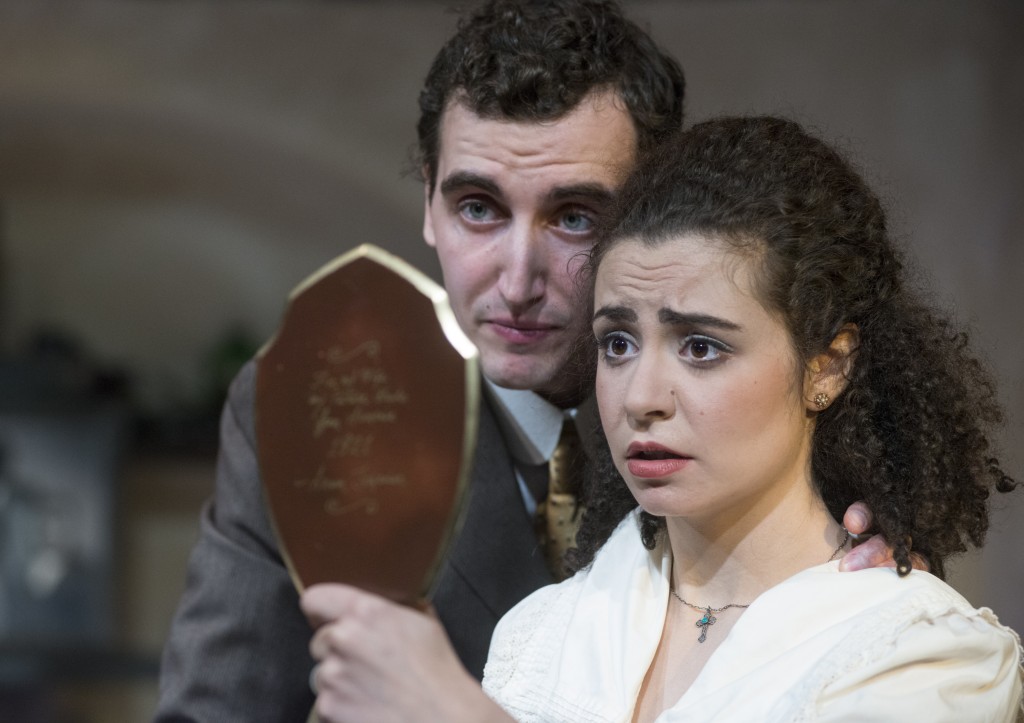 Richard Kalinoski’s play “Beast on the Moon” has won awards all over the world, and in Raven Theatre’s current production directed by Michael Menendian, one can easily see why. The story of two young survivors of the Armenian genocide of 1915 is set in Milwaukee and illuminates the difficulties of coming to America, starting a new life, and trying to both live up to and in spite of the shadows of one’s past.

The performance begins with a video montage that serves to educate the audience about the Armenian people and the atrocities they suffered at the hands of the Ottoman Empire. The piece, put together by Kelly Rickert, very effectively sets the tone and gives the audience the kind of background information needed to truly become immersed in the play itself.

This is a play about hope, but the story line travels along a path of one emotional landmine after another. Aram Tomasian (Matt Browning) has come to America after his family was killed in Armenia. He has set himself up as a photographer, and with the money he has saved, he orders a bride from his homeland based on a small photograph. Seta Tomasian (Sophia Menendian) is that mail-order bride. Her family was also eliminated by the Turks. From the beginning, Seta is the embodiment of hope and appreciation of being saved from death or worse. Her husband is constantly in a darker place, one fueled by the need to replace his dead relatives with a new family of his own.

Much of the play’s conflict is tied to the couple’s inability to have children and the differences in their own upbringings. Over time certain issues work themselves out, but it isn’t until a neighborhood street urchin named Vincent (Aaron Lamm) enters their lives that they are able to slowly move toward happiness in their new life in a new land.

This is a deep and moving piece that educates while it entertains, doing so without making the audience feel clubbed over the head with information. (Christopher Kidder-Mostrom)