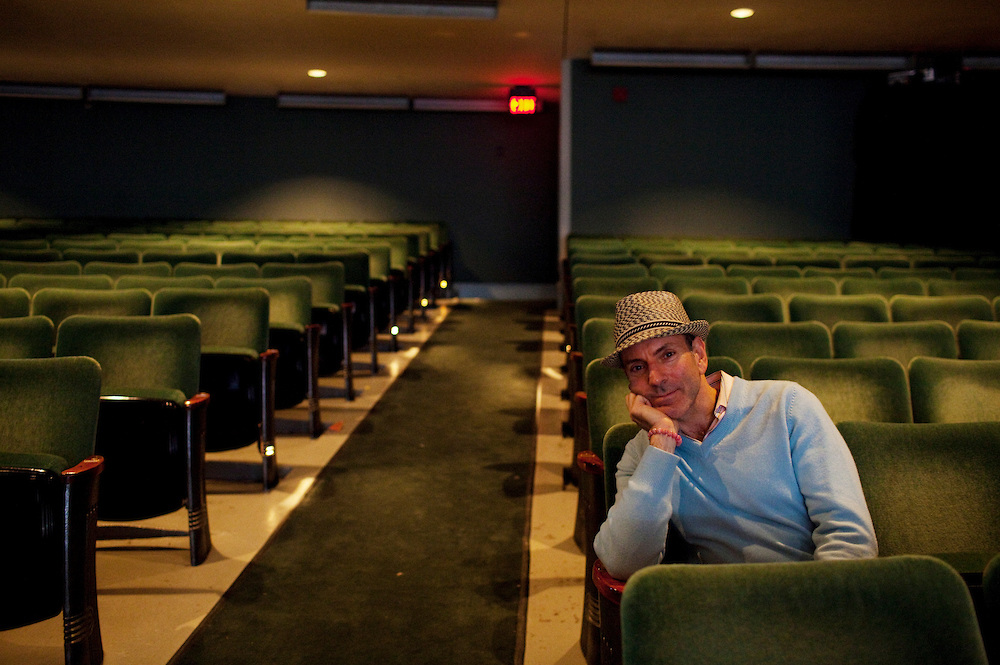 Composer Ricky Ian Gordon has written instrumental music over the years, but “there’s no getting around it,” he admits, “I’m most excited by the voice. My mother was a singer, I was her accompanist and a lot of what making music is about to me is my relationship with my mother. Also, when I was eight years old, I became obsessed with opera. But then, I was also obsessed with Joni Mitchell and the Beatles: I was obsessed with words through music. I’m less inclined to go to a symphonic concert than I am to go to the opera. I’m a man of the theater.”

Since Gordon’s first obsession had been opera, “I just started doing what I do in the opera world, but it doesn’t mean that I center my musical vocabulary there. Obviously, I like both worlds and I live in both worlds.”

As for Gordon’s 2014 opera “A Coffin in Egypt,” which is currently running at Chicago Opera Theater, “it is by all means, a hybrid. There is a spoken element, there is a gospel element, the piece really has its own rules. So I would say, yes, it’s an opera, but the term opera has been stretched and become a lot more elastic in the twenty-first century. And that started in the late-twentieth century when Meredith Monk could write ‘Atlas’ and it could be called an opera. Or when Philip Glass could write ‘Einstein on the Beach’ and it could be called an opera. Opera is changing. On the other hand, when I wrote ‘The Grapes of Wrath,’ when I first drafted it, there was some dialogue in it. And at the first workshop, I realized that every time the singers had to talk, it was like the air was being let out of the balloon. So it ended up through-composed, more like a traditional opera.”

Based on the 1980 Horton Foote play “In a Coffin in Egypt,” Gordon was thrilled when he was asked by Houston Grand Opera to write “A Coffin in Egypt” for legendary mezzo-soprano Frederica von Stade—known by her childhood nickname Flicka—who is performing it at COT. “They asked me if I would read the play, and I loved it. I really thought it was the stuff of opera because it is all about regret, bitterness, anger, self-forgiveness and self-delusion. It was really a rich female character. My vibe about Flicka was that she was absolutely capable of anything. She’s so beyond a deep artist and that incredible voice was part of my iconography from the time I was a child.”

The play is a long monologue for an actress who is supposed to be ninety years old, originally played by Glynis Johns. But Gordon and librettist and director Leonard Foglia, who had directed the original play, saw possibilities for opening up the drama by juxtaposing a musical narrative with flashbacks that are spoken.

“There was always an element of the play where there was a black gospel choir singing across the street in a church. I knew they wanted that to be an offstage element because at first, this really was going to be a one-woman opera. And then Lenny asked for actors, and as I was writing it, I was going to have a thirteen-piece chamber orchestra, the same size as the Britten ‘The Turn of the Screw’ orchestra. I slowly realized that the gospel choir can’t be offstage, that this is a prominent element of the piece and that I was going to need four, really good African-American singers who can handle both gospel and classical. I said, ‘I’ll trade you four musicians for four singers!’ So that’s how it happened that I have nine players. The whole shape of the piece changed because the gospel quartet became like a Greek chorus. It’s almost as if their journey and her journey start becoming inextricably linked and it’s as if they’re moving her toward the transfiguration that she has to have.”

Does Gordon think that “A Coffin in Egypt” would be a different piece if it had been conceived for a musical theater star rather than an opera star? “It’s funny you ask that because do you know Victoria Clark, who starred in ‘The Light in the Piazza?’ I think she could do this piece! I have a fantasy and so does Lenny, of at some point, doing it with a musical theater star. Flicka is sublime, but it would have a different kind of life. For one thing, it doesn’t go above an A, it’s written for the kind of singers I love to write for: Kelli O’Hara, Audra McDonald, Vicki Clark, Christine Ebersole. Other than all the opera singers I write for, those singers that can navigate the whole range and have a top, a bottom, and can sing all through the middle.”

By the same token, Gordon admits that some of his Broadway musicals could also be at home in the opera house. “My musical ‘My Life With Albertine,’ which was based on the Albertine sections of Proust, I would have written that the same for an opera house and I hope to do that in an opera house at some point. If you listen to my opera ‘27,’ there are full-throttle musical theater numbers in it. My style is my style and musically, I do whatever I think is going to be right for the moment dramatically. I feel like part of being a composer in the theater is to have as eclectic a musical vocabulary as possible.”