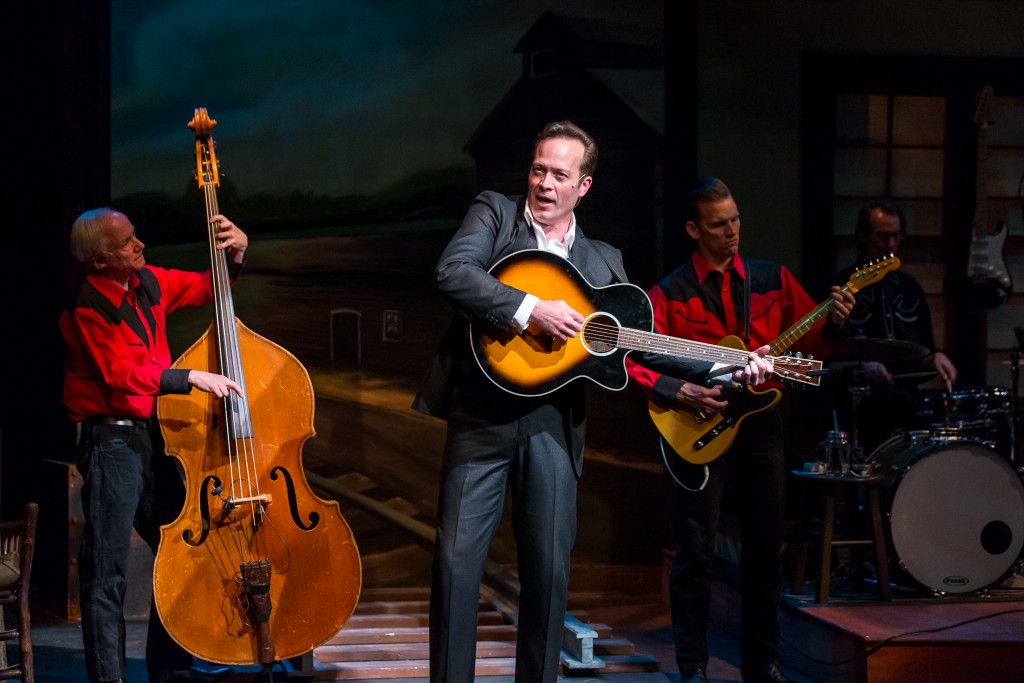 The music of Johnny Cash has a unique sound that elevates it past the rest of the country genre. Even those of us who aren’t terribly familiar with other country songs will know at least four or five of Cash’s works. Fans will recognize all of his greatest hits showcased in “Ring of Fire: The Music of Johnny Cash.”

More a concert than a play, the patter that falls between a few of the songs tells a glossed-over version of Cash’s life. Cash is played by two actors: Kent M. Lewis is Cash in his later years, looking back at days gone by; Michael Monroe Goodman plays Cash as a young man breaking into the music business and falling in love with his eventual wife, June Carter (Cory Goodrich).

Very little character development takes place, and there really isn’t any plot. Goodrich’s portrayal of Carter stands out for her clear character choices. Lewis captures the speech pattern and vocal sound of the Man in Black. Meanwhile, the rest of the cast possess a great deal of showmanship, and that’s what carries this production. The musical talent on the stage spills forth gloriously from the multi-instrumentalists who make up the cast. Goodman takes up the banjo, in addition to acoustic, electric, and slide guitar. Ensemble member Greg Hirte plays a mean fiddle, as well as the mandolin and the six-string guitar.

It’s easy to get swept up in the music thanks to the contagious energy of the performers. Stomping feet, spontaneous applause and singing along were common behaviors for the folks in the crowd I was in. And because these songs still maintain the tone of the working man and an air of mischievous fun all these years later, it doesn’t really matter that there is no story or conflict on the stage. Instead, there is a two-hour supply of entertainment. Sometimes that’s all you need. (Christopher Kidder-Mostrom)