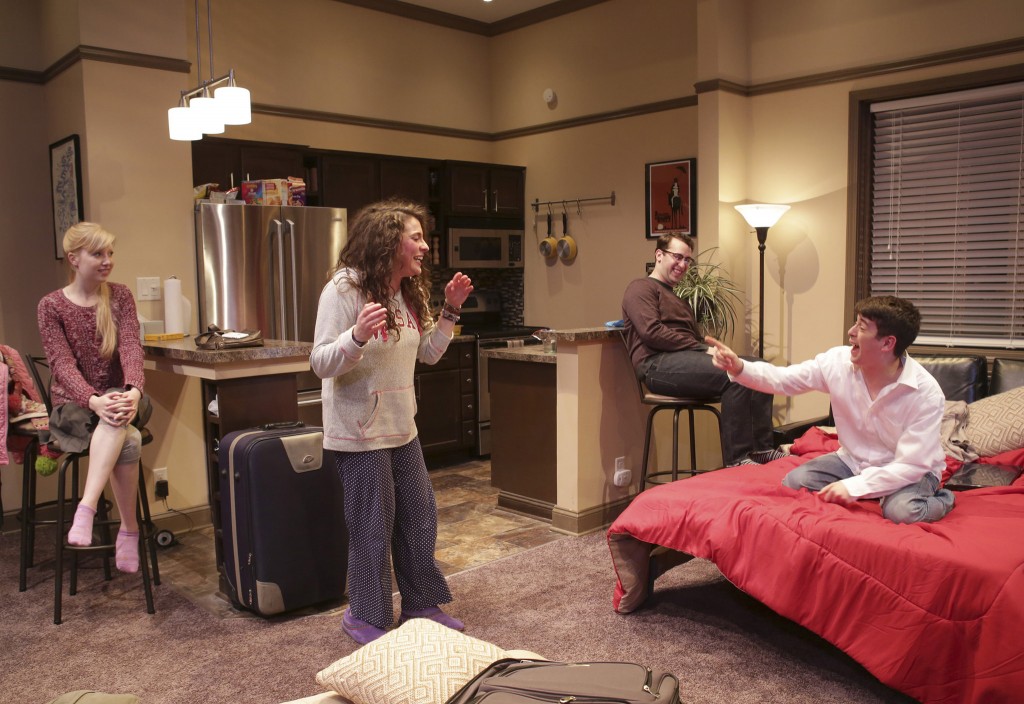 “Bad Jews” is kind of a cheap title, but it’s also a smart one. It reminds you of cable softcore porn or direct-to-video prank anthologies. It’s attention-getting in a lurid way. But it also happens to be true. Because Joshua Harmon has written a play about, well, some pretty bad Jews. Or maybe they’re not bad Jews per se, but just bad people who happen to be Jewish, whose identities—whether they like it or not—are inextricable from their heritage. Either way, Theater Wit has delivered a stellar piece of emotional bloodsport, courtesy of director Jeremy Wechsler and a game, jugular-slashing cast.

The characters in question are three twenty-something family members: soft-spoken Jonah (Cory Kahane), his uptight brother Liam (Ian Paul Custer) and their constantly outspoken cousin Daphna (Laura Lapidus). It’s the middle of the night and their grandfather has just died. Daphna is staying with Jonah in his Upper East Side apartment when Liam arrives home. Not only has Liam missed their grandfather’s funeral service, but he has brought along his kind, kinda dumb shiksa girlfriend Melody (Erica Bittner). The relentlessly and vocally devout Daphna is not pleased. So when Liam and Daphna both claim ownership of their grandfather’s cherished Chai, things turn ugly. Like “The Texas Chainsaw Massacre” only without chainsaws or Texas. The New Yawker Hurtful Swear-Filled Insults Massacre.

Lapidus deserves the brass ring for pure, sustained pugilism, even if Custer delivers what is possibly the show’s best, rantiest rant. The two go back and forth like weary but berserker-eyed opponents, with poor Bittner caught in the middle. Melody’s the play’s dumbest character but also its nicest. She never stands a chance.

But “Bad Jews” isn’t cheap either. It’s not the emotional Octagon. It is a heartfelt, almost rabbinical debate about what it means to be Jewish. It’s interested in cultural memory, institutional religion, and the tug-of-war between progress and tradition. But it is wise enough to differentiate between debate and drama. It gives us the first word of its title so that we will pay attention to the second word too. (Alex Huntsberger)