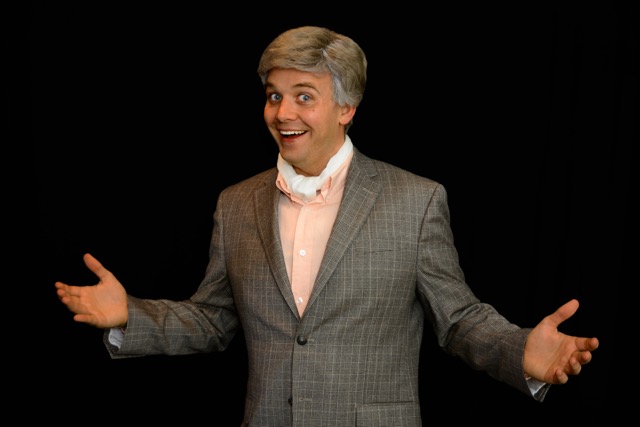 Chicago, as you may be aware, is the center of the universe when it comes to improvised sketch comedy. Stages are filled nightly by young comedians who are trying really hard to break into the upper echelons of the comedy field. Sadly, for the cast of “Antic’s Roadshow with Devon Myers,” trying really hard isn’t enough to make a performance worth watching.

The premise of the partly scripted performance is that an aging D-list celebrity, Devon Myers (Steven Lyons), has been tapped to host a PBS-like program conceived by Preston Antic (Scott Allen Curry). The program resembles what “Antiques Roadshow” would be like were it held on the Island of Misfit Toys. The show’s focus is primarily on the appraisers, rather than the items brought in by the studio audience. Each performer introduces themselves in a pre-written song which details exactly how messed up they are.

Every performance of “Antic’s Roadshow with Devon Myers” features three different improvisers who sing songs made up on the spot about items which the actual audience provides. The performers have varying levels of musical skill. There are fewer variations in the levels of their improvising abilities. While the majority of the cast struggles, Curry stands out as a solid musical performer: his dancing is sharp and his singing on key. Liz Joynt Sandberg’s portrayal of Babette Sandercocks, a feisty former Rockette, outshines her compatriots. She is both hilariously funny, and quite adept at piecing together clever impromptu rhymes.

As the host of the evening, Lyons works the audience from the moment he hits the stage. Much of his banter has potential to be funny, and some laughs are heard when the audience catches a glimpse of that potential realized. Lyons is sufficiently good at direct interactions with the audience, which keeps the performance moving along, glossing over the more painful contributions of some of the featured “appraisers.”

At an hour in length, the show isn’t a total waste of time, but half as long would be twice as good. (Christopher Kidder-Mostrom)