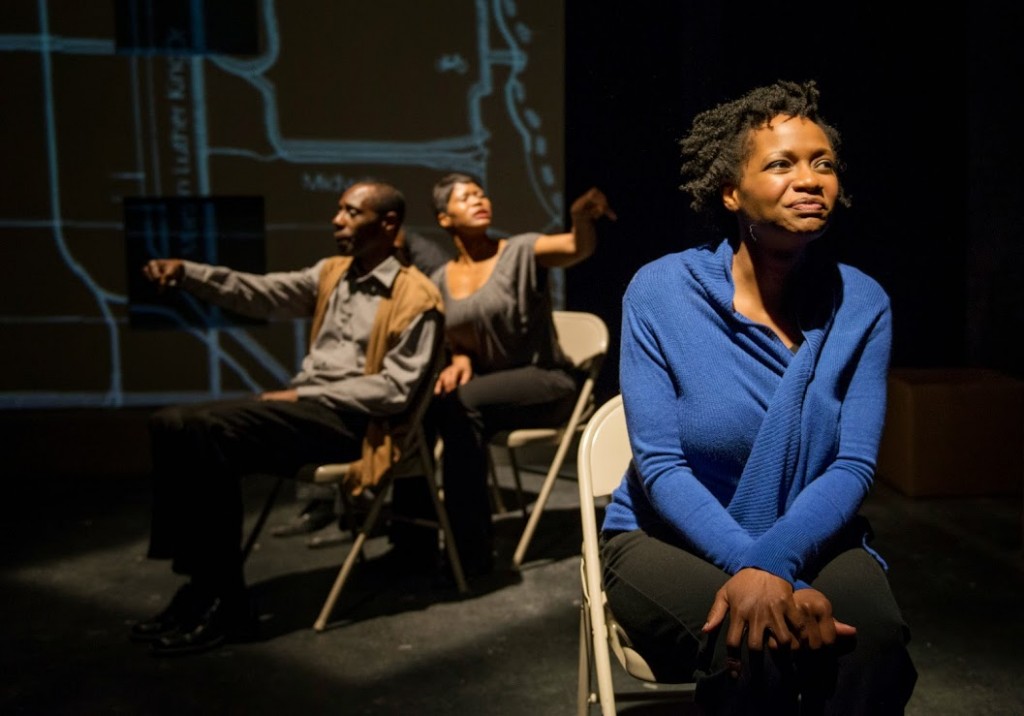 With its raft of good intentions, talented cast and relevant theme, this is a play that one very much wishes to like. But PJ Paparelli’s and Joshua Jaeger’s interview-based documentary take on the life, death and ambiguous transformation of Chicago’s massive housing projects offers neither a solid storyline nor point of view. Earnest and well-researched, “The Project(s)” comes off as a somewhat muddled and only intermittently engaging telling of a vital and potentially fascinating tale.

The eight performers portray various real residents of Cabrini-Green, Robert Taylor Homes, Wentworth Gardens and other mostly vanished monuments to bad architecture and bureaucratic indifference. Linda Bright Clay, Omar Evans, Kenn E. Head, Joslyn Jones, Stephen Conrad Moore, Penelope Walker, Anji White and Eunice Woods deserve kudos for their tough and tangy portrayals of the dreamers and victims, angry protesters and go-with-the-flow survivors who populated the highrise human storage systems of the postwar years. But under Paparelli’s direction, the characters never develop, and so the production is more of a collage of anecdote and incident than a three-dimensional human drama.

William Boles’ set design is a model of ingenious simplicity, with columns of video monitors arrayed like the windows of a generic highrise. However, the talking-heads staging is monotonous, and it becomes difficult to keep track of the interviewees’ lives over time.

It’s a wonderful thing to record the voices of the projects and to capture the flavor of those unique and tightly knit communities, with their moments of heroic resistance and will to endure in the face of hardship and humiliation. But one wishes that the play focused equally on the nature of a power structure that could contemplate the question of urban poverty and come up with Cabrini-Green as a solution. Crime, overcrowding, family dysfunction, segregation—the projects worsened every social problem they supposedly addressed, succeeding only in their underlying agenda of keeping poverty contained and out of sight.

“The Project(s)” gives us plenty of sadness and a ray or two of hope, which is all to the good. What it lacks, though, is the kind of deep self-examination and well-directed anger that produces real change. (Hugh Iglarsh)