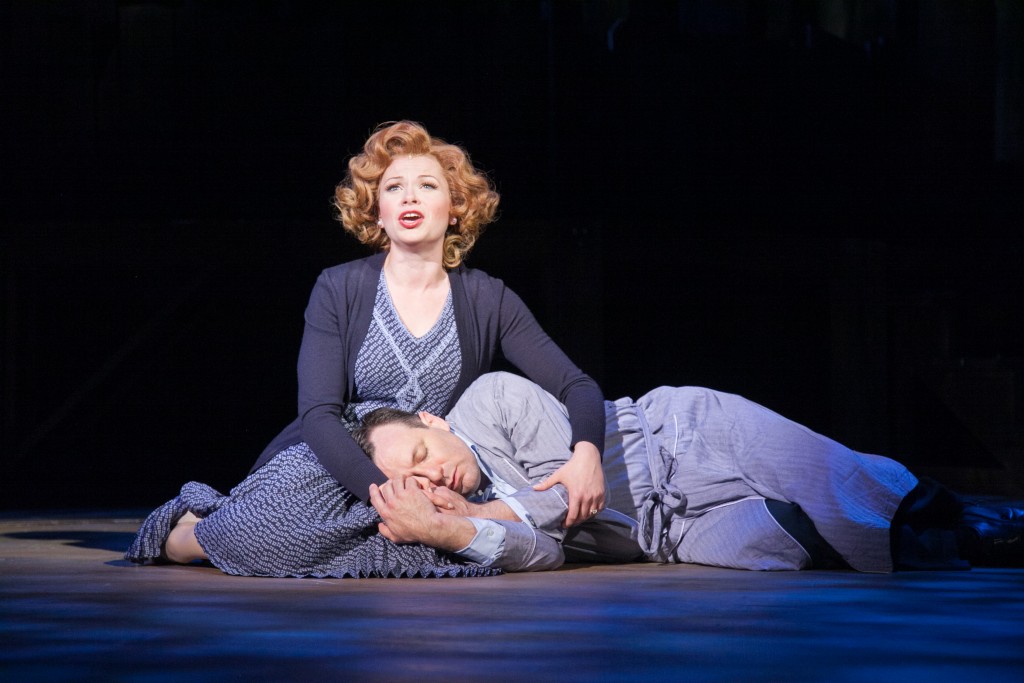 If you saw the pre-Broadway, Chicago run of “Big Fish” and thought it needed scissors and paste, or read the tepid New York reviews, mourning a loss of opportunity when comparing the show to the Tim Burton movie and calling Andrew Lippa’s score a “hack job,” with one “non-tune” after another, then you may wonder why the show has so many ardent advocates. The story of a mismatched father and son, trying to piece together a relationship as the son is about to become a father in his own right, while feeling that he hasn’t received the mentoring and role-modeling to do the job, is indeed a tattered trope. So why the audience fervor?

Because, though the show is short on plot, the passion and motivation for its storytelling springs into sharp relief, with the tale’s “why” taking center stage over the “when” or the “how.”

This is exactly what happens in Theatre at the Center’s production, with the show’s first professional return to Chicago. If Norbert Leo Butz’s heartfelt, whirlwind performance of the father drove the New York production, Chicago’s Stef Tovar gives him more than a run for his money, jumping from sixty years old to teenager in a flash. Tovar’s portrayal reconciles the disparity of the show’s central character, at once a distant, mostly absent father, and a fable-spinning, song-and-dance dad. Tovar sails through the show, onstage nearly the entire time, polished, solid, indefatigable.

No less open-armed is Colette Todd’s portrait of the mother, with her multicolored, lilting voice, and a bedrock connection to the paradigm of steadfast love. Nathan Gardner is a full-voiced, stout-hearted son, and Bethany Thomas’ Witch rocks the house. The ensemble, championed by the winning choreography of Linda Fortunato, always shines, with the “singers” presenting as believable “dancers,” and vice-versa.