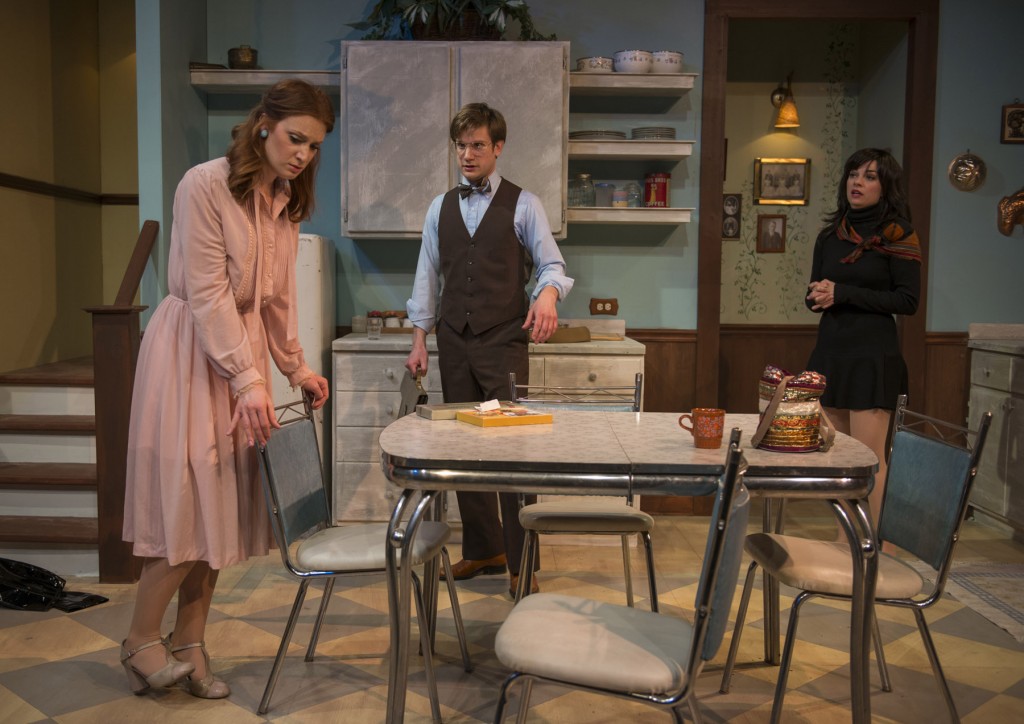 Beth Henley’s modern classic “Crimes of the Heart” won a Pulitzer Prize and is a perennial favorite at theaters across the country. So the final show of Step Up Production’s season starts on a good foundation. And in director Brad Akin’s hands, this tale of three Southern sisters goes from solid start to beautifully rendered whole.

Set in 1974, the play never seems dated. It sits comfortably in its intended time. Though the costumes (designed by Raquel Adorno) and set (Sarah Watkins) create a picture of rural life forty years ago, it is how the actors inhabit the play’s universe that makes it seem so real. Clearly immense care has been taken to make every move fit naturally into the play. Sarah-Jayne Ashenhurst and Amanda Powell (playing Lenny and Meg, respectively) seem especially at home on this stage.

In a play about a woman who has shot her husband and the effects on her sisters and their relationships, it is up to the actors to make those relationships the core of what the audience sees. From the opening scene where Ashenhurst’s Lenny is bothered by her pushy cousin Chick (Lindsey Pearlman), it is evident that the ensemble has focused their energies on creating completely believable interpersonal connections for these ladies.

The men of the cast are also particularly good. As young lawyer Barnette, Will Crouse is adorably awkward when interacting with Elizabeth Antonucci’s Babe. Crouse puts every line out there as if it truly was his own. And Drew Johnson’s earnest portrayal of Doc becomes heartbreaking when he finally confronts Meg about their past.

At its simplest level, “Crimes of the Heart” is about finding happiness in the people around you. This production understands that, and pays attention to the simple moments. The characters struggle, but find happiness. The audience doesn’t have to struggle at all to share in that happiness. (Christopher Kidder-Mostrom)