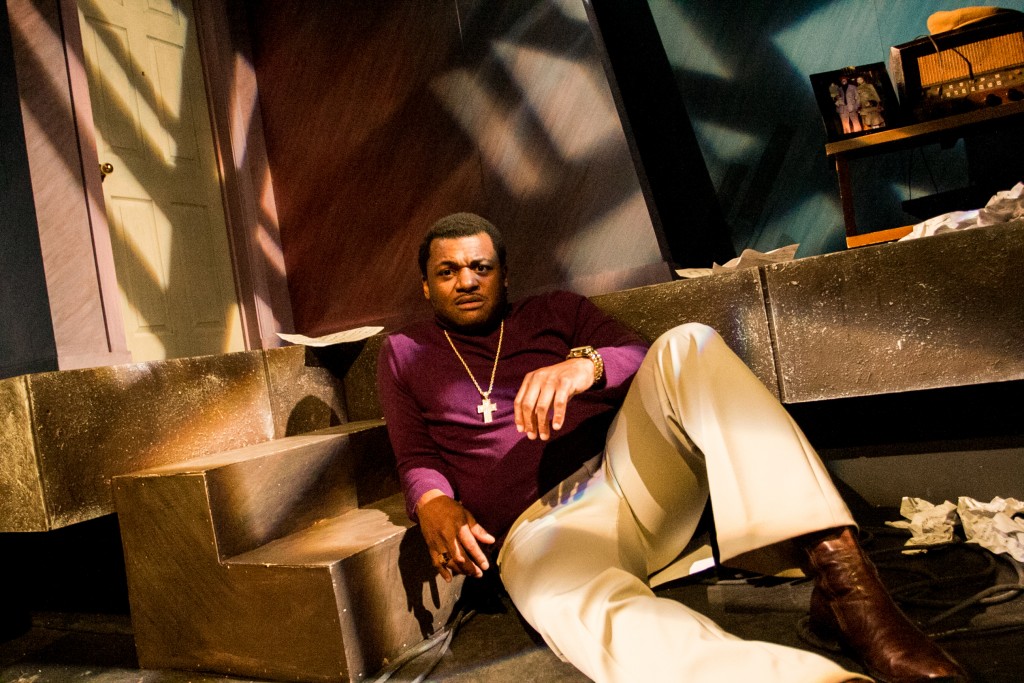 Donny Hathaway is one of the many popular musical geniuses who died too young. His voice was smooth and soulful, and his career was headed upward when he took his own life in 1979. Hathaway struggled with schizophrenia and its effects on his music and his family. In Congo Square Theatre’s “Twisted Melodies,” Hathaway lives again thanks to actor and playwright Kelvin Roston, Jr.

There is so much happening in this play that it is hard to believe that a single actor carries all the action on his own. And yet, Roston does just that. He is aided by an impressive soundscape created by Rick Sims, as well as an elaborate and beautifully realized projected environment created through the collaborative efforts of designer Dre Robinson and choreographer Joel Hall. The technical aspects allow us to see inside the head of a character whose mental activities we could only guess at were he to just tell us about his condition.

Roston sings throughout the play, and plays piano as well. And we see the fierceness with which he attempts to fight against his inner demons. Music is his weapon against the steady onslaught of his mind’s self-destruction.

Congo Square artistic director Samuel Roberson masterfully coordinates this complex universe and sets it within the walls of a small hotel room that encroaches upon Roston’s movement. It is a very effective metaphor for Hathaway’s feelings of being trapped within the world of his own mind’s making. When the walls actually do start pressing in on him, Andrei Onegin’s set actually does move to crush Roston’s character physically, it seems the most natural result of the action.

This is a play that warrants multiple viewings. It accomplishes an immersive experience that carries the audience through one man’s constant nightmares, and yet captures the joys of an artistic life made possible due to those waking horrors. Hathaway seeks understanding from his audience, and he thereby gives us a way to understand. (Christopher Kidder-Mostrom)