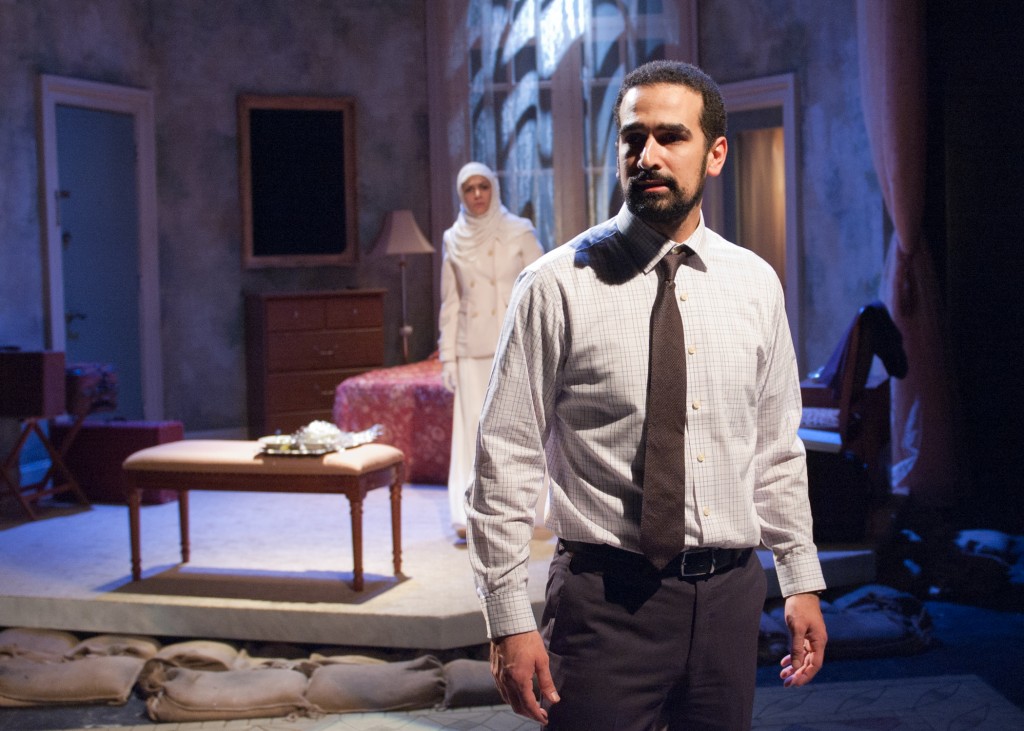 Midway through Michele Lowe’s “Inana, ” an Iraqi museum curator (Demetrios Troy) argues that the value of art cannot be properly assessed without historical context. His interloper, a renowned forger and his future father-in-law (Anish Jethmalani), contests that beauty affects those who perceive it regardless of circumstance. As a disagreement seemingly without the possibility of resolution, this argument captures the conflict at the heart of Lowe’s play and TimeLine Theatre Company’s production of it.

An ambitious and engrossing love story under the guise of a historical thriller, “Inana” is about the romance between a man and his country, seeking to articulate a specific and yet sadly familiar political context—a grossly misunderstood country on the verge of becoming the focal point of a misguided, self-righteous and not altogether coveted emancipation—while simultaneously exploring the intersections of history, religion and art.

“Inana” is built on restraint and the slow excavation of small tragedies that gradually reveal a great mosaic of a country in the midst of a tumultuous identity crisis. The characters themselves are forced to reconcile seemingly incompatible differences. In addition to the museum curator striking a deal with the forger in order to preserve the priceless statue for which the play is named, the curator’s bride-to-be (Atra Asdou) attempts to reconcile her love for a country ruled by a man whose tyrannical approach to religious law had her mutilated as a child.

As leads, Troy and Asdou get assistance from the charming Behzad Dabu and the haunting Arya Daire, both of whom gave fine performances in Victory Gardens’ production of “Samsara” earlier this year. Though the story itself bears little resemblance, there are thematic resonances between Lauren Yee’s globe spanning romantic comedy and Lowe’s geographic love story, not the least of which is our tendency as Westerners to project a savior/victim complex onto whatever geopolitical conflict is currently in vogue.

“Inana” admittedly requires a bit more intellectual curiosity than emotional openness and thus may not be everyone’s taste. In its defense, one does not have to go far to find theater that more adequately reflects our state of emotional impulse. As it turns out, there is much to learn if we let those so accustomed to obstruction speak their piece. (Kevin Greene)