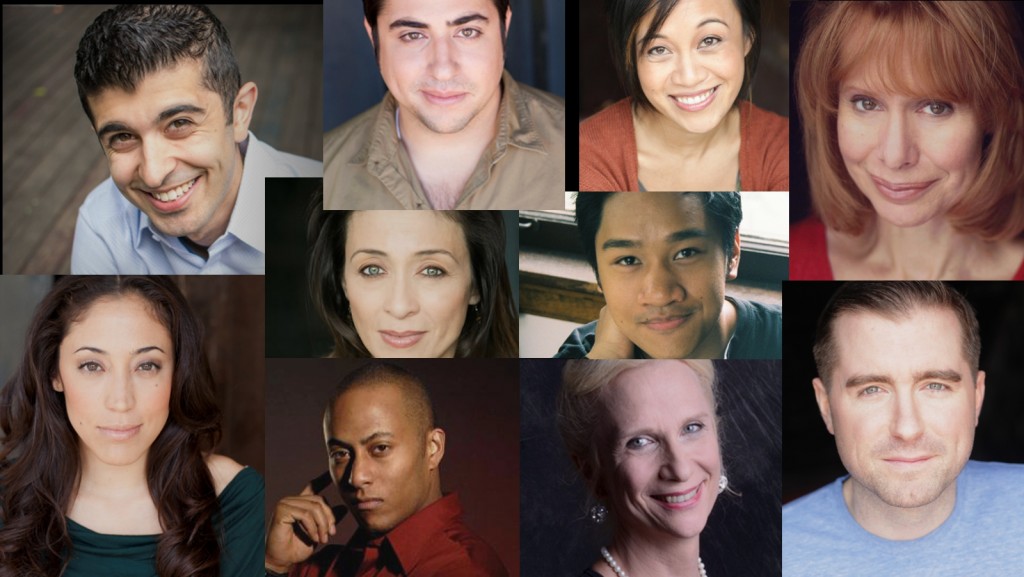 Emjoy Gavino, Michael Patrick Thornton and Chay Yew are familiar names in the Chicago theater circuit. Gavino is a teaching artist with Barrel of Monkeys, ensemble member of Remy Bumppo and was recently in Court Theatre’s world premiere of “The Good Book.” Thornton had a recurring role on the television show “Private Practice” and is a Jeff Award-winning actor who recently appeared in Lookingglass’ production of “Title and Deed.” Yew is an Obie Award-winning director and the artistic director of Victory Gardens. Individually, these three have impressive resumes. However, one challenge they, and many others in and out of the theater profession, have struggled with, is how to create a more inclusive and diverse environment within the city of Chicago for artists to grow. So, along with other members of the theater community, Victory Gardens and the League of Chicago Theatres are joining together to launch The Chicago Inclusion Project.

“We have exceptional African-American theater companies and Latino companies and LGBTQ companies, but it’s rare for all these different, vibrant communities to have the chance to share the same stage or even be considered for the same project,” says Gavino, The Chicago Inclusion Project’s founder and producer. “That’s our aim. That’s why this initiative is necessary.”

For the Project’s first production, Gavino has gathered a group of theater professionals to create a one-night-only staged reading of William Saroyan’s contemporary classic, “The Time of Your Life,” which was the first drama to win both the Pulitzer Prize and New York Drama Critics’ Circle award for Best Play. The show is set in a bar and has a host of patrons who stream in and out. One of the actors taking part in this inaugural reading is Michael Patrick Thornton.

“There was a long strain of kind of like ‘Have you been injured at work?’ kind of commercials that I would audition for… and that gets a bit demoralizing after a while,” says Thornton, who uses a wheelchair to help him get around. “Luckily, after ‘Private Practice’ happened, I had a team in place who would just kind of screen stuff. I kind of made it pretty clear then that I wasn’t interested in doing anything where the disability was taking center stage of the story. I was more interested in playing characters where it wasn’t mentioned at all and forcing the audience to live in kind of a context-less experience.”

Gavino introduced the Chicago Inclusion Project to Thornton after she was frustrated about going on a series of auditions for stereotypical roles. Thornton is hopeful that the reading can demonstrate the benefits of considering more diverse casting.

“[The Inclusion Project] put together an amazing group of artists,” says Thornton. “My hope is that casting directors, directors, get these people work because they’re good and they can act circles around most of the people in the city… My hope is that seeing this one reading with all these actors of different abilities and a cast that looks more like what the world looks like than most casts you see in Chicago will be eye-opening of the possibilities of how to cast plays and how to cast TV and film. My hope is that people get more work and don’t have to feel bad about themselves after an audition playing some ridiculous idea just because of what they look like.”

Though Yew is on the other end of theater production—behind the scenes as a director now, more than an actor—he didn’t start out that way. He easily relates to the difficulty some actors have to be seen more for their talent rather than what they look like.

“I think my entire life has been all about the question of ‘How do you get equity and parity on the American stage?’ How do we a) tell our stories and b) hopefully transcend our culture by doing plays usually not written for us?’” says Yew, who will be directing “The Time of Your Life.”

“When I was a kid growing up, I was a theater major and I remembered going out as an actor for roles, this was back in the eighties. I thought I was really good at some parts and thought I aced this particular audition and then to be told one day at the callbacks, ‘You’re great. You should have the part, but you just don’t look it, you know? You just don’t look like the people that were doing this play.’ It was Ayckbourn’s ‘Table Manners.’ ‘You just don’t look like you’re part of England.’ It was a wake-up call for me and, of course, being young and impetuous and opposed to feeling that way, I basically left the program and went into a different part of performing arts.”

Victory Gardens Theater has staged more world premieres than any other Chicago theater. Under Yew, Victory Gardens has become a leader in developing and staging works that represent a wide-range of communities as well diverse populations and varied experiences.

“At Victory Gardens, what I’ve taken to doing is to championing non-traditional casting in some places where [work] doesn’t really call for something specific,” says Yew.

Gavino hopes other directors will also make the practice of non-traditional casting the norm, instead of the exception, because of what can be gained.

“Our goal is to make it possible to ask the question for every role ‘Is there any reason that this role can’t be open to anyone regardless of race or gender identity or physical ability… Is it potentially more interesting to consider other options?’” challenges Gavino. “What we need to do is get everyone in the same room. What we want to do is to encourage and inspire the decision makers—the directors, the casting associates—to work toward that and we want to support them and show them that through our shared work and through a diverse audience response that [non-traditional casting can be] the right decision.”

The Chicago Inclusion Project’s staged-reading of “The Time of Your Life” takes place on June 1. Tickets are $15 and available at victorygardens.org. There is also an Indiegogo campaign to support this and future productions. Visit thechicagoinclusionproject.org for more information.