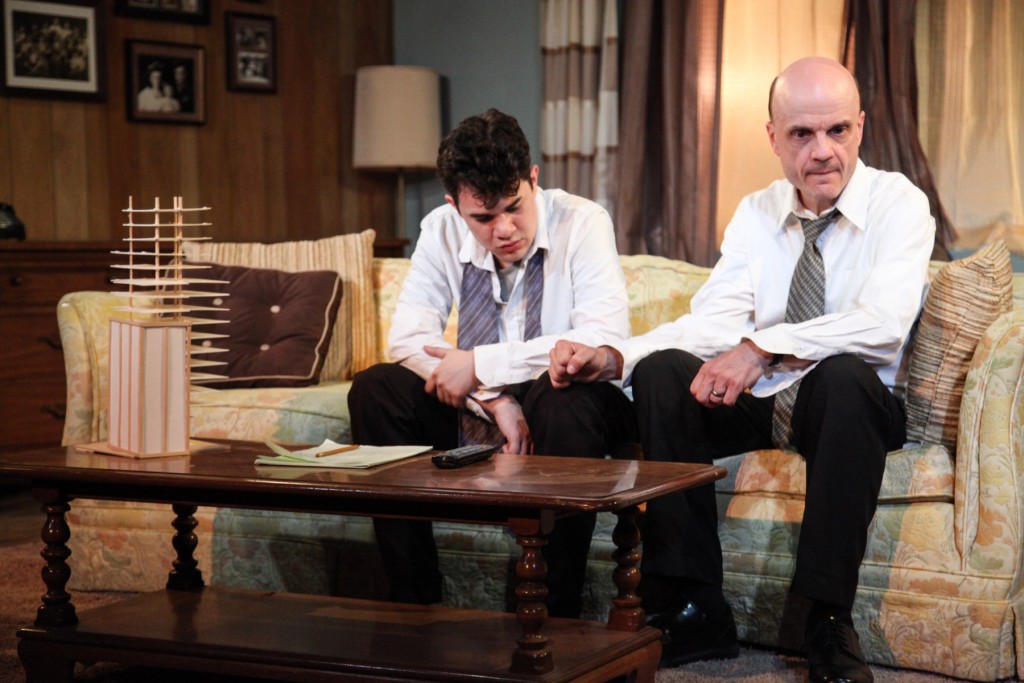 Mary-Arrchie Theatre Company’s production of Colleen Murphy’s “The December Man (L’homme de Decembre)” tells the story of a family dealing with the aftermath of the 1989 Montreal Massacre. During this mass shooting, a lone gunman walked into a university and killed fourteen women. The play mainly deals with how the trauma affects Josh (Rudy Galvan), a survivor of the massacre, and his parents Benoit (Mike Speller) and Kathleen (Barbara Roeder Harris) over the course of several years.

It’s a solid production. Matthew Gawryk’s lighting and Eleanor Kahn’s set design work together to create a stark image of a family coping with a level of trauma that they are not equipped to handle. And Andrew Rovner’s sound design—original composition and the occasional sound of a television set—are used to accent the overall feeling of helplessness that permeates the world of the show and its characters.

The cast does decent work here, conveying the frustration and sadness of their situation. But for a script that often treats tragedy with subtlety, the acting often feels like it begins at one level—angry shouting—and stays there throughout, with occasional periods of louder or quieter rage. Overall, the even tempo lowers the stakes of the show rather than increasing them over the course of time. When every character is constantly angry at every other character, that anger ends up feeling less important than it should.

Still, this is a strong show that has potential to be much better. Director Patrick New seems to have assembled most of the right elements, but the lack of nuance and the resulting feeling of lessened stakes cause it to just miss the mark. (Sean Kelley)