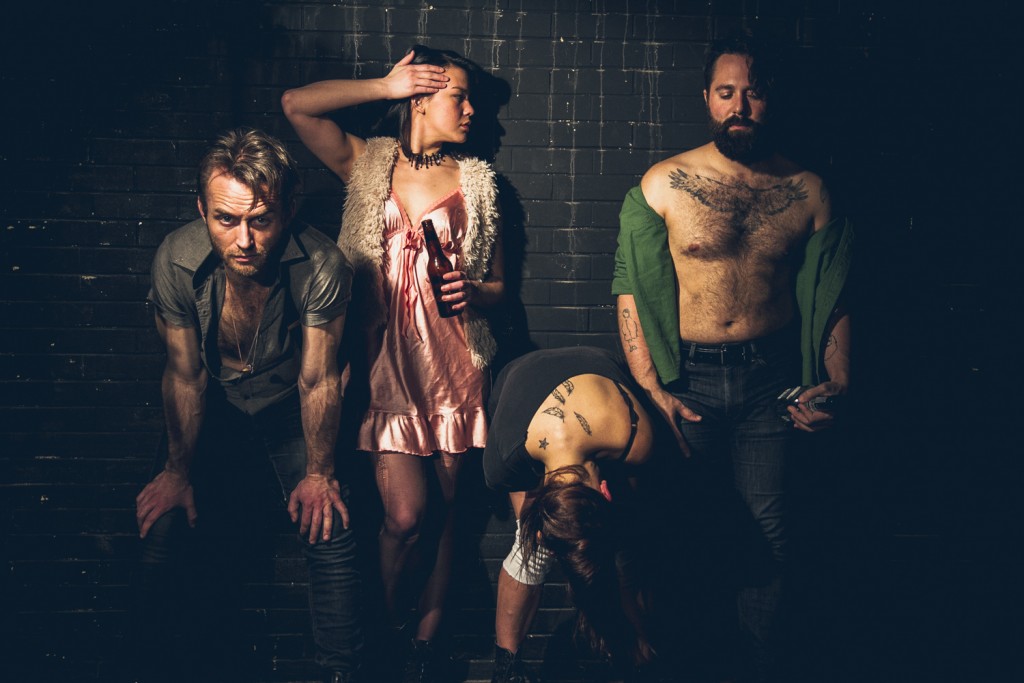 Those who say punk rock is dead have been spending too much time at the Wicker Park Urban Outfitters and not enough time right down the street at the Flatiron Arts Building, where the spirit of ’77 is alive and well. Flatiron is the temporary home of The Inconvenience, an interdisciplinary company that takes all the pretension out of the term “interdisciplinary.”

The Inconvenience kicks off their promising 2015 season with a dynamic evening of dance billed simply as “The Salts.” As a collaboration between Erin Kilmurray (who also performs) and Molly Brennan, the performance’s reference points are intentionally iconic: Iggy Pop, Velvet Underground, Patti Smith, Talking Heads. Yet the take is refreshingly modern, with frenetic choreography broken up by humorous interjections and politically charged vignettes. The routines themselves celebrate the spirit of punk: loose yet taut, zealous yet highly accessible.

In the 1970s, punk rock supplied a creative outlet for the marginalized. Routed in music but extending outwards into other art forms, punk brought creative liberation to an entire generation. Decades later, The Inconvenience continues in that tradition through the disassembly of conventional notions of expression. “The Salts” is music, dance, theater, performance art and social experiment all wrapped up in a chaotic and joyous hour of movement.

Rooted in non-conformity, “The Salts” interrogates the audience/performer divide. Shifting between live music (provided by local Chicago bands) and dance, the crowd is regularly drawn from one corner of the room to the other. Furthermore, the audience serves as an integral component in some of the night’s most memorable pieces. A hypnotic solo performance accompanied by Velvet Underground and Nico’s “Femme Fatale” finds dancer Katie Graves literally embracing the audience before finally enacting that timeless, spiritual gesture of punk rock: crowd surfing.

If there’s a point to the “The Salts”—and I don’t believe that art has to have a “point”—it’s that the boundaries between artist and spectator should be negotiable. The Inconvenience have several feathers in their caps already, not least of which is their entourage of exceedingly cool Chicago artists. Physical, earnest, diverse and inspired, “The Salts” is the kind of performance you’re lucky to see once a year. Don’t miss it. (Kevin Greene)

The Inconvenience at Flatiron Arts Building, 1579 North Milwaukee, theinconvenience.org, $25. Through May 30.