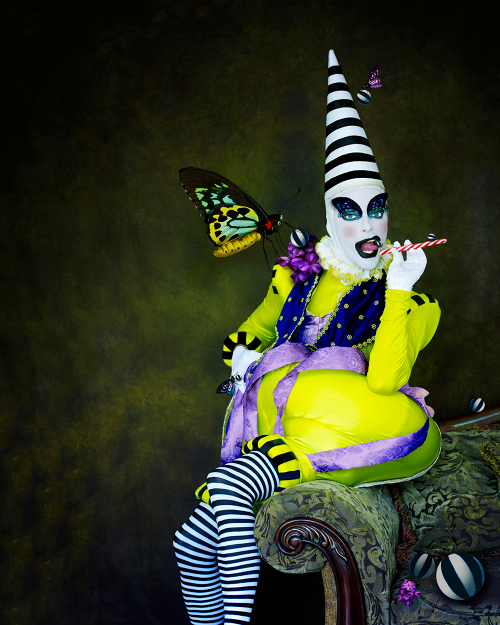 In May 2012, Julieanne Ehre and Katy Collins co-produced what they coined a “Fable Festival” in Edgewater. Cafes, empty storefronts and restaurants hosted such delectable, multi-discipline concoctions as puppet folklore, American mythology and ten different playwrights’ interpretations of “Little Red Riding Hood.” But what came next is anything but a fiction, although animals, mythical creatures, natural forces endowed with human qualities, and life lessons are still a part of the magnificent tale that has become Pivot Arts.

“This is a pivot of partnerships. We’re really about being a pivot-point for the arts, and bringing communities together,” Ehre, now Pivot’s director, told me over coffee in an Uptown cafe. Ehre had served as artistic director of Greasy Joan & Co. for five years, and was the NEA/TCG New Generations “Future Leaders” Fellow at the Goodman Theatre, where she served as producer on Latino Festival, New Stages Series, and conceived of and produced the Goodman’s “Artists Talk” series. Collins, (currently a Pivot artistic associate), had been the artistic director of Vintage Theater Collective, and was no stranger to production herself. Between the two, the wealth of talent on Chicago’s North Side, and the buy-in of local businesses, “Fable Festival” not only entertained and facilitated conversations both within the Edgewater/Uptown community but also “over the fence” as well, when residences of adjacent neighborhoods wandered over to see what all the fuss was about. But when the festival was over, what next? In June of 2012, the conversation began.

“What we decided we wanted next was to bring vibrancy to the Uptown/Edgewater/Rogers Park neighborhoods through innovative performance in reapportioned spaces,” Ehre said. Now in their third year, the summer festival has blossomed from a notion to a full-blown adventure, with the assistance of a quick-thinking alderman, well-placed and intuitive board members and associates, Loyola University’s gifts of rehearsal/performance space and funding, and neighborhood residents searching for community within walking distance. “This year there’s a special push to diversify our audience base,” said Ehre. “There are so many different constituencies living side-by-side here. There’s a big LGBTQ community, and immigrants from everywhere. At the Swift Elementary School, so many different languages are spoken.”

This year’s festival is primed to do exactly that. Students from Swift will design puppets which will be built by adult workshop participants led by puppeteers Lizi Breit and Dan Kerr-Hobert, then carried by their designers in Pivot’s first parade. Lifeline Theatre will present “The True Story of the 3 Little Pigs” at Loyola’s Newhart Theatre. Lifeline’s artistic director Dorothy Milne told me, “We love Pivot Fest. We do it to be involved, to help, and maybe we’ll meet some new audience. This year’s show has a rockabilly score, the wolf gets to tell his side, and the audience votes on his fate.”

There’s a Community Crawl writing workshop that ends with drinks and dancing, and the multiple performance spaces of the new Uptown Underground will light up with mime, improv, puppetry, clown and the stylings of the queer-performance-art-group-band BAATHHAUS. “Our audience spans all ages, colors, bodies and gender expressions, and that brings out people who want to be welcome and want to dance,” says band member Jesse Morgan Young.

Vanessa Valliere’s show “Honorable Mention” is another example of the adult offerings, and of the partnerships that Pivot forms with area artists. Valliere’s show incorporates elements of the clown training she’s received in Chicago, along with puppetry and doll parts. “I was doing a show at the Hopleaf bar, and when I finished, it was like a dreamy-dream, Julieanne walked up to me and said, ‘How can we support what you’re doing?’ That’s exactly what you want someone to come up and say to you after a show.” This year, Valliere is an artistic associate at Pivot, and was provided rehearsal space at Loyola through the partnership originally created between Pivot and the university’s community relations department, brokered through the assistance of Alderman Harry Osterman.

Loyola’s Jesuit foundational belief in community service matches perfectly with Pivot’s mission, and the continuance of that partnership now finds Pivot’s artists mentoring Loyola’s students. Loyola also provides performance spaces for the addition of the element of dance, allowing the dance/theater troupe Lucky Plush to present their piece, “The Queue,” which explores the experiences of travelers in an airport. “We use dialogue in a conversational way, off the cuff, provoking a sense of alive-ness,” their artistic director Julia Rhoads tells me.

Ehre’s philosophy is simple: “I wanted to contribute in a different way. I thought about the question on a micro-level, and also in terms of the city of Chicago. What does Chicago need, and how does that meet what I want to be doing?”

What better thinking to turn a Fable into a community-wide Fairytale?